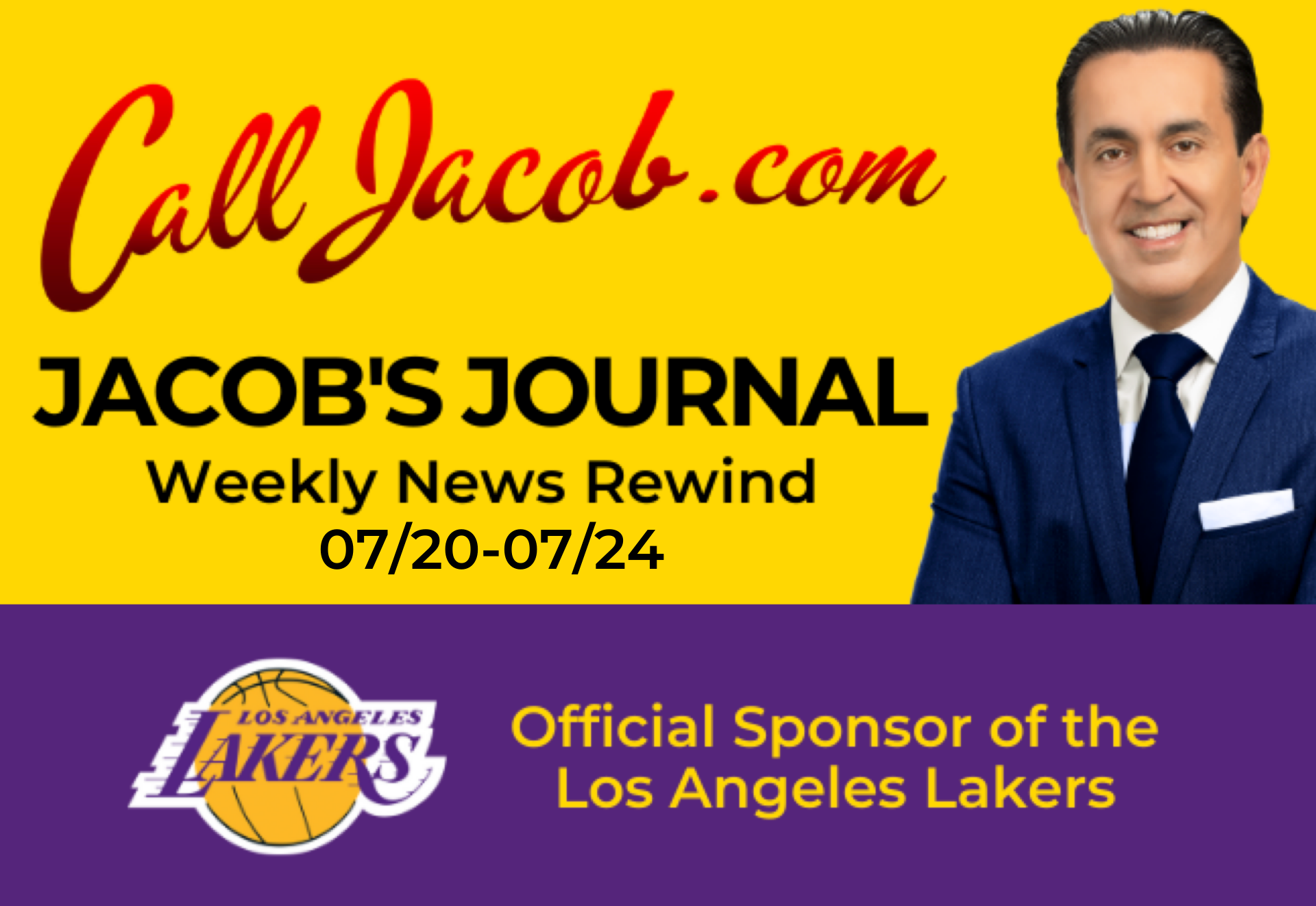 Wednesday, July 22 (ABC 7) – Governor Gavin Newsom announced during a Wednesday press conference that, over 24 hours, a record-breaking 12,807 people tested positive for COVID-19 in California. The case count reflects a 10% positivity rate among those tested. California now has the most confirmed coronavirus cases in the country, while New York has more positive cases per capita, the governor noted. On Monday, he announced changes in rules for hair salons, massage parlors, and other beauty services; those located in counties on the state’s watch list must close. Guidelines include use of face masks and outdoor reception areas for barbershops, among others for personal care services. A full list of guidelines has been published.

Tuesday, July 21 (KTLA 5) – California Highway Patrol officers engaged in a pursuit of an erratic driver in the San Fernando Valley at about 5:00 p.m. on Tuesday. Police followed the driver through streets in Woodland Hills. At times, the driver was on the wrong side of the road and also reached speeds of up to 80 miles per hour while being followed by LAPD units. The driver entered the 405 Freeway at about 5:40 p.m., speeding in and out of lanes and clipping a vehicle. After exiting the freeway in Redondo Beach, the driver pulled into a parking lot, then backed out when police units arrived and returned to the southbound 405 Freeway to the 110 Freeway. The driver was taken into custody shortly before 7:00 p.m.

LA Records Highest Number Of Stolen Cars In Over A Decade, With Coronavirus Likely To Blame

Tuesday, July 21 (CBS Los Angeles) – A report released on Monday revealed that 5,744 car thefts were reported to Los Angeles police in Q2 2020, the highest number since the LAPD made such data public in 2010. The total represents a 57.7% increase compared to the same period in 2019. The information is based on data collected by the nonprofit group Crosstown. The highest number of stolen cars, 327, was in the Boyle Heights neighborhood. The report suspects reasons for the spike include people leaving their cars parked on the street for long periods of time during the COVID-19 lockdown.

You Didn’t Imagine It. LAPD Seized Nearly Double the Amount of Illegal Fireworks This July 4 Weekend

Tuesday, July 21 (NBC Los Angeles) – The Los Angeles Police Department reported it seized 4,350 pounds of fireworks this year over the July Fourth holiday, nearly double that of the 2,350 pounds seized last year. Service calls increased 86.2% over 2019, with 8,155 calls reported in 2020. A Fireworks Reduction Plan launched by the LAPD and LAFD with the Los Angeles County Fire Department and My Safe LA included hanging fireworks banners at stations and using social media messaging to address the situation. The LAPD, in a statement, concluded that the COVID-19 quarantine impacted use of illegal fireworks this year.

California to Buy More Masks, But Will They Get to the Workers Who Need Them?

Thursday, July 23 (NBC Los Angeles) – On Wednesday, Governor Gavin Newsom said California will spend another $315 million to buy hundreds of millions of protective masks. The plan includes another 120 million N95 respirator masks and 300 million looser-fitting surgical masks as part of a contract with Chinese manufacturer BYD. In April, the state signed an initial $1 billion deal with the company. Newsom also blamed hospital systems and local governments for not getting masks and equipment to workers and promised the administration will be more aggressive in making sure they do, noting the work it has done to provide surgical masks to other states and those in need within California.

Tuesday, July 21 (CBS Los Angeles) – After a 49-year-old man was killed in a vehicle collision on Vernon Avenue last Thursday, police are searching for two vehicles. These include a light-colored SUV and a light-colored 2011-2015 Dodge Charger that struck the man after he was thrown by an impact with the SUV into the eastern left lane. Neither driver stopped to help the man. A reward of up to $50,000 is available to anyone who provides information that leads to the identification, arrest, and conviction of the suspects. To do so, they can call the Central Traffic Division at 213-833-3713 or 213-486-3713.

Thursday, July 22 (KTLA 5) – Two police officers were hospitalized after a traffic collision at Santa Monica Boulevard and Butler Avenue on Wednesday night. Police received the call around 8:37 p.m., while the LAPD said authorities found the driver ran a red light and hit the patrol car. The driver who struck the patrol car was issued a sobriety test at the scene. No information was available on the injured officers’ condition.

NBA TV to Televise 16 Scrimmages Leading Up to Season Restart

Tuesday, July 21 (NBA.com) – NBA TV announced it will televise 16 inter-squad games, beginning on Wednesday, July 22 with the Orlando Magic vs. the L.A. Clippers and the New Orleans Pelicans vs. the Brooklyn Nets. The scrimmages will last for seven days, which will be featured on the network, and include six double-headers and one quadruple-header. They will be available via NBA League Pass. The 22 participating teams include eight in each conference with the highest current winning percentages, and six that are within six games of the eighth seed in either conference. There will also be eight live “seeding games”, which will begin on July 31 with the Portland Trail Blazers and Memphis Grizzlies. The full schedule is available at NBA.com.