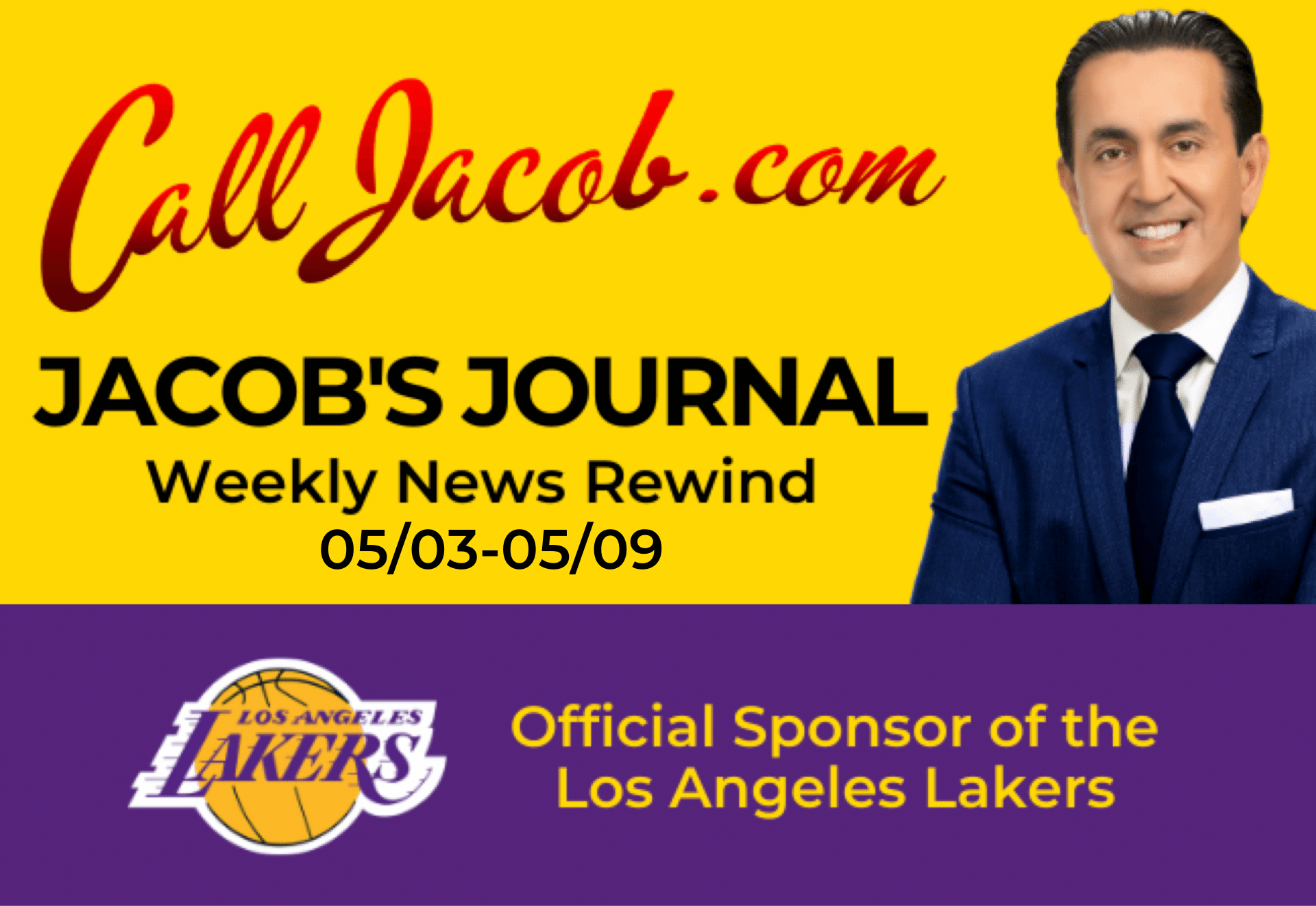 Monday, May 3 (Deadline.com) – In light of word that the Food and Drug Administration was preparing to authorize use of the Pfizer-BioNTech COVID-19 vaccine to kids 12 to 15 years old, officials in Los Angeles said Monday they were prepared to act once the FDA granted approval. Los Angeles County Public Health Director Barbara Ferrer discussed plans to administer vaccines and the need to protect children as youth hospitalizations in the county have increased. Currently 56 schools in L.A. County are operating as vaccination sites. Pfizer has reported strong antibody responses in clinical trial volunteers and no symptomatic infections among adolescents who were vaccinated.

Tuesday, May 4 (Deadline.com) – On Tuesday, Los Angeles County officially qualified to move into the Yellow tier of California’s COVID-19 reopening plan. It follows San Francisco and Trinity County that have done so. So far, Los Angeles is the only county in Southern California to reach the Yellow tier, providing 11 million residents with more freedom to move about, while Orange County remains in the Orange tier, yet hospitalizations fell below triple digits on Monday for the first time in months. On Monday, LA. County reported zero COVID-19 deaths, while statewide, coronavirus hospitalizations fell to a pandemic-record low with a 1.1% test positivity rate.

After entering the Yellow tier, movie theaters, theme parks, concert venues, fitness centers, wineries, breweries, and other business can increase capacity. This includes locations such as Dodger Stadium and Universal Studios. The state’s Blueprint will no longer be in effect as of June 15, according to state officials. That means within weeks, there may be no more restrictions.

Wednesday, May 5 (ABC 7) – COVID-19 vaccinations are now available at CVS and Walmart without an appointment. CVS, which has 1,115 locations in California, also offers same-day scheduling with some appointments available within one hour of signing up. The chain announced it has administered over 17 million doses in the U.S. as of Wednesday. In addition, Target stores with CVS pharmacies are offering a $5 store coupon to those who receive shots there.

Walk-in vaccine appointments are also being offered at Walmart and Sam’s Club at all 308 locations in the state, along with scheduled appointments. Vaccine recipients do not have to be Sam’s Club members. As part of the company’s Get Out The Vaccine campaign, it will send mobile clinics into communities, events, and gatherings.

Tuesday, May 4 (ABC 7) – On Tuesday, a two-vehicle collision on the 405 Freeway in Hawthorne left at least one person dead. The accident, which involved a Ford Mustang and Chevy Camaro, happened shortly after 3:00 a.m. near El Segundo Boulevard, the California Highway Patrol said, and resulted in the closure of all northbound lanes for several hours. Traffic was diverted to the 105 Freeway during the cleanup. According to the CHP, an unconscious male was found inside the Mustang. All lanes were reopened just after 8:00 a.m. while investigators worked to determine the cause of the collision.

Wednesday, May 5 (KTLA 5) – On Wednesday, the Orange County Sheriff’s Department released the names of Jacob Rolon, 32, of La Mirada, and Alexander Smiller, 63, of Los Angeles, who were killed in a violent crash in Anaheim on Tuesday. A third person was also killed when a Kia SUV collided with a Mercedes-Benz sedan at Brookhurst Street and Orange Avenue around 2:50 a.m. The Anaheim Police Department said all three, who were occupants of the SUV, died at the scene. Two women believed to be in the Mercedes, which had erupted in flames, were seriously injured, according to police. Investigators were still looking into the cause of the crash, but believe speed played a role.

Monday, May 3 (AP News) – A boat wreck near San Diego involving a 40-foot cabin cruiser, overloaded with 32 people, follows other incidents involving the risks smugglers put on migrants in the name of profit. Three people were killed and another critically injured when the boat capsized off the San Diego coast on Sunday. On Monday, the Coast Guard ended its search for survivors of the wreck near the Cabrillo National Monument. It also follows an accident involving a panga boat with six migrants aboard; in October, the pilot of that vessel was sentenced to seven years in federal prison and was also convicted of smuggling in another maritime incident in January 2019.

An official said the pilot in Sunday’s wreck may have been trying to blend in with pleasure craft. Multiple people were reported overboard. The vessel had life preservers, but it wasn’t clear how many passengers were wearing them. Illegal migrants from Mexico, Guatemala, Honduras, and El Salvador have been immediately expelled to Mexico under pandemic-related health orders, while President Joe Biden has exempted unaccompanied children from expulsions.

Tuesday, May 4 (KUSI) – Donald Lee Farmer, 19, was arrested and booked Tuesday on suspicion of DUI, gross vehicular manslaughter, and driving without a license, jail records show. On February 12, his Mercedes-Benz broadsided a Toyota sedan leaving a parking lot at Poway High School, killing the driver, 54-year-old Steve Pirolli, and his 13-year-old son Steven. After reconstructing the accident, said a sheriff’s official, it was determined that intoxication played a role in the collision. Farmer is currently being held on $250,000 bail at the San Diego Central Jail.

Coronavirus: 55 New Cases, Hospitalizations Dip Below 100 in Orange County as of May 3

Monday, May 3 (The Orange County Register) – On Monday, the OC Health Care Agency reported 55 new coronavirus cases, increasing the cumulative total to 254,044 in the county. In the last 14 days, 891 new infections have been reported. No COVID-19 related deaths were reported on Monday; the most recent such death was recorded on April 18 per death certificates, case investigations, and other data. On Monday, 95 confirmed cases were reported at Orange County hospitals, compared to 134 on April 17, the first time fewer than 100 people were hospitalized since April 2020, when statistics began being reported. Also, the California Department of Public Health provided additional updates on vaccine doses distributed, tests given, and total deaths broken down by age group.