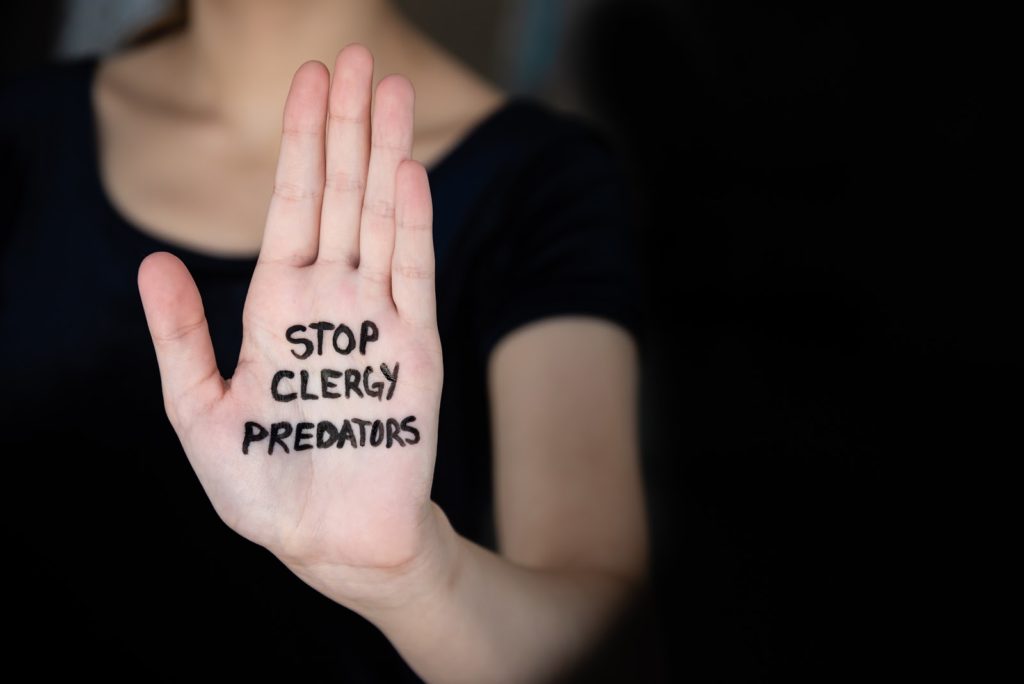 It looks as if the courts in two major U.S. states are finally starting to rule in favor of sexual assault victims, rather than protecting the perpetrators or institutions that have been engaged in sexual misconduct for generations.

The latest chess piece to fall following the passage of New York’s Child Victims Act, which allows victims of historical childhood sexual assault to file civil lawsuits, is the Diocese of Buffalo. The parish filed for Chapter 11 bankruptcy shamefully seeking financial protections from any upcoming litigation and potentially large settlement payouts. This comes after an identical Chapter 11 bankruptcy filing on behalf of the Diocese of Rochester back in September.

The Catholic Diocese of Buffalo, the largest in upstate New York, offered this statement on its website, saying that the filing was necessary “to continue uninterrupted its mission throughout Western New York, while working to settle claims with existing Diocesan assets and insurance coverages.”

In the past, restrictive statute of limitations laws have made it impossible for victims of sexual abuse, at the hands of the Catholic church, to come forth and hold guilty parties accountable. But now a butterfly effect of reform is being felt throughout key states.

For decades, lawyers, judges, and victim advocacy groups have been pressuring lawmakers in New York State to amend laws that have since prevented victims from having their day in court. Until recently they have been largely unsuccessful due to efforts of powerful figures in the Roman Catholic church, insurance companies and private school leaders. All of which have conspired to cover up indiscretions and thwart any attempts for criminal and civil justice.

In response to the growing outcry and unrelenting barrage of countless victims, all of which are willing to publicly testify, both the District of Columbia and the state of New York have amended laws that bring their policies more closely in line with states like Maryland and Virginia, and the rest of the country for that matter. This essentially opens the floodgates for thousands of sexual abuse cases to be heard, much to the dismay of the Catholic church.

The New York Child Victims Act was a bill that had floundered for 13 years under a previously Republican-controlled Senate. Conservatives flat out refused to even vote on the bill, claiming that by permitting victims the ability to come forth, it may lead churches, community organizations, and private schools to file for bankruptcy.

But last November Democrats took control of the once Republican-run New York State Senate, finally tipping the scales in favor of strengthening protections for child abuse victims. In an overwhelming majority, the New York Child Victims Act passed Assembly 130-3, ending the year’s long battle with some of the state’s most powerful special interest groups.

Before the New York Child Victims Act was signed into law, every childhood sexual abuse case had to be brought before the courts no later than the survivor’s 23rd birthday. According to victim advocacy groups, only Alabama and Mississippi have similarly restrictive laws that prevent victims from seeking justice years later.

In a big win for childhood sexual abuse victims, under the new law, criminal charges can be filed against perpetrators until the victims are 28 years of age, and the law extends the civil suit age to 55. Meaning, even if the victim is now too old to pursue criminal charges to have their abusers incarcerated, they can still file in a civil court to be awarded compensation if they are under the age of 55.

The New York Child Victims Act also included a clause called the ‘look-back window’. This essentially affords victims that fall outside of the new statute of limitations a one-year grace period to file sexual abuse claims. Since the look-back window was opened, more than a thousand complaints have filtered in as of January 31 of 2020. This ultimately led to the Diocese of Buffalo filing for bankruptcy.

The most forceful opposition to the New York Child Victims Act came from New York’s Catholic Conference, led by Cardinal Timothy Dolan, who spent close to $2 million on lobbyists to prevent the bill from passing.

When New York Governor Andrew Cuomo signed the bill into law he said he was following the lead of Pope Francis, who called for a more thorough “reckoning of crimes committed by priests and other church officials.”

In December of 2019, Pope Francis announced that he would be ousting a policy entitled “The Pontifical Secret.” This is a policy that the Vatican has lived by for over a hundred years and was designed to keep child sex abuse by clergymen a secret. Shocking, isn’t it?

Sadly, even this announcement by the Pope himself does little to undo the damage already inflicted on young children, or to make public the thousands of offenders still active in the Catholic church that have yet to be prosecuted. To this day Pope Francis is keeping the names of thousands of credibly sourced sexual abuse offenders under lock and key.

While the New York Child Victims Act allows for a slew of sexual abuse cases to be heard in a court of law, and is a significant path forward for victims of sexual abuse, until the Vatican releases the complete list of sex offenders’ names that it is protecting, total justice will not be served.

In another landmark win for sexual abuse victims, on January 23, 2019, lawmakers in Washington D.C. signed the D.C. Sexual Abuse Statute of Limitations Amendment Act that limits restrictions on prosecuting sex offenders and extends timelines for filing civil claims. This enables more sexual abuse survivors to come forward and face their perpetrators in court.

The bill also requires that police departments keep any evidence, physical, written or recorded, for at least 65 years from the date the case was first reported to authorities. This all but phases out the use of fictitious names in indictments, which had become a problem when charges were brought against high-profile offenders like the Catholic church or the Boy Scouts of America.

This ensures that not only are the perpetrators being held accountable, but so are law enforcement agencies or any authority that actively tries to conceal the truth by failing to report sexual abuse cases to the District Attorney.

Can Victims of Sexual Abuse File a Civil Lawsuit?

Simply put, yes! Because personal injury includes physical harm or any injury that results in severe emotional trauma, as long as the victim is not at fault, it may qualify as a personal injury case. It is not uncommon for sexual abuse victims to suffer lasting emotional injuries that are akin, or identical to PTSD. Victims are well within their rights to sue for compensation to pay for past and present medical bills, therapy, decreased quality of life and pain and suffering.

Victims seeking compensation for past sexual abuse by way of civil action should be forewarned that it is a tricky process and not for the faint of heart. Victims choosing to go down this path need to be aware of the uphill battle. You will need a personal injury attorney that is well-versed in sexual abuse laws and has experience litigating sexual assault cases.

While some personal injury attorneys may say they are experienced in sexual harassment and sexual assault cases, beware of lawyers that aren’t forthcoming with their track record of success. Because of the unique nature of civil lawsuits pursuant to sexual assault allegations, you will want to carefully consider who you choose to represent you.

If you are a minor, or have a child that was injured as a result of someone else’s negligence or indiscretions, Jacob Emrani can help you get the compensation you so justly deserve. The Law Offices of Jacob Emrani is a leading personal injury law firm in Los Angeles and has experience settling sexual assault cases.

Jacob Emrani and his firm of world-class personal injury attorneys have won multi-million-dollar settlements in many cases. We don’t charge fees unless you win your case. For a free consultation, call 1.805.491.9284 or reach out to us online today.