Skip to content
What Does It Mean to Renege an Insurance Claim?

What Does It Mean to Renege an Insurance Claim? 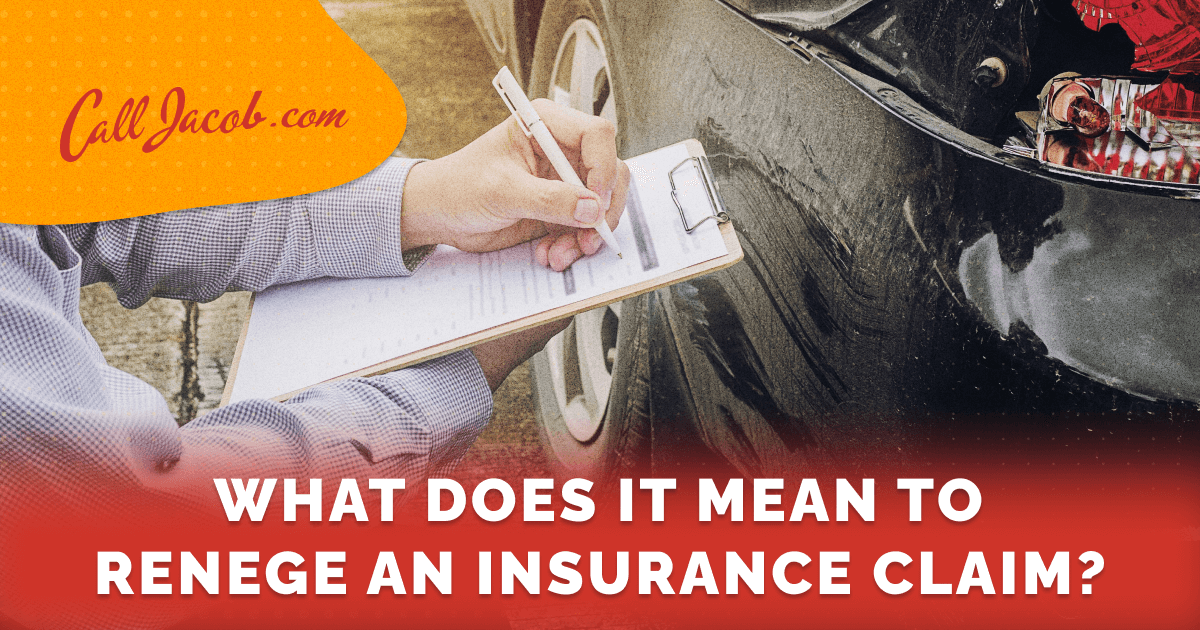 Renege Definition: Reneging means that a party with a contract or agreement they previously accepted breaks that agreement or goes back on their promise.

Over the years, we’ve seen numerous instances of bad faith insurance. An issue that personal injury claimants often face is when an insurer tries to renege on its obligations, such as when it refuses to pay a legitimate claim or even investigate the policyholder’s claim within a reasonable amount of time. It may be illegal to do so unless the insurer has a compelling reason to not honor its contract.

How Do I Know If My Insurer Is Acting in Bad Faith?

When your file a claim, the insurance company has the upper hand when it comes to settlement. They have much more experience than claimants and have greater financial and negotiating power. There are many loopholes they can use to delay or avoid paying claims. However, there are instances when you can file a lawsuit. An insurer may be in violation of the law for:

However, the situation does not constitute bad faith if the insurance company, agent, or adjuster made a mistake. Insurers can avoid acting in bad faith by explaining why they refuse to cover a claim. Otherwise, they can be cited for an act of negligence, whether it is intentional or not. Ignoring evidence, or looking for facts that support the basis for denying a claim, is also considered bad faith.

What Do I Do If an Insurer Reneges My Claim in Bad Faith?

The way insurance bad faith is handled varies from state to state. In some states, it’s considered a tort. In others, it is considered a breach of contract. Under tort theory, an insurer owes policyholders a duty of good faith and fair dealing.

To prove a common law claim of bad faith, you must establish your insurance claim was valid under the terms of your policy. Documentation that the insurer denied your claim is required as well. You also must show that the reason for withholding benefits was unreasonable, based on the circumstances and facts at the time the insurer made the decision.

Different laws apply to insurance companies that act in bad faith. Some require them to pay basic damages in compensating the victim. This is typically above and beyond the amount owed under the claim, covering out-of-pocket expenses and borrowed funds. Lost wages and attorney’s fees may be included as well. In extreme cases, punitive damages may be awarded by a jury to punish the insurance company and discourage it from such conduct in the future.

However, if it’s determined the insurance company simply made a mistake, it would simply be required to pay the claim.

At The Law Offices of Jacob Emrani, we have a full understanding of the renege definition and years of experience fighting unscrupulous insurance companies. We provide full representation for our clients, having recovered millions of dollars in damages. Serving all of California, we specialize in all types of personal injury cases, including transportation accidents, defective products, and medical malpractice. To schedule your free consultation, contact us online or call 888-952-2952 today.