What Are Nominal Damages? 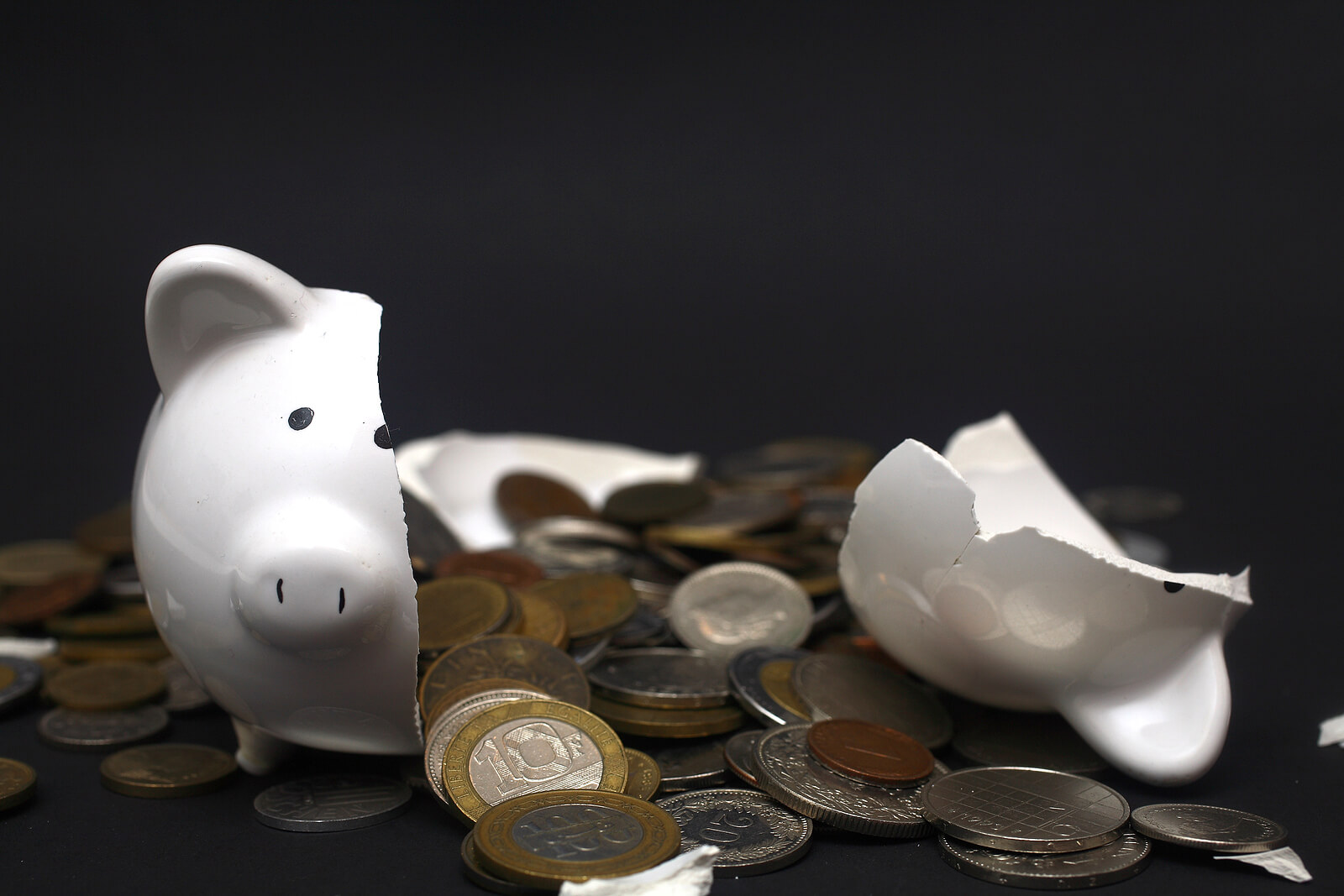 In a civil case, damages refer to the monetary compensation to the plaintiff by the other party, which has been found to have breached a duty or violated a right recognized by the law. Common forms include compensatory damages, which compensate for loss or injury, and punitive damages intended to punish the wrongdoer. Another, which you may not have heard of, is nominal damages. We will now explain this term in more detail.

Nominal damages, like the name implies, involve a trivial sum of money. In the majority of civil cases, the amount awarded is one dollar. But depending on your jurisdiction, the context of the case can play a role. In fact, $100 in nominal damages was awarded in the case, Fisher v. Barker, in 2005, with the Court of Appeals of Ohio, Second District. 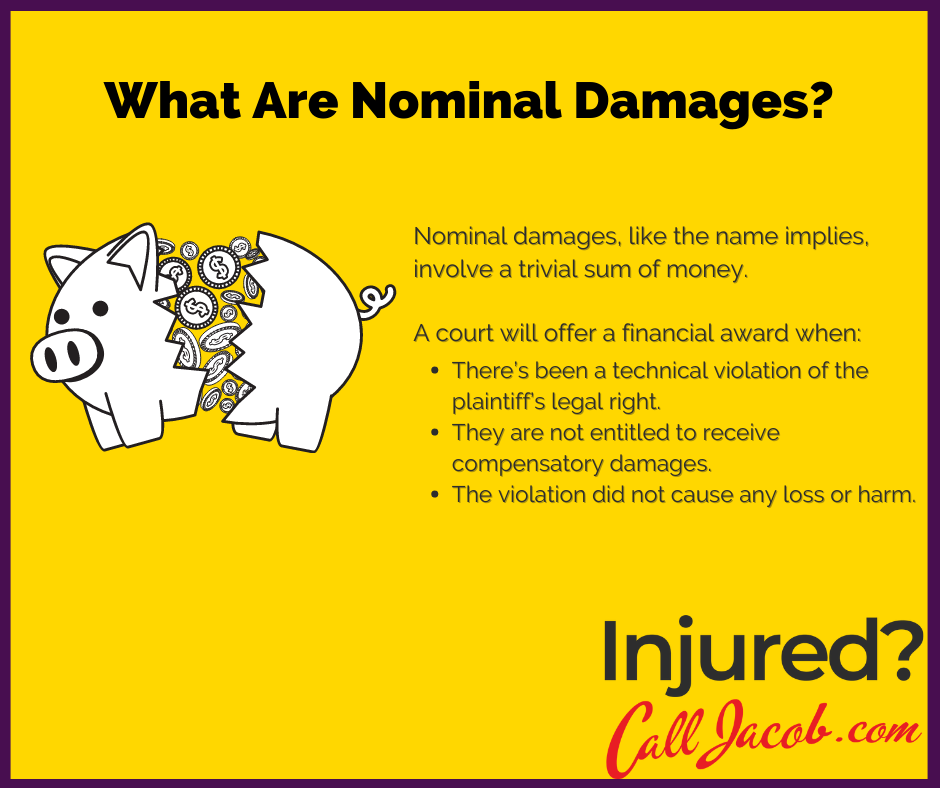 A court will offer a financial award when:

It is the court’s way of commemorating the nonbreaching party’s vindication. Overall, damages, are awarded to help make the plaintiff whole again. But sometimes they can’t prove there were any losses due to the defendant’s negligence or breach of duty. There may be no actual damages at all.

Aside from compensatory and punitive damages, other types of damages a court can award include incidental damages, those for expenditures the nonbreaching party incurs for trying to minimize the loss. Consequential damages compensate for losses that occur because of the breach, but not directly from the wrongdoer’s actions. Generally, legal expenses aren’t included, unless stated by the contract, but can’t be charged to the defendant unless the nonbreaching party is involved in a lawsuit with someone else as a direct result of the breach.

If the actual amount of damages is hard to determine, the court enforces liquidated damages. The sum must be reasonable, however. Proof must be presented at trial and the excess is considered a penalty if the liquidated sum is unreasonably large.

Compared to these, the sum awarded for nominal damages is miniscule. It does not compensate for any specific loss or harm to an individual or property.

Why Are Nominal Damages Awarded?

In some cases, they cover part of the plaintiff’s legal costs. The nonbreaching party has not established a need for significant compensation, since no substantial losses have occured. Such an award may be provided when the plaintiff seeks compensation but has failed to present the right evidence, or has been victimized by the defendant’s actions or negligence, but did not suffer a physical loss.

Basically, these damages represent the court’s acknowledgement of a violation in the person’s rights. The plaintiff typically doesn’t have high expectations. Perhaps they are attempting to establish grounds for further legal action or want there to be a legal record of the mistreatment they endured.

At the Law Offices of Jacob Emrani, we have handled a full spectrum of personal injury cases and have awarded millions of dollars in damages. We’ve represented clients in vehicular accident, pedestrian accident, medical malpractice, product liability, slip and fall, and many other cases. Top quality legal assistance is available whether you’ve suffered a personal injury, property damage, or an emotional or financial loss. To learn more or receive your free case evaluation, call Jacob at 888-952-2952 today.