Skip to content
L.A. Is One of the Car Chase Capitals of the World

L.A. Is One of the Car Chase Capitals of the World 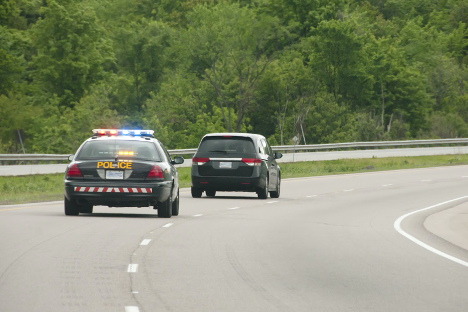 Los Angeles, California is known for its movie stars, palatial estates, palm-lined boulevards, and the Hollywood Walk of Fame. But not everything in LA is glitz and glamour. Los Angeles is also known as one of the car chase capitals of the world and home to one of the most infamous police pursuits of all time, the O.J. Simpson Bronco procession.

Most Angelenos have seen a car chase at least once in their lives. In fact, high-speed police chases happen more often than earthquakes around here. ABC News reports that on average, Los Angeles sees more than 1,000 high-speed car chases a year. And if you happen to tune in to any of LA’s local news outlets at the right time, you’ll likely get a front-row seat to the heartstopping live coverage.

High-speed car chases mean big ratings for the local TV news market. With every element that you’d find in a Hollywood action blockbuster, complete with helicopters and advanced camera technology, police pursuits are prime reality television for the general public. But the dangers are very real for those that get caught in the crosshairs. Innocent bystanders are often the losers in these high-speed police pursuits.

According to a 2017 report from Los Angeles County’s civil grand jury, police chases are “causing unnecessary bystander injuries and deaths,” and better training is needed to mitigate injuries and deaths that happen due to these wild car chases. The Los Angeles Times reported that a whopping 1 in 10 police pursuits involving the LAPD from 2006 to 2014 all resulted in some form of injury to bystanders.

There are theories behind why Los Angeles metro sees more high-speed chases than any other county in Southern California.

High-speed police pursuits are some of the most dangerous situations for bystanders. They are unpredictable, wild, and not easily contained. The numbers don’t lie. According to USA Today, from 2014 to 2018, 56% of fatalities that occurred during a police pursuit were individuals other than the fleeing driver. And since 1979, more than 5,000 passengers and bystanders have been killed due to high-speed chases.

It seems that education and community awareness is vital if we are to see a decline in these statistics. Improved road safety and implementing more police training to better handle high-speed situations could prove to be key to saving lives and preventing personal injury.

In California, dogs are often welcome in the home and provide much love and comfort. However, the state’s strict laws on dog bite liability allow victims to sue for damages if they did not provoke the animal. Our highly regarded law firm has recovered millions of dollars for clients. If you’ve suffered a dog bite personal injury, call (888) 952-2952  for a free consultation, and read our COVID-19 updates to learn how to protect yourself and ways we’re working to continue to fight for our clients.