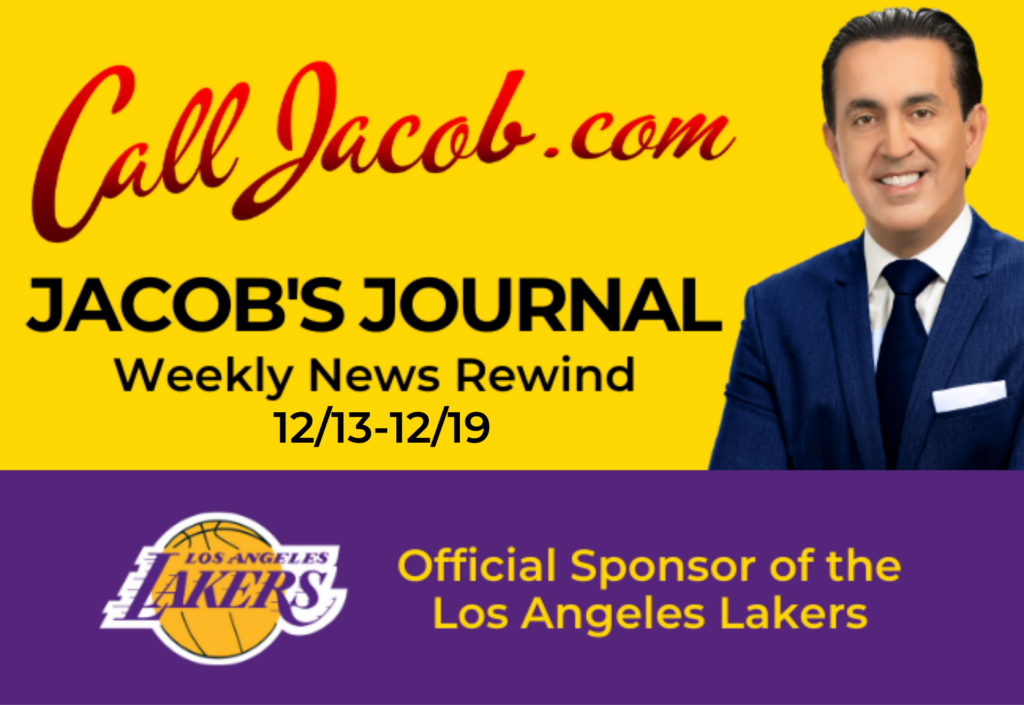 Thursday, December 16 (KTLA 5) – On Thursday, the California Occupational Safety and Health Standards Board extended coronavirus pandemic regulations, with new rules starting January 14 and set for three months. The revised regulations treat vaccinated and unvaccinated workers the same, prohibiting both from workplaces if an employee comes in close contact with an infected person. Employers have expressed concern that the rules (adopted on a 6-1 vote) can worsen the state’s labor shortage.

Vaccinated, asymptomatic workers are now required to stay home for 14 days if exposed to the coronavirus, even if they test negative. Business groups expressed concern over the potential impact on restaurants, retailers, and other small businesses, while groups representing California workers have supported the changes. The revised rules come a day after the state re-instituted requirements for people (vaccinated and unvaccinated) to wear masks indoors. Cases continue to increase as families and friends gather for the holidays and the omicron variant spreads.

Michigan, Oregon, and Virginia have also adopted emergency COVID-19 workplace safety measures. Meanwhile, the Biden Administration has ordered U.S. employees with more than 100 workers to be vaccinated, tested regularly, or wear masks at work, beginning January 4. The order has stalled amid various court challenges. With many groups criticizing the new rules, the California Chamber of Commerce, along with about 60 business groups, sent a letter stating vaccinations are still quite effective and prevent serious illness; it also issued warnings about the new rules regarding new workplace testing and social distancing requirements.

The Nevada Attorney General’s Office says Lee made over $50,000 in the scheme, which lasted from May 2015 to September 2016. According to a news release, Lee met women through an online dating service and convinced them to call their automobile insurance carriers to make false claims. Previously, at least two women have pled guilty in the scheme.

Tuesday, December 14 (The Modesto Bee) –Kolleen Jackson, 68, of Riverbank was killed in a three-vehicle crash at Highway 108/Patterson Road and Skittone Road on Tuesday. Jackson was driving a white Ford SUV when, according to the California Highway Patrol (which reported the accident at 9:43 a.m.), she sideswiped a Honda sedan after attempting to avoid it. The CHP said she was traveling at an unsafe speed.

In the impact, the Ford rotated clockwise and overturned, and was struck by a Chevrolet SUV. The driver of the Chevrolet, Sumer Cheever, 27, suffered major internal injuries and was taken to Doctors Medical Center for treatment. Her children—Joseph Aldaz, 3, Vanessa Aldaz, 2, and Sophia Aldaz, 6 months—were unhurt but taken to hospitals as a precaution. The driver of the Honda, Brandon Garcia-Castro of Oakdale, suffered minor injuries and, according to a CHP spokesperson, declined medical treatment.

Road closures and traffic diversions lasted until a little after 11:30 a.m., the CHP said. All parties involved in the collision were wearing seat belts and it’s unknown if drugs and/or alcohol were contributors. In a news release, the CHP also issued reminders about car seats for children; inspections can be scheduled by calling the Modesto area CHP at 209-545-7440 or Doctors Medical Center (Rena Bryant) at 209-480-8786.