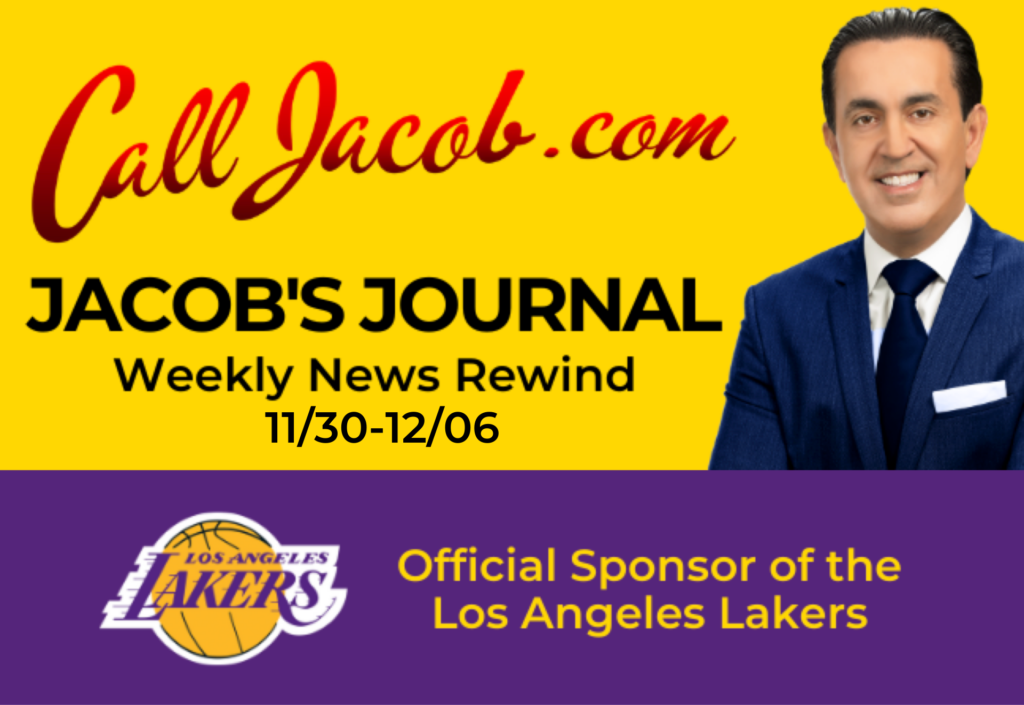 Friday, December 4 (ABC 7) – On Thursday, California Governor Gavin Newsom issued a new regional stay-at-home order covering Northern California, Southern California, Greater Sacramento, Bay Area, and San Joaquin Valley. The move is considered an “emergency brake” to curb the spread of COVID-19 as ICU hospital capacity falls below 15%. The order triggers the closure of bars, wineries, barbershops, and nail salons while restaurants must close indoor and outdoor dining (takeout and delivery services are permitted). In addition, retail stores can remain open at 20% capacity and temporary restrictions on non-essential travel are in place. California reached a record for hospitalizations five days in a row, while Governor Newsom introduced a three-tier system to prioritize use of coronavirus vaccine doses.

Thursday, December 3 (CBS News) – On Wednesday, Los Angeles Mayor Eric Garcetti issued a stay-at-home order as L.A. county imposed tighter stay-at-home restrictions and a three-week ban on in-person restaurant dining. The mayor’s order said the city “is now close to a devastating tipping point”. Gatherings of people outside immediate households are barred with some exceptions while travelers from out of state must fill out an online form. Over 20,000 new coronavirus cases were reported in California on Wednesday with 8,500 people in the hospital. Governor Gavin Newsom has already imposed additional restrictions and is quarantining at home after his children were exposed to the virus. The state has reported more than 1.2 million COVID-19 cases and over 19,300 deaths.

Wednesday, December 2 (KTLA 5) – A big rig erupted in flames on the 5 Freeway in Grapevine just after 2:10 p.m. on Wednesday. The blaze occurred on the southbound side of the freeway at Lower Water Hole and was spread to a nearby hillside by strong winds, according to the California Highway Patrol. It was extinguished after multiple agencies responded. While the closure initially affected the southbound side, the entire freeway was shut down at around 2:30 p.m. in the Fort Tejon area. The road was fully reopened by 4:30 p.m. There was no word on the cause of the fire or whether it caused any injures.

Tuesday, December 1 (VC Star) – Following the crash of a white sedan in Oxnard on Monday, a 16-year-old male was in critical condition after being ejected from the vehicle. The single-car crash occurred at 1:38 p.m. when the 2007 Nissan Maxima struck a tree in the east alley of the 2200 block of Arcadia Street. Two young passengers sustained moderate injuries and were listed in stable condition. The three occupants of the car were transported to Ventura County Medical Center, where one was admitted for observation and another was treated and released. Speed and alcohol were determined to be factors in the crash.

Monday, November 30 (KTLA 5) – A 31-year-old father and two of his children, a 2-year-old boy and 4-year-old girl, were killed in a crash in San Bernardino the day after Thanksgiving. Police say the fiery crash was caused by suspected DUI driver, 23-year-old Brandon Jaquez-Perez, in a Ford Mustang. Five family members were in the Toyota Camry broadsided near Kendall Drive and University Parkway after the suspect ran a red light, the San Bernardino Police Department said. The driver of the Camry, Tavea Tarlton, died at the scene while the two children died the next day. According to police, another child suffered severe injuries and a fourth had moderate injuries. The suspect was arrested and booked on suspicion of DUI and gross-vehicular manslaughter.

Friday, December 4 (NBC Los Angeles) – On Wednesday, the driver of a stolen utility truck slammed into an SUV in the Van Nuys area; a mother and baby on board were not injured, which the California Highway Patrol said was a miracle. Seasonal UPS drivers Shane Young and Enrique Garcia witnessed the crash and helped remove both from the vehicle. The two workers were on the job for less than a week. The driver of the truck allegedly stole it from a work site in Redlands, more than 70 miles away (he was taken into custody after the crash), while the company’s owner pursued it using a GPS-enabled anti-theft tracking app.

Motorcyclist Killed After Colliding With Big Rig in San Bernardino

Monday, November 30 (KTLA 5) – On Monday, Victor Navarette, 48, was killed after his motorcycle collided with a big rig in San Bernardino. According to the San Bernardino Police Department, he was traveling at a high rate of speed. The crash occurred at about 5:38 a.m. on Mountain View Avenue, where Navarette was thrown from the vehicle and died at the scene. The semi-truck driver, Malwad Guled, 34, wasn’t speeding or under the influence of alcohol or drugs, police said, and said it wasn’t known whether Navarette was under the influence.

Thursday, December 3 (KTLA 5) – On Thursday, police said Ronald Waldamar Jo-Jlux, 26, is wanted for questioning in connection with a hit-and-run crash on November 23 that killed a grandmother. The man is believed to have been driving and living in a Toyota Corolla involved in the incident. Huen Ham, 76, was struck as the car was making a westbound turn onto Miramar Street from Union Avenue in Westlake Village, according to the LAPD. Police describe the vehicle as a four-door tan or gold 2003 to 2008 Corolla with missing hubcaps or black rims, and Jo-Jlux as 5 feet 1 inch tall, 120 pounds, and last seen wearing a light-colored hoodie and shorts. A $50,000 reward is being offered to anyone with tips leading to the suspect’s arrest and conviction (anyone with information can call 213-833-3713 or email 31480@lapd.com).