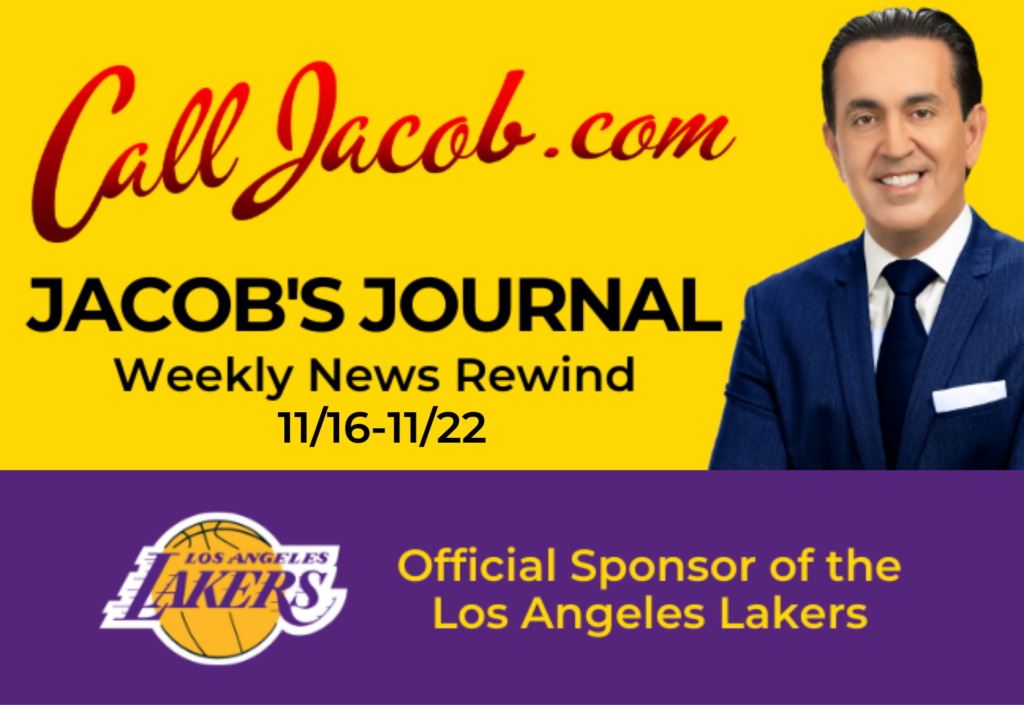 Thursday, November 19 (KTLA 5) – In a Thursday afternoon announcement, California Governor Gavin Newsom announced a limited but mandatory stay-at-home order and overnight curfew for most residents starting Saturday night. The measure is an effort to slow a spike in COVID-19 cases in purple-tier counties. Non-essential work, movement, and gatherings will be prohibited between 10:00 p.m. and 5:00 a.m., according to the governor’s office, and will expire on December 21. On Thursday, 11,479 new coronavirus cases were reported, the highest daily number of the pandemic, while the governor also announced Monday that 30 of the state’s 58 counties would enter more restrictive phases, including Orange and Ventura Counties. Hospitalizations have climbed about 64% in the past two weeks, according to a state health official.

Thursday, November 19 (KTLA 5) – On Thursday morning, an unidentified 19-year-old woman was killed when her vehicle crashed into a parked car near the intersection of Holt and San Antonio Avenues in Pomona, police said. The crash occurred at about 2:00 a.m. and caused the vehicle to end up on a sidewalk. Emergency crews found the victim deceased when they arrived. The Pomona Police Department alerted residents to avoid the scene during the investigation, and haven’t revealed why the driver lost control.

Thursday, November 19 (NBC Los Angeles) – Two women fled the scene of a crash in the 100 block of North Myers Street at 12:02 a.m. Wednesday, prompting police to seek the public’s help. The women fled from a gray 2006 Mercedes-Benz that struck a green 1999 Honda Civic involved in a speed contest, according to the LAPD. They then escaped in a black Dodge Charger. The driver of the Honda suffered severe injuries and was taken to the hospital by paramedics. A reward of up to $25,000 is being offered to anyone with information that can identify the suspects and lead to their conviction.

Pedestrian in DTLA Hit-and-Run Dies; Driver Turns Herself In: LAPD

Tuesday, November 17 (KTLA 5) – A weekend hit-and-run crash in downtown Los Angeles has led to the death of a pedestrian. According to the LAPD, the driver of the vehicle turned herself in on Tuesday, after which she was arrested on suspicion of felony hit-and-run. A male pedestrian was struck at 6:55 a.m. Sunday in a marked crosswalk at Broadway and Seventh Street, police reported, as the vehicle traveled eastbound and ran a red light and headed into oncoming traffic. Video footage showed the driver get out of the car to survey the damage, then drive away.

Monday, November 16 (NBC Los Angeles) – One person was killed and a child injured in a crash at 240th Street East and East Avenue P, according to the California Highway Patrol. When firefighters and paramedics arrived, people were found trapped in the vehicle along with a child that wasn’t breathing, a fire department official reported. The child was transported by air to a trauma center. Following a helicopter search that found an abandoned vehicle in the Barstow area, an arrest was made in connection with the crash just after midnight, said a CHP officer.

Tuesday, November 17 (NBC Los Angeles) – Cal/OSHA has fined the Farmer John meatpacking plant in Vernon more than $58,000 for safety violations that officials say exposed more than 300 workers to COVID-19. Three of them were hospitalized. The agency says the violations were found during an investigation from May through November, which traced some infections to as early as February. Smithfield Foods of Virginia, the plant’s corporate owner, has insisted it has worked to keep employees safe, claiming infections could have come from outside the plant and that it has invested $650 million in protective measures.

In September, Cal/OSHA reported issuing over $200,000 in proposed penalties to frozen food manufacturer Overhill Farms Inc. and its contracting agency for a lack of employee protection at two Vernon plants. Meatpacking and poultry processing plants across the U.S., where animals are slaughtered for food, have been a hotbed for coronavirus infections since the pandemic began. The Centers for Disease Control and Prevention had reported over 16,000 cases in July.

Monday, November 16 (CBS Los Angeles) – Nelson Ulauc-may, 29, of Oxnard, was arrested Sunday in connection with a hit-and-run crash that seriously injured a 4-year-old girl that morning. The crash happened just after 9:00 a.m. on Colonia Road and Bonita Street, where the girl was crossing an intersection with her mother and two siblings. She was then struck by a black Ford Expedition and dragged 50 feet. Ulauc-may was booked on one felony count of hit-and-run and a misdemeanor count of driving with a suspended license.

Tuesday, November 17 (CBS Los Angeles) – The California Highway Patrol reported a big rig overturned on a connector road in Boyle Heights on Tuesday. At the time, the driver was on the transition road from the westbound 10 Freeway to the northbound 5 Freeway. Reported just after 6:00 a.m., the incident slowed traffic as only one lane remained open. The driver exited the truck uninjured, In addition, the CHP reported coolant leaking from the big rig.