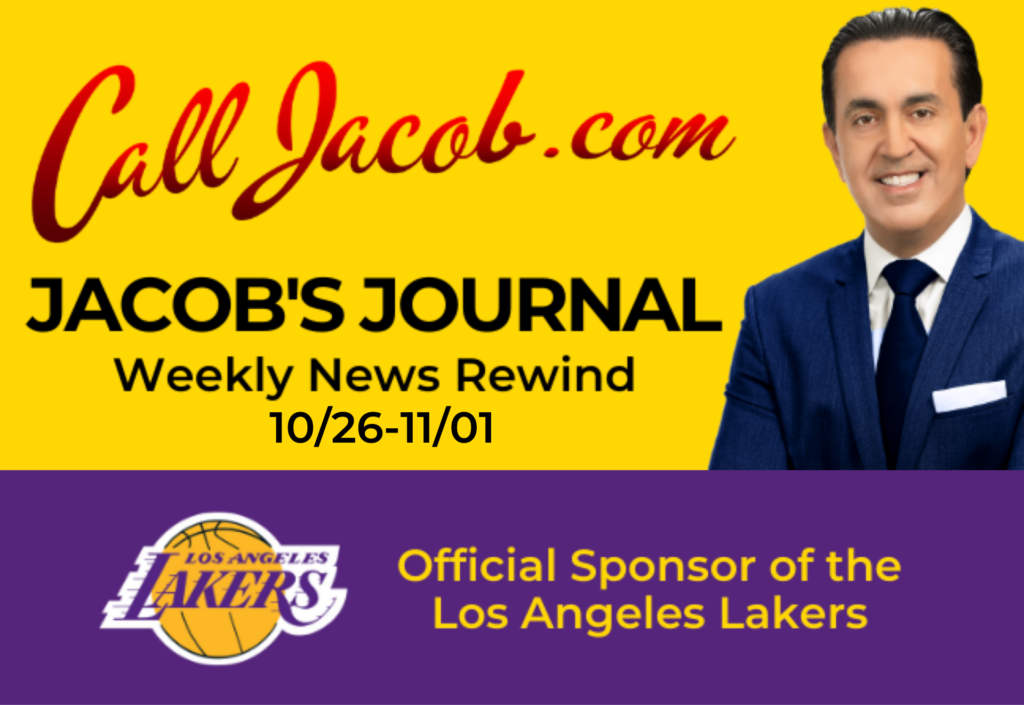 Tuesday, October 27 (KTLA 5) – Governor Gavin Newsom issued new warnings on Tuesday as cases of COVID-19 started to increase, resulting in an uptick of coronavirus-related hospitalizations. Los Angeles County is one of three counties in Southern California that is under one of the most restrictive orders heading into the holidays. All of this is happening at the same time Gov. Newsom assembled a vaccine ethics panel to determine who in Southern California will step to the front of the line when it comes to the COVID-19 vaccine once it becomes available.

Tuesday, October 27 (KTLA 5) – A 6-year-old-boy was hit while riding his scooter in Sylmar at approximately 6:30 PM on Sunday near the intersection of Cobalt Street and Encinitas Avenue. LAPD is searching for a motorcyclist who fled the scene. Surveillance video suggests the suspect was riding a Suzuki sportbike, not the Honda that was originally suspected. “It was terrible,” said witness Miguel Castellano, who lives nearby. Fortunately, the victim is recovering at the hospital. A $25,000 reward is being offered in the case. Anyone with information is asked to call Valley Traffic at 818-644-8117. Those who prefer to remain anonymous can call Crime Stoppers at 800-222-8477.

Thursday, October 29 (KTLA 5) – In a strange twist of serendipitous justice, a Whittier woman suspected of fatally hitting a cyclist and leaving the scene of the accident four years ago has been apprehended in Australia of all places. The victim, Agustin Rodriguez Jr., had been dragged beneath the car about 500 to 800 feet, Whittier Officer John Scoggins told KTLA at the time. Officials in Australia handed her over to US Marshals on Wednesday.

Monday, October 26 (KTLA 5) – An off police pursuit involving a stolen box truck ended Monday morning with the driver taking the vehicle for a drive in the LA River wash tunnel in Burbank. The chase began at about 5:17 AM, only to find the truck exiting the freeway on Riverside Drive with authorities still in pursuit. A short time later the suspect returned to the 5 Freeway and made his way to the Los Feliz area. By 6 AM the driver bailed and jumped out of the box truck to take a chance at being on foot. LAPD confirmed that a person was taken into custody a little after 6:15 AM.

Thursday, October 29 (NBC San Diego) – A family tragedy unfolds in San Diego. Three teens died and another was gravely injured when the group of youths decided to take a family member’s car for a joyride. The deadly crash happened in the Mount Hope neighborhood on Tuesday night. When SDPD attempted to pull over the vehicle for not having its headlight on, the Honda Pilot zoomed off and tragically crashed into a light pole going over 100 miles per hour. The victims that passed away as a result of the impact include 2 other unidentified teens and 17-year-old Daniel Montano and Daniel’s brother, 15-year-old Julian, who was gravely injured. “No one is going to bring our kids back,” said Daniel’s mother, Rose Montano. “No one is going to take back what took place. All we can do is try to make it better, make sure this doesn’t happen to another family.”

Monday, October 26 (Bloomberg Law) – The late and great Kobe Bryant’s widow asked the Court of Appeals for Central District of California to dismiss claims made by helicopter operator Island Express Helicopters Inc. against air traffic controllers in litigation over Bryant’s death in a helicopter crash. Vanessa Bryant in February sued Island Express in California Superior Court in Los Angeles, alleging negligence in the Jan. 26, 2020, crash that killed her husband LA Lakers legend Kobe Bryant and their 13-year-old daughter Gianna, as well as seven others. Vanessa Bryant accuses the defendants of “procedural ploys” and “gamesmanship” to garner a positive outcome in the lawsuit she has against them. Due to the state court never having had jurisdiction over the claims, they couldn’t form the basis for removal, Bryant said.

Wednesday, October 28 (ABC 7) – Dodgers win! While that is great news for the city of Los Angeles, it wasn’t such great news for an unsuspecting cyclist as celebrations went on in Downtown LA. The collision occurred at the intersection of Olympic Boulevard and Grand Avenue, where the victim was walking his bike across a streetwalk. Surveillance footage shows a black sedan slamming into the victim and flinging him onto the hood of the car. Fortunately, the cyclist walked away understandably frazzled but uninjured.

Monday, October 26 (KCAL 9) – A Garden Grove police officer and three others suffered minor injuries during a multiple car crash on Monday afternoon. The accident happened around 3 PM at Chapman Avenue and Haster Street in Garden Grove after a driver failed to stop at a red light. California Highway Patrol says that this is an ongoing investigation.