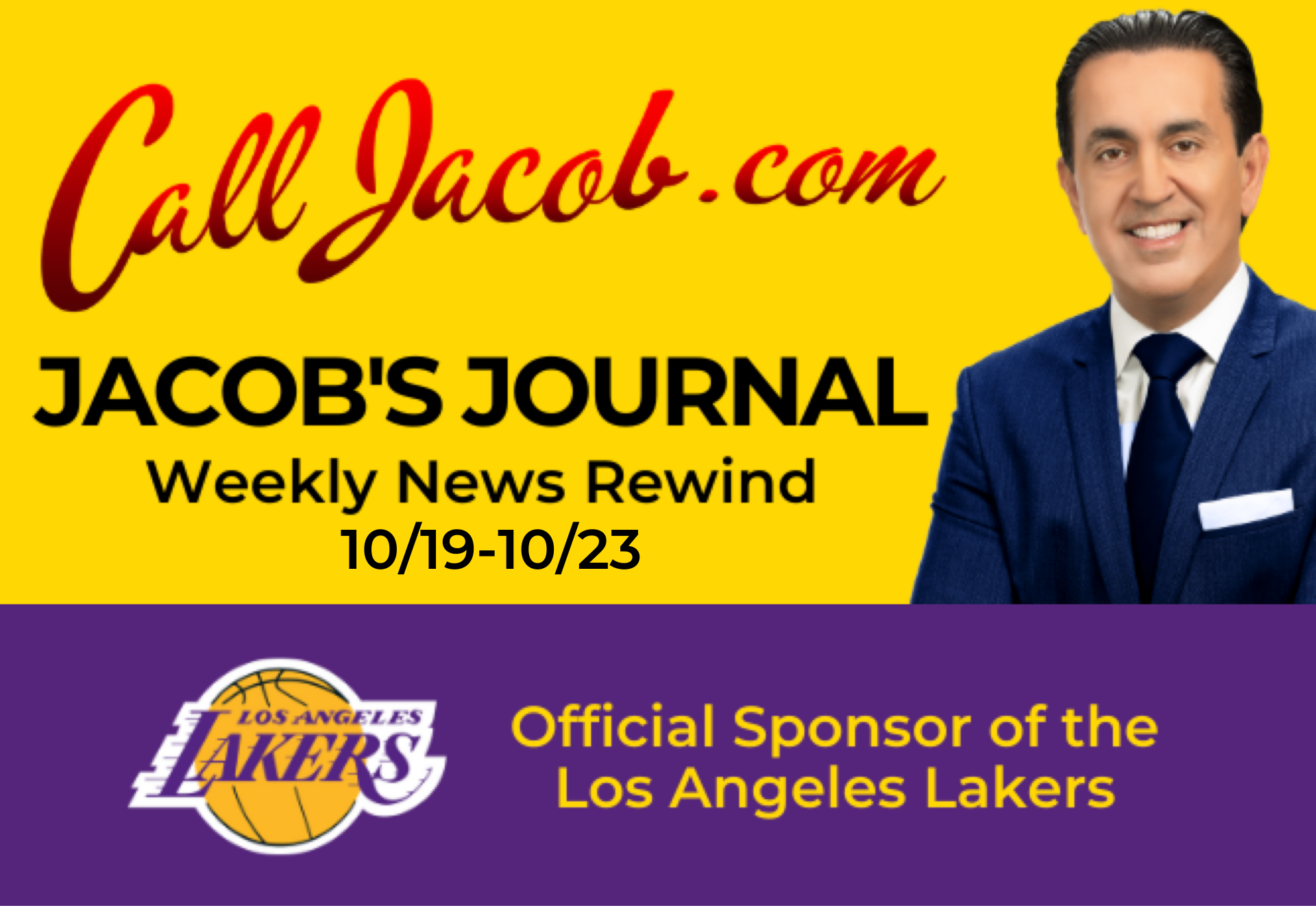 Monday, October 19 (KTLA 5) – Los Angeles County officials say a continued high rate of community transmission of coronavirus is preventing the county from moving into a less restrictive tier for reopening. There were 923 new cases reported on Monday and one new death. The county remains in Tier 1 (purple), the most restrictive tier, as more than 7 cases per 100,000 residents are reported each day. Schools and many nonessential businesses remain closed for indoor operations. During an online news conference on Monday, L.A. County Department of Public Health director Dr. Barbara Ferrer discussed efforts to bring down transmission rates and other matters related to the virus.

Wednesday, October 21 (KTLA 5) – Authorities are searching for a hit-and-run driver who, on Wednesday morning, struck a Caltrans subcontractor on the southbound 110 Freeway in downtown Los Angeles. The California Highway Patrol said the crash occurred just before 12:15 a.m. near the West Third Street collector road. A male victim, 48, from Fallbrook, was found by officers when they arrived, and was pronounced dead at the scene. At the time of the crash, he was distributing traffic cones for a road closure, according to police; authorities are currently looking for a dark-colored SUV with possible front end damage.

Sunday, October 18 (CBS Los Angeles) – A crash on the northbound 14 Freeway in Santa Clarita on Sunday night resulted in at least one fatality. The 2, 3, 4, and 5 lanes were blocked for several hours as a result, according to the California Highway Patrol. The CHP confirmed the death of an adult female and other injuries in the accident.

Monday, October 19 (KTLA 5) – After allegedly stealing a vehicle in Rialto, Eduardo Sandoval, 35, was killed in a three-car crash on Saturday evening. According to Rialto police, the crash occurred near the intersection of Baseline Road and Sycamore Avenue. Sandoval, a San Bernardino resident, allegedly stole the red 1999 Acura Integra from a laundromat about two miles from the crash site. The drivers of the two other vehicles were hospitalized with minor injuries.

Tuesday, October 20 (KTLA 5) – The family of Margarita Mojarro, 61, who was killed by a falling tree at Whittier’s Penn Park in December 2016, during her daughter’s wedding, will tentatively receive a $28 million settlement from the city. Mojarro was killed when a 70-foot blue gem eucalyptus tree fell onto the wedding party while pictures were being taken. Several people were injured, including a three-year-old girl who suffered brain damage. Filed in 2017, the lawsuit alleges the city should have known about the danger posed by the tree and that it was negligently left in a state of decay.

Thursday, October 22 (ABC 7) – Sergio Marroquian, 23, of Los Angeles, was killed and two others injured in street takeover crashes in Costa Mesa and Anaheim early Thursday morning. Marroquian’s cousin was the driver, according to a statement by his family. The driver remained at the scene and was later arrested on homicide charges, although is not facing DUI charges. One spectator was left dead and a passenger hospitalized in the Cost Mesa incident. In Anaheim, a female victim struck by a vehicle sustained a head wound as several hundred vehicles were street racing at the Anaheim Plaza Marketplace parking lot. According to police, street takeovers have been plaguing Costa Mesa for the past month, with participants engaging in hostile behavior with officers.

Wednesday, October 22 (KTLA 5) – Two LAPD officers and one civilian were injured in a crash near the intersection of Vernon and Central Avenues on Wednesday night. Both officers and the civilian were transported to a local hospital. According to the Los Angeles Fire Department, their injuries were non-life-threatening. Firefighters extricated one of the officers who was trapped in their patrol car, while news helicopter footage showed severe damage to the front of the police vehicle and the silver Mazda the injured civilian was in.

1 Killed, 2 Injured in Rollover Crash on I-5 Near San Onofre Plant

Tuesday, October 20 (Times of San Diego) – On Tuesday, an SUV rollover crash on Interstate 5 near the San Onofre nuclear power plant killed a 71-year-old Los Angeles man. The crash occurred shortly after 5:50 a.m., according to the California Highway Patrol. The victim’s son, a 43-year-old Los Angeles resident, was driving the vehicle, a 2002 Ford Explorer, that crashed and overturned several times, said a CHP officer, ejecting the father who died at the scene. Suffering moderate injuries, the driver and his 70-year-old mother were transported to local hospitals. All lanes were reopened by 8:10 a.m.

Wednesday, October 21 (NBC Los Angeles) – On Wednesday, the Los Angeles City Council’s Public Works and Gang Reduction Committee considered a proposal to rename part of Figueroa Street in honor of Kobe Bryant. It will decide whether to send the motion to the full council for future consideration. The proposal includes the stretch of Figueroa between Olympic and Martin Luther King Jr. boulevards near Staples Center. On August 11, the Orange County Board of Supervisors voted to declare August 24 as Kobe Bryant Day. Bryant, who played his entire 20-season career with the Lakers and won five NBA championships, was killed on January 26 in a helicopter crash in Calabasas, along with his 13-year-old daughter Gianna and seven others.