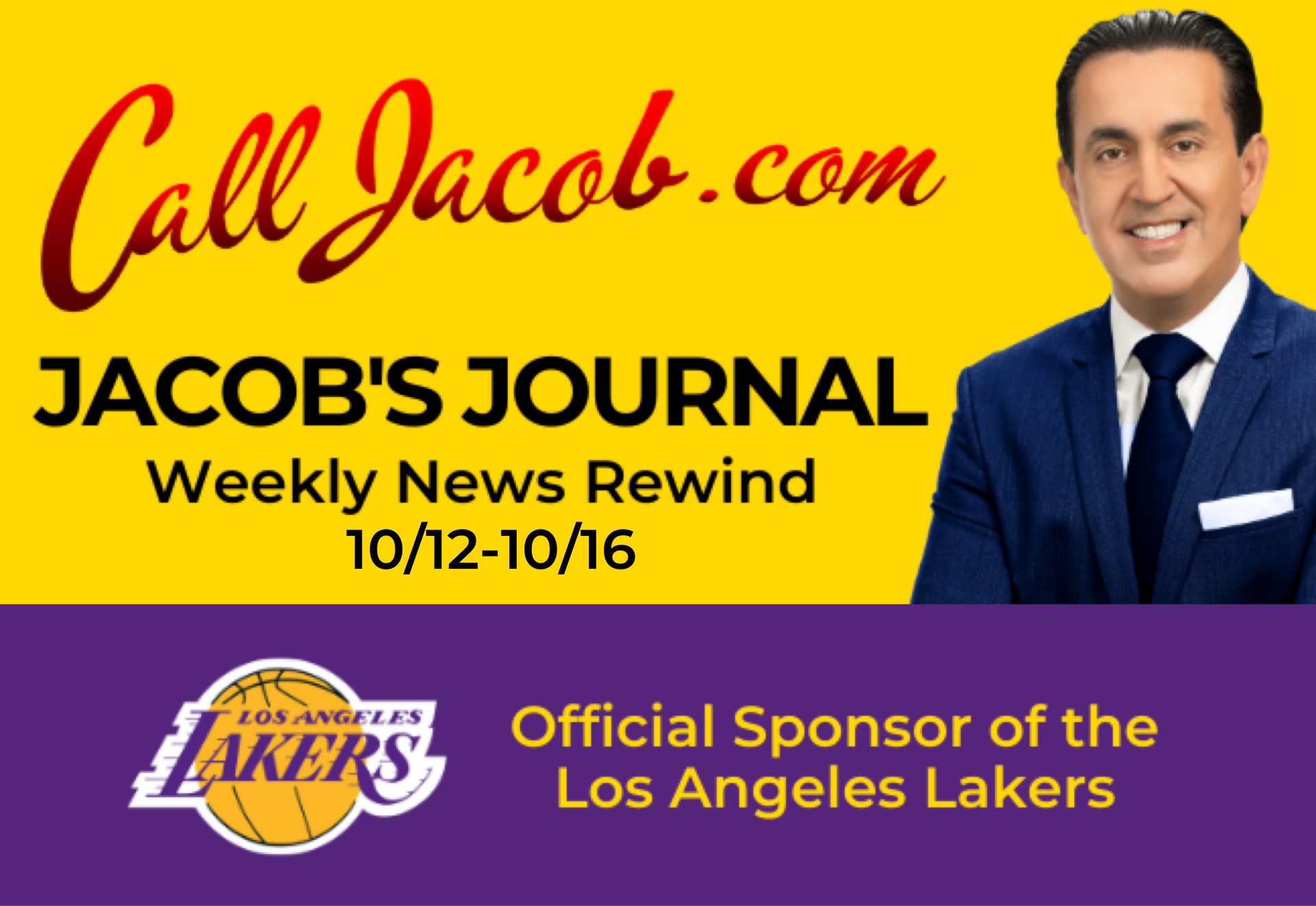 Monday, October 12 (NBC Los Angeles) – On Sunday, the Los Angeles Lakers defeated the Miami Heat, 106-93, in Game 6 of the NBA Finals. Their win marks a record-tying 17th NBA championship, 11 years after Kobe Bryant scored a championship win for the Lakers. LeBron James and Anthony Davis stand among team legends; for James, it’s his fourth NBA championship win, who also recorded his 11th career NBA Finals triple-double. James scored 28 points with 14 rebounds and 10 assists. Davis had 19 points, 15 rebounds, and two blocks. Following the four-month hiatus, the Lakers took time to get back on track in the NBA bubble, but excelled following their loss to the Portland Trail Blazers.

Wednesday, October 14 (KTLA 5) – On Wednesday, Los Angeles County health officials announced changes to local guidelines and allow up to three households to gather outdoors. The guidelines align with the rest of the state. However, large congregations remain prohibited, except for people in houses of worship or public protests, according to county health director Dr. Barbara Ferrer, who also warned anyone who recently attended large gatherings should self-isolate for 14 days. Masks and social distancing protocols still apply. The county reported 1,349 new COVID-19 cases and 22 new deaths on Wednesday, with many cases still linked to social gatherings and workplace outbreaks.

Wednesday, October 14 (ABC 7) – Los Angeles county issued 131 citations to businesses between August 29 and October 6 for violating COVID-19 health orders. These include 51 citations for fitness centers and 36 for houses of worship. On Tuesday, California and L.A. County discouraged trick or treating for Halloween, while county health officials stressed new guidelines for outdoor gatherings must include face coverings and no shared food.

Public health officials have reported an uptick in the COVID-19 transmission rate. Officials also warned people who attended a downtown Lakers victory celebration and a pro-Armenian march on Sunday to quarantine for 14 days. Meanwhile, over 800 schools across the county have opened for high needs students.

Men Strike Victim with Van While Trying to Get Away from North Hollywood-Area Robbery: LAPD

Wednesday, October 14 (KTLA 5) – On October 5, two men struck a victim with their Ford Transit Connect van as they fled the scene of a robbery in North Hollywood. The van struck a gardener on the 10400 block of Myrna Street when it backed up to the victim’s work truck, according to the LAPD. During the incident, which was caught on video, the passenger left the van and removed property from the truck. The victim responded and was struck as the driver attempted to get away. Witnesses only describe the driver as being Hispanic; the passenger is said to be about 5 feet 6 inches tall, 180 pounds, and wearing a black hat, black shirt, and black pants. Anyone with information can call 818-754-8426.

Man Tackled, Taken Into Custody After Leading Authorities on Pursuit in Ventura County

Tuesday, October 13 (KTLA 5) – Following a pursuit in Ventura County on Tuesday afternoon, a man was tackled and taken into custody by authorities. The truck driver had been in a standoff with deputies at a parking lot near The Promenade at Westlake Village. He then took off a half-hour later and got on the northbound 101 Freeway. After departing the highway in Thousand Oaks, the suspect drove erratically on surface streets and continued onto winding back roads, and then eluded authorities in Camarillo. Deputies surrounded the truck when the driver pulled over near Laguna and Wood Roads, where he was taken into custody.

Tuesday, October 13 (ABC 7) – A commercial building in downtown Los Angeles erupted in fire on Tuesday morning after firefighters put out a blaze in an adjacent business. According to the LAPD, the first incident was reported before 5:00 a.m. at the 800 black of South Crocker Street. The LAFD said the structure was filled with rolled textiles. After a knockdown of the fire was declared at 5:22 a.m., firefighters discovered flames in the business next door; 130 firefighters responded—one was transported to a hospital with a non-life-threatening heat-related illness. The LAFD reported the fire was completely extinguished at 8:19 a.m., about 3½ hours after it began.

Monday, October 12 (KTLA 5) – A male pedestrian was killed in a hit-and-run crash in Chatsworth on Monday morning, near the intersection of Topanga Canyon Boulevard and Santa Suzanna Pass Road, the LAPD said. He was walking east along the boulevard when a southbound dark-colored sedan struck him. The pedestrian was pronounced dead at the scene.

Tuesday, October 13 (NBC Los Angeles) – Police began pursuing a suspected stolen U-Haul truck in Norwalk on Tuesday night, following it through several cities in Orange County before the chase ended in a park in Long Beach. During the chase, the truck traveled southbound on the 405 Freeway, while Buena Park police and the California Highway Police engaged in pursuit, according to officials. It then went on the westbound 22 Freeway and back towards the 405 Freeway in Garden Grove.

A spike strip set up by authorities on the freeway damaged a tire. However, the driver continued onto surface streets in Long Beach, driving on the wrong side at times and striking parked vehicles. The incident ended at a park near Long Beach Boulevard and 46th street when officers smashed the window, forcefully removed the driver, and detained a female passenger.

Car Slams Into Building in Suspected DUI Crash in Inglewood

Wednesday, October 14 (NBC Los Angeles) – On Tuesday night, a car slammed into a building in Inglewood in a suspected DUI crash. The incident happened near the intersection of Crenshaw Boulevard and 8th Avenue just before midnight. Police said a man and woman were inside the vehicle. A female driver was taken into custody.