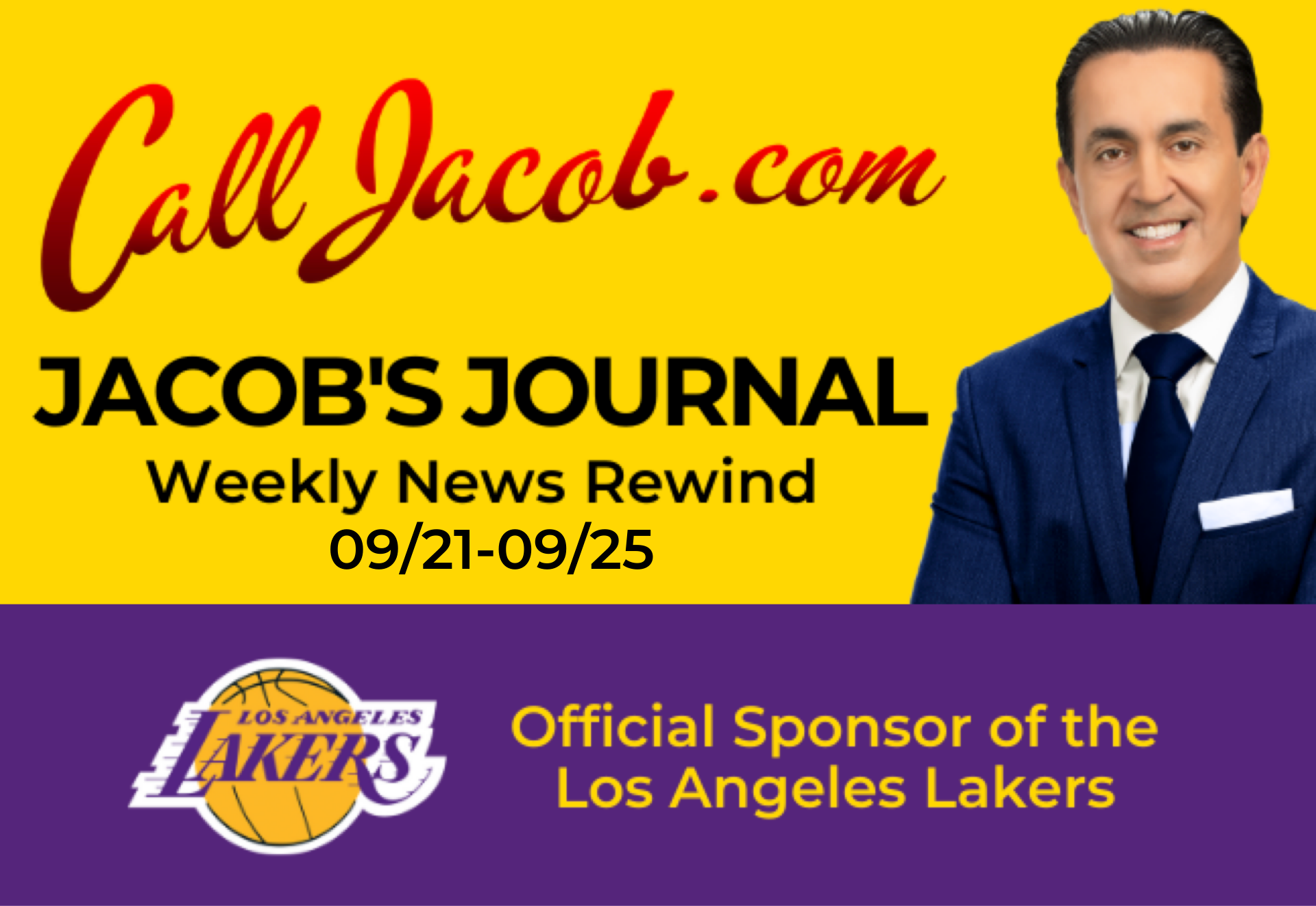 Thursday, September 24 (KTLA 5) – According to the California Highway Patrol (CHP), a multi-vehicle crash occurred on the Southbound 405 Freeway near Normandie Avenue, shortly after 3:30 a.m. Thursday. At least three vehicles were involved, including a pickup truck and a car that was left on its roof. The CHP also confirmed one fatality in the crash. It also reported lanes were closed until shortly before 8:30 a.m. The cause of the crash has not been revealed.

Tuesday, September 22 (NBC Los Angeles) – While Los Angeles County health officials confirmed Tuesday the county meets criteria to enter a less-restrictive phase of reopening, it must maintain the current coronavirus case and hospitalization numbers for two consecutive weeks to move from “purple” to “red”. One factor is monitoring data to track the spread of COVID-19 after the Labor Day holiday.

The four-tier color-coded reopening map classifies counties based on daily new cases per 100,000 residents and the seven-day average testing positivity rate. As of Tuesday, the county’s positivity rate was 2.8% and it averaged seven new cases per 100,000 (it can have no more than this to move into the red tier, under the state’s criteria). Moving to the red tier would allow indoor shopping malls, movie theaters, and other businesses to reopen with limited capacity.

Only One Arrest, No Violence During Downtown LA Breonna Taylor Protests

Thursday, September 24 (CBS Los Angeles) – On Wednesday, about 500 people protested in the streets of downtown Los Angeles after a Kentucky grand jury decided not to issue direct charges against officers involved in the killing of Breonna Taylor. During the peaceful protest, one male suspect who pointed a laser at an LAPD helicopter was taken into custody, and there was some graffiti vandalism. For several hours, protesters marched around City Hall, Union Station, and LAPD headquarters. While not indicted in connection with Taylor’s killing, former officer Brett Hankison was indicted on three counts of wanton endangerment for firing shots into a neighbor’s apartment.

Tuesday, September 22 (ABC 7) – A police pursuit ended Tuesday afternoon in a violent crash at the intersection of Raymond Avenue and Del Mar Blvd in Pasadena. The LAPD said it responded to a disturbance caused by a man with a gun and pursued the driver of a white sedan onto the northbound 110 Freeway, and then onto local streets. Shortly before 1:30 p.m., the suspect T-boned an SUV. Both vehicles moved to opposite sides of the street and the drivers exited unassisted. It was not immediately known if there were any injuries.

Tuesday, September 22 (NBC Los Angeles) – Vanessa Bryant, widow of Lakers legend Kobe Bryant, is suing the Los Angeles County Sheriff’s Department over photos taken at the site of a January 26 helicopter crash in which Bryant, his 13-year-old daughter, and seven others were killed. The lawsuit claims that deputies, tasked with securing the crash site, photographed dead children, parents, and coaches with their cell phones, as Vanessa Bryant was told by Sheriff Alex Villanueva. It also claims one deputy used the photos to impress a woman at a bar, a conversation which was overheard and reported to the department by a bartender. In March, Villnueva urged the department’s civilian oversight panel to examine its policies on taking photographs at crime and accident scenes.

Tuesday, September 22 (KTLA 5) – On Tuesday, the LAPD announced a $25,000 reward for information leading to the identification, arrest, and conviction of a driver involved in a hit-and-run collision that severely injured a 70-year-old woman in Chinatown. The victim was crossing Broadway Street at College Street on September 4 when the black Mercedes struck her, causing her to be thrown into the air. She was admitted to an intensive care unit with a brain bleed and broken neck, clavicle, and pelvis.

Gov. Gavin Newsom Announces California Will Phase Out All New Gas-Powered Cars by 2035

Wednesday, September 23 (ABC 7) – California Governor Gavin Newsom issued an executive order this week to phase out all new gasoline powered cars and passenger trucks by 2035. However, it won’t make it illegal to own or resell gas-powered vehicles. The California Air Resources Board will also work on regulations to mandate zero-emission medium and heavy-duty vehicles by 2045.

The governor’s office estimates the measures will result in a 35% drop in greenhouse gas emissions. In addition, the order calls for new health regulations regarding oil extraction, directs the legislation to cease issuing hydraulic fracking permits by 2024, and directs agencies to plan a statewide rail/transit network. It was criticized by the California New Car Dealers Association, while Newsom will join a virtual panel with other governors to discuss Paris Agreement emissions targets, despite the U.S. having pulled out of the agreement.

Lakers Look to Retake Control in Game 4 vs. Nuggets

Friday, September 25 (ESPN.com) – On Thursday night, the Los Angeles Lakers beat the Denver Nuggets 114-108 in Game 4 of the Western Conference Finals. This brings them one victory away from being in the NBA Finals. During the game, Anthony Davis scored 34 points and LeBron James scored 26. James also had nine rebounds and eight assists.

If the Lakers win Game 5 on Saturday night, it would be the first time the team reaches the NBA Finals in a decade, while the Nuggets will be facing elimination for the seventh time in the bubble. In Thursday’s game, LeBron James had Breonna Taylor’s name on his sneaker with the words “We want justice”. Also, Nuggets forward Paul Millsap (wearing “Vote” on his jersey) and Dekalb County have partnered to use the CORE4 training facility in Chamblee, Georgia, as a general election voting center.