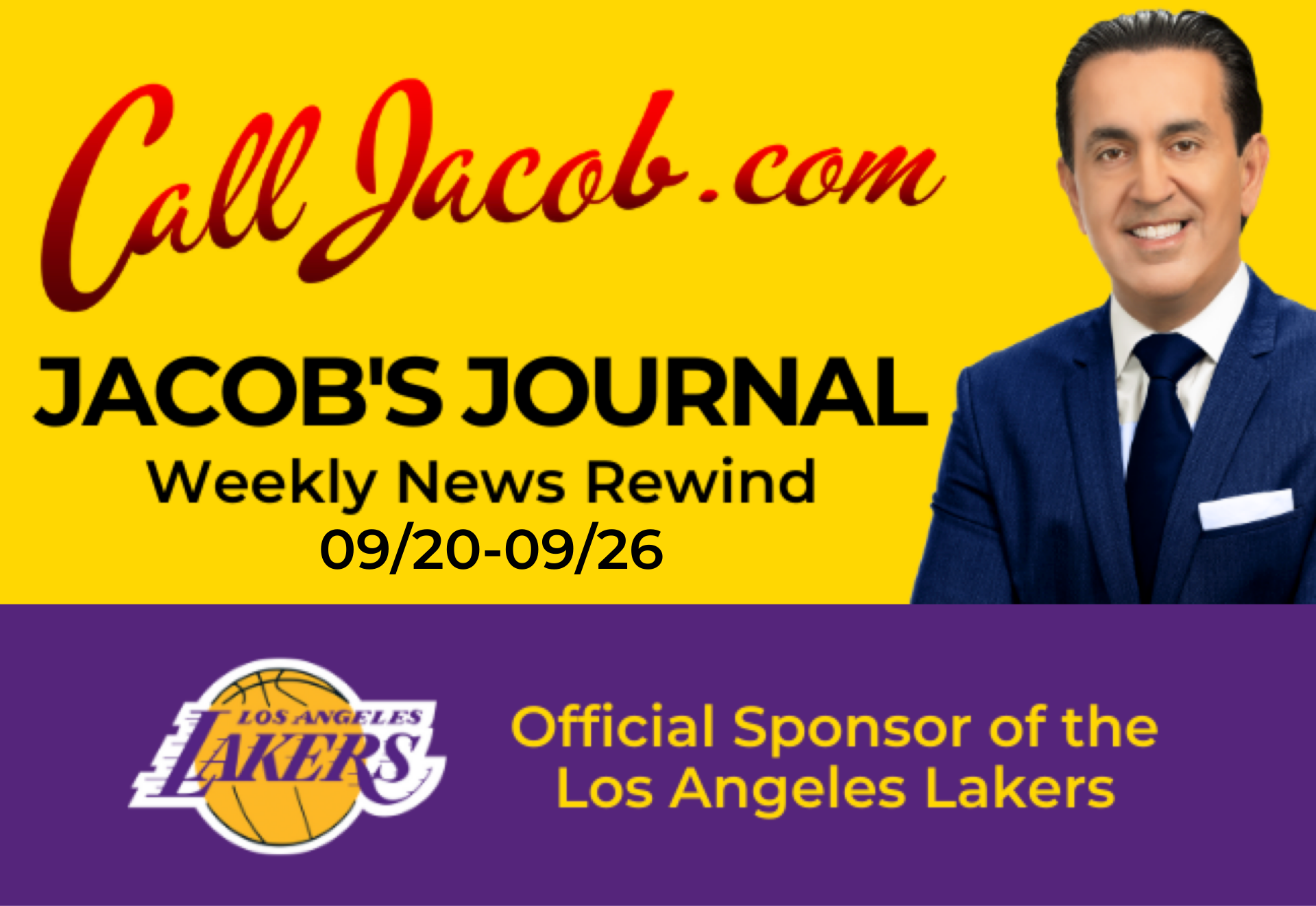 Wednesday, September 22 (KTLA 5) – A state mandate issued this week requires attendees of large indoor events in California to have proof they are vaccinated against COVID-19 or have had a negative coronavirus test 72 hours before the event. When introduced on August 18, it was the first such requirement in the nation. The rule applies to all indoor events of at least 1,000 people (otherwise known as “mega events” such as concerts, conventions, and sports games), per guidelines by the California Department of Public Health. State guidelines say events can assigned or unassigned seating whether general admission, gated, ticketed, or permitted. The measure is set to expire on November 1. Los Angeles County is set to employ similar requirements for outdoor mega events and theme parks next month.

California’s Extra Sick Leave for COVID-19 Is Ending, But Is It Too Soon?

Thursday, September 23 (Cal Matters) – On September 30, a law signed by Governor Gavin Newsom in March 2021 that requires companies with more than 25 employees to offer up to 80 hours of supplemental COVID-19 sick leave is set to expire. Many worker advocates say this date is too soon, even as California’s case rate is the lowest in the country. The supplemental leave program applies to employees unable to work, are caring for a family member, or getting a vaccine or having side effects. It also provides workers with financial stipends and employers who provide additional leave with a federal tax credit. The governor’s office said there are no efforts to extend COVID sick leave.

While opponents said the law encourages workers to stay home when they feel sick, businesses have violated it. Three grocery stores in Los Angeles and San Bernardino Counties were fined in July, more than $447,000, when a state investigation discovered sick workers were told to work until test results were received, yet they had symptoms. Federal coronavirus law, according to the Economic Policy Institute in June 2020, exempted companies with fewer than 50 workers, leaving 6.8 million to 1.6 million private sector employees without paid sick days. Martha Garrido, a domestic worker in San Francisco, expressed that the pandemic has exposed how domestic workers don’t have a safety net in times of need, referring to how the law doesn’t help those who can’t take paid time off.

Wednesday, September 22 (ABC 30) – According to the Centers for Disease Control and Prevention, the coronavirus is spreading rapidly in the Central Valley, despite California having the lowest COVID-19 case rate in the country. On Monday, CDC data showed the state had 95 cases per 100,000 people. But in Central California, counties reported case rates of over 100 cases per 100,000. Rates between 440 and 455 were reported in Mariposa, Tulare, and Kings Counties, while rates from 300 to 325 were seen in Merced and Madera Counties. Fresno County reported 262 cases over 7 days per 100,000 people, the lowest of the six Central Valley counties. Local health departments have pushed for eligible people to get vaccinated, but vaccination levels vary significantly across the state, and are comparatively low in Central California.

Thursday, September 23 (CBS 8) – At around 2:00 a.m. Thursday, a three-vehicle collision occurred on Interstate 15 near Carmel Mountain Road in San Diego. It involved a black Ford F-150, Kia Optima, and an unknown vehicle, according to the California Highway Patrol. The left northbound lanes of the highway were closed as a result. The cause of the accident was not yet known and police continue to investigate the injuries.

Thursday, September 23 (Torem & Associates) – A hit-and-run bicycle accident, which took place on Wednesday, September 22 at about 8:50 p.m., according to the California Highway Patrol, left a bicyclist injured. The incident occurred at the intersection of Mt. Vernon Avenue and California Avenue in Bakersfield when a burgundy Ford F-150 pickup truck struck the bike. Paramedics treated the victim for unspecified injuries. Police confirmed the driver failed to stop, render aid, or notify the authorities. The accident remains under investigation.

California Mother, Who Was Proudly Unvaccinated and Unmasked, Dies from COVID-19 Disease

Tuesday, September 21 (The Fresno Bee) – Kirsten Lowery, 40, of Escalon, passed away on September 15 of COVID-19. Lowery was recently vocal on social media in her protests against vaccines and masks. In her Facebook posts, she boasted about being a free thinker, being “unmasked” and “unmuzzled”, and giving a “voice to the vaccine injured”. According to the Daily Mail, she recently attended an anti-vaccine event. Health officials have urged residents of Stanislaus County and San Joaquin County (where Lowery was raising her children) to get vaccinated. Family members have mourned her death in various posts and started a GoFundMe page to raise funds for Lowery’s funeral and create a savings account for her children’s care.

Thursday, September 23 (Fox 5 San Diego) – A multi-vehicle collision on Interstate 8 in La Mesa occurred at about 7:30 a.m. Thursday, injuring one person. According to the California Highway Patrol, one vehicle flipped over, and the accident caused a nine-vehicle pipe-up that closed the first and second lanes of the westbound side of the highway near Lake Murray Boulevard. All lanes were reopened by 9:00 a.m. The CHP did not release information on the cause of the accident or types of injuries involved.

Thursday, September 23 (CBS News) – A bill signed by California Governor Gavin Newsom on Wednesday protects warehouse workers by forcing companies to disclose production quotas and productivity metrics. Data must be disclosed to both warehouse employees and government agencies. Applying to companies like Amazon, the law gives companies 30 days from hiring to provide an employee with a written description of expected quotas. It also prohibits the penalizing or firing of workers who fail to meet quotas by taking restroom or meal breaks. And if an employee complains and fails to meet “unsafe” quotas, companies are barred from retaliating against them, and the worker can seek relief in court. The state’s labor commission can also issue citations and access compensation data to find links between quotas and worker injuries.

The bill was written by Democratic Assemblywoman Lorena Gonzales of San Diego, an attorney and former labor leader, based on input from warehouse workers. Gonzales, according to The Associated Press, said Amazon uses an algorithm to discipline warehouse workers and constantly tracks employee activities. Amazon employees have long complained about unsafe working conditions, while retailers say the law will cost jobs. The company declined to comment on the new law. A statement issued by the California Retailers Association expressed disappointment in the measure and said it will worsen current supply chain issues.

Thursday, September 23 (Los Angeles Times) – Rob Pelinka, vice president of basketball operations and general manager, noticed that LeBron James had “slimmed up” after seeing him at practice. James, who is 6’9”, was listed at 250 pounds last season. In a video conference call, Pelinka said James is focused on his fitness level to improve his level of performance. He also said James is working hard at the team facility in El Segundo every morning. Entering his 19th season with the NBA, LeBron James is seeking his second NBA championship with the Los Angeles Lakers and his fifth overall. Last season, he averaged 25 points, 7.7 rebounds, and 7.8 assists.

Friday, September 24 (ESPN) – Los Angeles Lakers vice president of basketball operations and general manager Rob Pelinka said all players signed to the team’s roster will be fully vaccinated on opening night, when the Lakers play the Golden State Warriors. The league has not mandated players to get COVID-19 vaccinations. However, some teams will need to follow stricter protocols based on their state’s or county’s requirements.

Pelinka did not name players who have yet to be vaccinated, while the NBA and National Basketball Players Association have been negotiating protocols for vaccinated versus unvaccinated players. The Lakers are planning several preseason events. Also of note, a leaner, more fit LeBron James will enter his 19th season and turn 37 in December; he’s also changed his uniform number from No. 23 to No. 6. Pelinka has made improvements to the team’s medical and training staff, including replacing head athletic trainer Nina Hsieh with Roger Sancho and focusing on customizing their training approach.