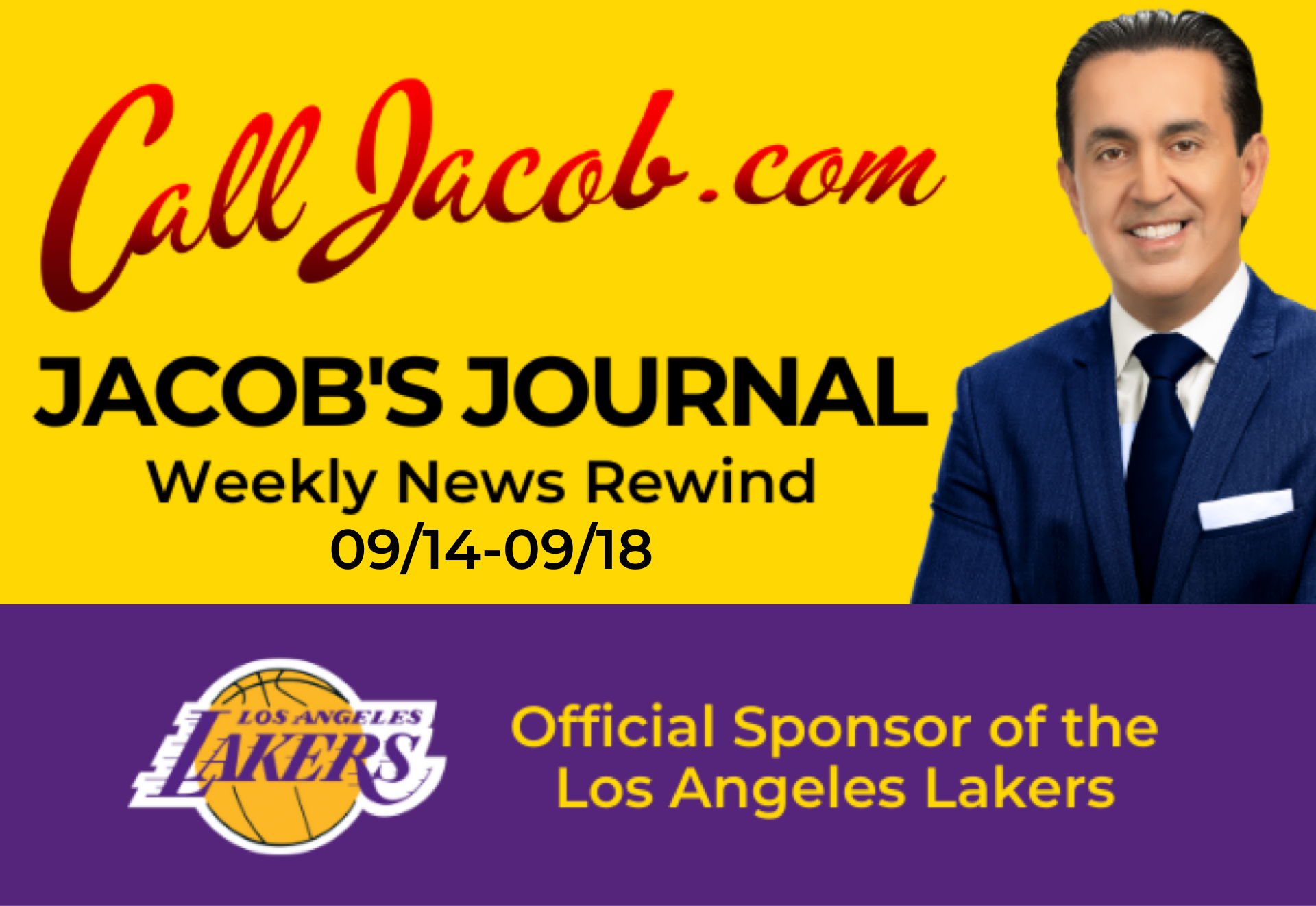 Tuesday, September 15 (KTLA 5) – The South Coast Air Quality Management District issued a smoke advisory on Tuesday as harmful air quality due to wildfires persists across Southern California. A forecast for unhealthy air quality was issued for Los Angeles, Orange County, the Inland Empire, and the Coachella Valley. At the time of the report, the Bobcat Fire had grown to over 41,000 acres in the Angeles National Forest and the El Dorado Fire burned over 17,000 acres in the San Bernardino Mountains. Officials have advised day camps to suspend outside recreation, the public to avoid burning wood, and for anyone who smells smoke or sees ash to stay indoors, close windows, and avoid strenuous activity.

L.A. County Could Move into Next Reopening Stage in October If There is No Surge in COVID-19 Cases: Officials

Wednesday, September 16 (KTLA 5) – On Wednesday, Public Health Director Barbara Ferrer announced Los Angeles County could enter the next reopening stage as early as October if coronavirus cases and hospitalizations don’t surge following Labor Day weekend. The region’s COVID-19 positivity rate of just over 3% meets standards to move to Tier 2. However, the daily case rate of 8.1 cases per 100,000 doesn’t meet the criteria. The test positivity rate is the lowest to date, Ferrer said. She also commented on racial disparities in infection rates and expressed concern over potential increases in deaths among certain groups amid decreases in the general population. Officials reported 1,148 new cases and 31 new deaths in L.A. County on Wednesday.

Hospitalizations at Lowest Level Yet but L.A. Not ‘Out of the Woods,’ Garcetti says

Wednesday, September 16 (KTLA 5) – Los Angeles Mayor Eric Garcetti said on Wednesday that the city is “slowly but surely moving in the right direction” in regard to coronavirus hospitalization rates. Public health officials also said the city could be assigned to a less restrictive Tier 2 status by October if hospitalizations and deaths continue to decline. However, officials are still concerned over recent gatherings that could increase infection rates to unacceptable levels. In a CNN interview on Sunday, Garcetti publicly criticized President Donald Trump’s leadership during the pandemic.

Thursday, September 17 (NBC Los Angeles) – Richard Urzúa, 54, is in a coma with serious brain damage after being struck by a hit-and-run driver while crossing a South Gate intersection. He is now receiving artificial respiration. The driver fled the scene following the incident on Sunday, September 13, shortly after 12:30 p.m. Urzúa is the oldest of eight siblings, and had been in charge of caring for their parents, who have been recovering from COVID-19. A photo of a black Chrysler 300 with tinted windows was released by the South Gate Police Department; anyone with information can contact the department at 323-563-5436

Wednesday, September 16 (KTLA 5) – A stolen black Honda sedan crashed during a police pursuit on Wednesday night. After speeding down Balboa Boulevard, running curbs, and sometimes driving the wrong way, and then colliding with a parked recreational vehicle, the driver slammed into the rear of a parked car near the intersection of Glenoaks Boulevard and Roxford Street. He then fled on foot but was later detained by officers.

Thursday, September 17 (KTLA 5) – According to officials, a woman died after a compact SUV crashed into a Pomona home on Sunday night. Emergency crews treated the victim, but she was pronounced dead at the scene. Investigators determined the Chrysler PT Cruiser was speeding and the driver lost control before the crash on Colony Drive near Hamilton Boulevard. Police believe alcohol was a factor. The driver remained at the scene but it’s unknown if anyone was taken into custody.

Thursday, September 17 (AP News) – California Governor Gavin Newsom signed two laws Thursday to protect workers from coronavirus. Under AB 685, companies are required to warn workers of potential exposure to coronavirus, while SB 1159 requires employers to pay workers compensation benefits to employees who get sick from the virus. Business groups objected to the laws. Police officers, firefighters, and healthcare workers as well as janitors in contact with COVID-19 patients are eligible for benefits. For other workers, eligibility is determined by whether an outbreak affects their workplace. The new rules are permanent for first responders and health care workers and expire for all others on January 1, 2023.

Wednesday, September 16 (ESPN.com) – On Wednesday, LeBron James of the Los Angeles Lakers was named to a 16th All-NBA team in his 17-year career. This ties with Hall of Famers Tim Duncan, Kobe Bryant, and Kareem Abdul-Jabbar. James was one of five players to be named to the team, which is his 13th All-NBA first team, including 11 straight first teams before being injured last season. Ten other players were honored Wednesday when named to a second and third team, including Ben Simmons, Luka Doncic, Jayson Tatum, Kawhi Leonard, and Russell Westbrook. Sixers center Joel Embiid would have become eligible for a supermax extension after next season if he had made an All-NBA team.