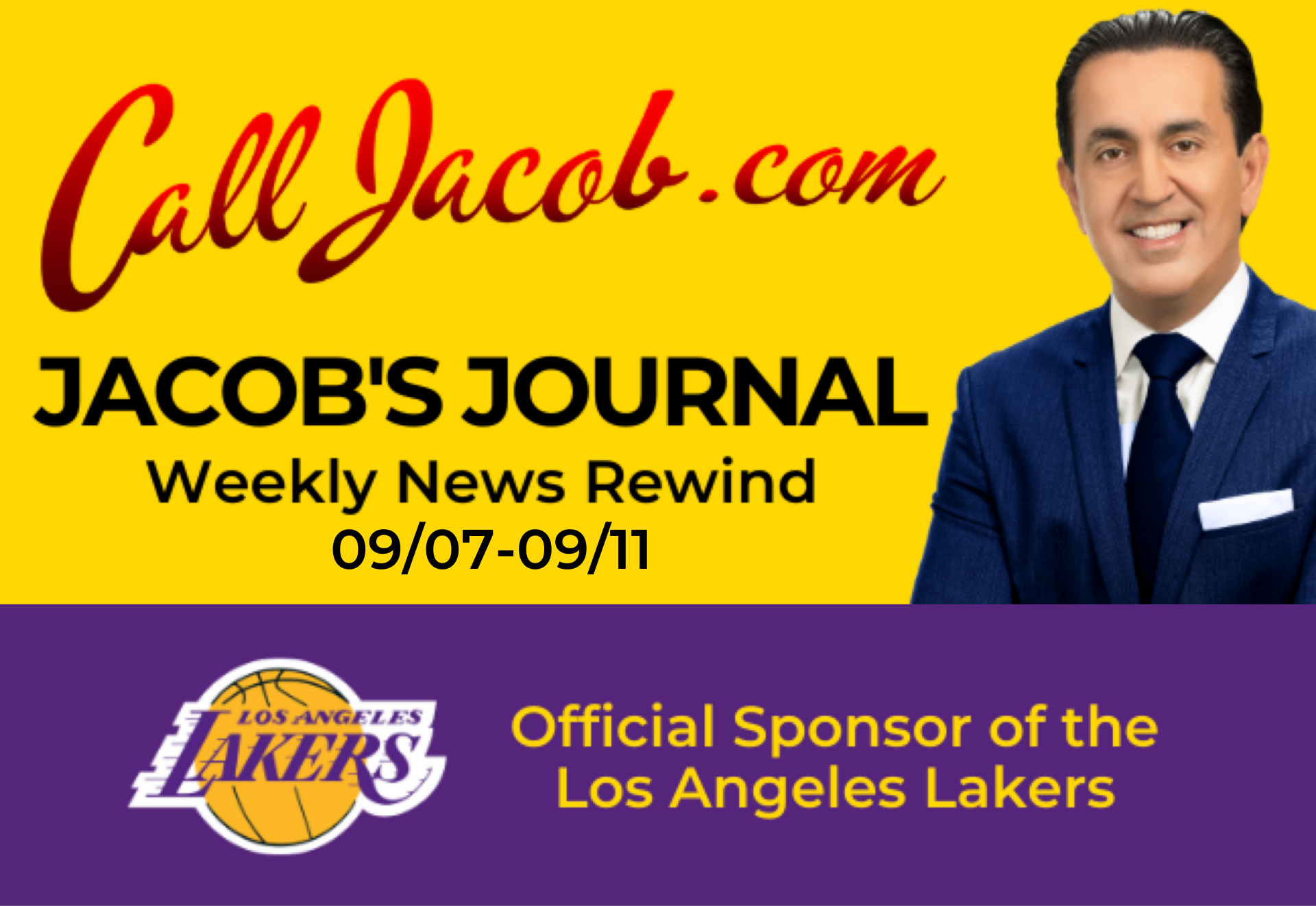 Thursday, September 10 (NBC Los Angeles) – According to fire experts, wildfire behavior is becoming more extreme due to drought and warming temperatures. A fire in the Sierra National Forest on Labor Day weekend moved 15 miles in a day, said fire officials, trapping hundreds of campers, and on Wednesday, a wildfire in Plumas National Forest spread 25 miles and consumed 400 square miles in a single day. The speed of wildfires is leaving less time for warnings and evacuations. Fire-created thunderstorms, pyro-cumulonimbus clouds, and firenadoes (up to four of which occurred north of Lake Tahoe this month) are becoming more commonplace as well. A Columbia University expert said recent events are part of a long-term trend and their magnitude is consistent with decades of scientific predictions.

Wednesday, September 9 (KTLA) – Following a vehicle chase on Tuesday afternoon, LAPD officers removed a reckless driving suspect from his vehicle around the Pacific Coast Highway (PCH) and Carbon Canyon Road. The chase began at Ventura Boulevard and DeSoto Avenue in Woodland Hills, at about 1:55 p.m., said police, and ended after 3:10 p.m. Along the way, the driver hit several cars on Ventura Boulevard. A brush fire ignited along Topanga Canyon as the driver turned onto PCH from Topanga Canyon Boulevard, but it is unknown if the chase and blaze are related. The highway was blocked from Sweetwater Mesa to Carbon Canyon. The chase ended when the shirtless man was forcibly removed from his truck and taken into custody.

Tuesday, September 8 (NBC Los Angeles) – On Tuesday, Orange County was upgraded from purple to red on the state’s four-tier color code system for COVID-19 safety. Movie theaters, restaurants, and churches are now allowed to reopen. Indoor dining and indoor worship at 25% capacity are now permitted, while shopping centers can expand to 25% capacity and movie theaters can reopen at 10%. Officials noted observing public compliance with state public health guidelines over Labor Day weekend. Orange County, which reported 113 new COVID-19 cases over the weekend and no additional deaths, has met state criteria for the past two weeks. With the current trends, county schools can reopen as early as September 22.

Wednesday, September 9 (KTLA 5) – Protesters had gathered for peaceful demonstrations for several days after the fatal shooting of Dijon Kizzee by deputies in Westmont last week. However, those demonstrations outside the South Los Angeles sheriff’s station turned into clashes with deputies over Labor Day weekend, as nonlethal projectiles and tear gas were fired into crowds. During three nights of unrest, 18 people were arrested. The Sheriff’s Department said the confrontations were initiated by protesters, while activists said the use of force was unprovoked.

Tuesday, September 8 (KTLA 5) – On Tuesday, a woman and her unborn child were fatally struck by a suspected drunken driver in Lancaster. The Los Angeles County Sheriff’s Department said the DUI suspect’s Dodge Ram 1500 pickup was being chased by deputies at the time. Video footage showed the suspect’s truck and victim’s Dodge Avenger sedan on the sidewalk after the crash. The chase began near Avenue K and 12th Street West and ended when the pickup ran a red traffic signal at Avenue J-8 and 10th Street West, then collided with the victim’s car. The pickup driver then fled the scene on foot.

Monday, September 7 (CBS Los Angeles) – Ali Zohair Fakhre, 31, of Riverside, was arrested about three hours after hitting and killing a Newport Beach woman and her dog in Costa Mesa. He was charged with driving under the influence and hit-and-run, according to the California Highway Patrol. The crash occurred just after 6:30 a.m. on Sunday when the Hyundai ran a red light and struck the woman and dog in the crosswalk at the intersection of Irvine Avenue and Mesa Drive. At 9:40 a.m., Riverside police reported to the CHP they had detained the man and seized his vehicle.

Tuesday, September 8 (KTLA 5) – According to the LAPD, a man lying in the street in El Sereno was struck and killed by a hit-and-run driver on Monday, at about 10:10 p.m. An LAPD news release said the crash occurred near the intersection of Valley Boulevard and Boca Avenue. Investigators revealed the victim was lying on the roadway when a westbound black vehicle struck him. The victim is described as being in his 20s. A $25,000 reward is being offered for information leading to the driver’s identification, arrest, and conviction; call 213-833-3713 or 213-833-3746 to provide any details.

Wednesday, September 9 (NBC Los Angeles) – In Tuesday night’s game, LeBron James scored 36 points, leading the Los Angeles Lakers to beat the Houston Rockets, 112-102, in Game 3 of the Western Conference Semifinals. Anthony Davis scored 26 points and had 15 rebounds. The teams were tied 15 times into the fourth quarter with 16 different lead changes, and then the Lakers pulled ahead in the fourth quarter with a 17-5 run. LeBron James also achieved the most career playoff wins in NBA history, at 162, surpassing Derek Fisher.