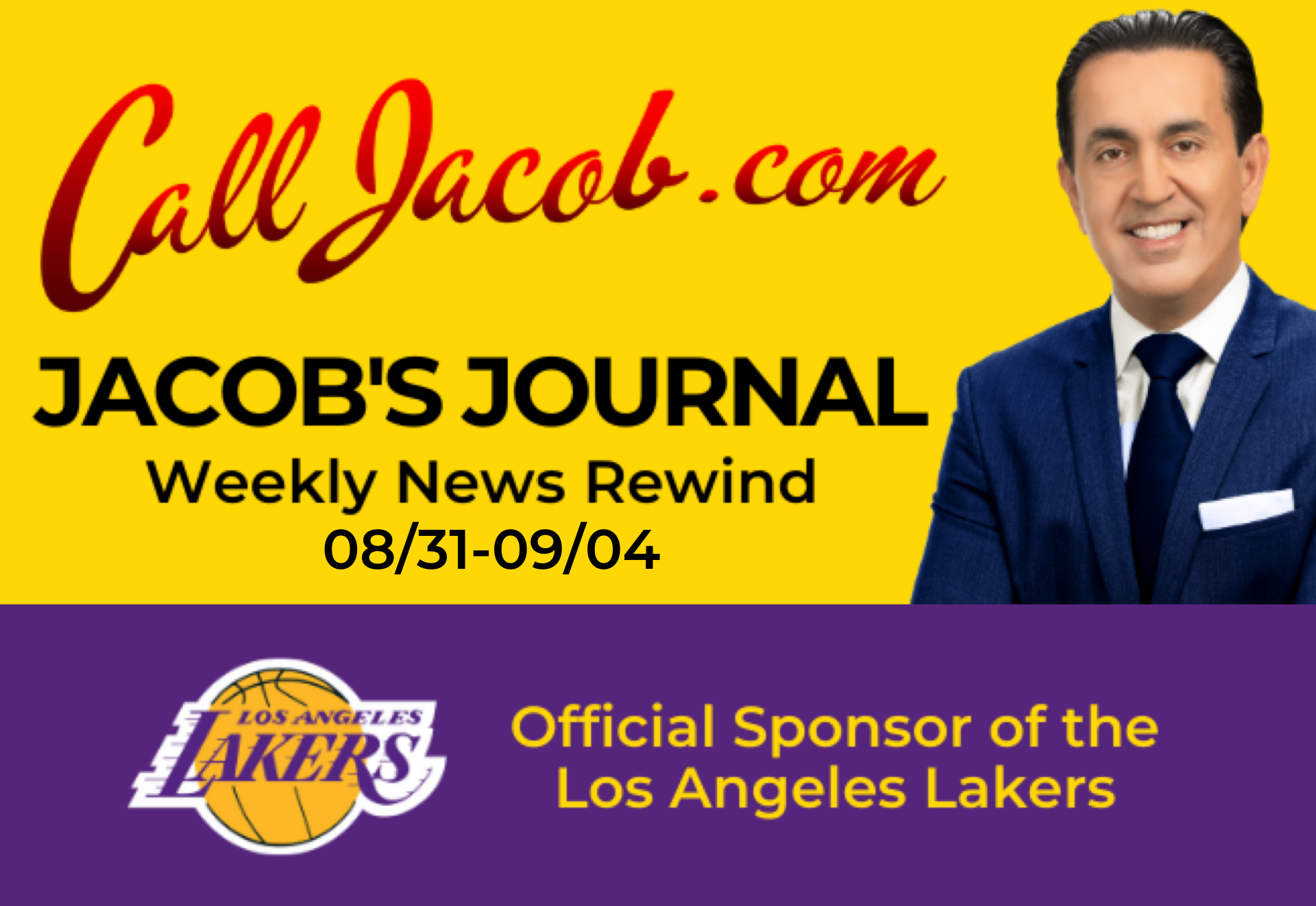 Thursday, September 3 (KTLA 5) – Following a hit-and-run crash in North Hollywood on Thursday morning, police are searching for three males involved in the incident, who are believed to have fled on foot. The crash was reported at about 3:45 a.m., according to an LAPD spokesperson, near the intersection of Burbank Boulevard and Colfax Avenue. At least two vehicles were involved including one that flipped on its roof. The crash also damaged four parked vehicles, a power pole, and street light.

Wednesday, September 2 (CNN) – On Monday, protests followed the fatal shooting of Dijon Kizzee, 29, by Los Angeles County Sheriff’s deputies. Kizzee was riding a bicycle when two deputies tried to stop him, according to the sheriff’s department. The man started to run, but deputies caught up to him a block away, when he punched one of them and dropped clothes he was carrying. Deputies noticed a semiautomatic handgun in one of the items and opened fire. Kizzee was pronounced dead at the scene. Representatives of his family say he was not a threat to the deputies and are demanding their names to be released, their “arrest and criminal prosecution”, and for deputies to wear body cameras.

Thursday, September 3 (KTLA 5) – A dangerous heat wave is expected during the Labor Day Weekend, with 43 million people under an excessive heat watch. The alerts cover much of California, southern Nevada, and western Arizona. National Weather Service forecasters said the heat wave could break all-time high temperature records and suggested “all daytime outdoor activities should be limited or cancelled”. It also said temperatures could be as high as 115 degrees on Sunday, while record high minimum temperatures are expected with overnight lows in the 70s and 80s. The weather service warned of possible power outages as well.

Wednesday, September 2 (KTLA 5) – On Tuesday, California state officials awarded a $15 million contract to Minnesota-based software company OptumInsight, Inc. to develop a system to collect data on the spread of COVID-19. The announcement comes a month after the state revealed the previous tracking system was inaccurate and couldn’t handle the volume of cases and tests. Officials said the first phase of the new system will be launched in October. The competitively bid, renewable contract covers six months; a federal grant will be used to finance the project.

Wednesday, September 2 (CBS Los Angeles) – On Wednesday, Los Angeles County Supervisor Janice Hahn announced the county’s health order was being updated to allow barbershops and hair salons to resume indoor operations. Businesses can operate at 25% capacity. Hahn said that, over the next three weeks, the county will evaluate whether this can be increased. The announcement comes after California Governor Gavin Newsom’s decision on August 28 to open hair salons, barbershops, and indoor malls statewide. Last week, a four-tiered, color-coded coronavirus assessment system was unveiled. It was also announced on Wednesday that Los Angeles County school districts can reopen in-person classes for special-needs students and English language-learners.

Monday, August 31 (KTLA 5) – A pedestrian was struck and killed by a Los Angeles County Sheriff’s Department inmate transport bus on Monday morning. The crash, which occurred at about 3:20 a.m. near Osborne Street, according to the California Highway Patrol, caused the closure of the northbound Freeway in the Arleta area. The LASD said the bus driver was the only person on the vehicle. All lanes were reopened by 8:00 a.m.

Tuesday, September 1 (CBS Los Angeles) – Adalyn Rose, a newborn who survived a crash that killed her mother, 23-year-old Yesenia Aguilar, returned home from the natal intensive care unit at the University of California, Irvine Medical Center on Monday. On August 11, Adalyn was delivered via emergency C-section after her mother was struck by a Jeep that drove onto the sidewalk. She was exercising with her husband on Katella Avenue at the time. The driver, 40-year-old Courtney Fritz Pandolfi, had multiple DUI convictions, a suspended/revoked license, and has been charged with second-degree murder.

Will Layoff Help or Hurt Lakers and Clippers in Respective Second-Round Playoff Series?

Wednesday, September 2 (USA Today) – With the playoffs in the Western Conference semifinals set to begin, the Los Angeles Lakers and L.A. Clippers are considering whether the time off will benefit them or not. Clippers coach Doc Rivers said he believes NBA coaches are evenly split on the matter. With their teams’ recent performance, Rivers and Lakers coach Frank Vogel would likely favor extra rest. Teams such as the Denver Nuggets, Utah Jazz, and Portland Trail Blazers have been busier, with players fighting off fatigue, while the Lakers and Clippers have used their additional free time to pursue racial justice initiatives, including LeBron James’s “More than a Vote” campaign. While Lakers forward Kyle Kuzma urged the California state senate to pass a police reform bill, the Clippers discussed the matter with Rep. Karen Bass, D-California this week.