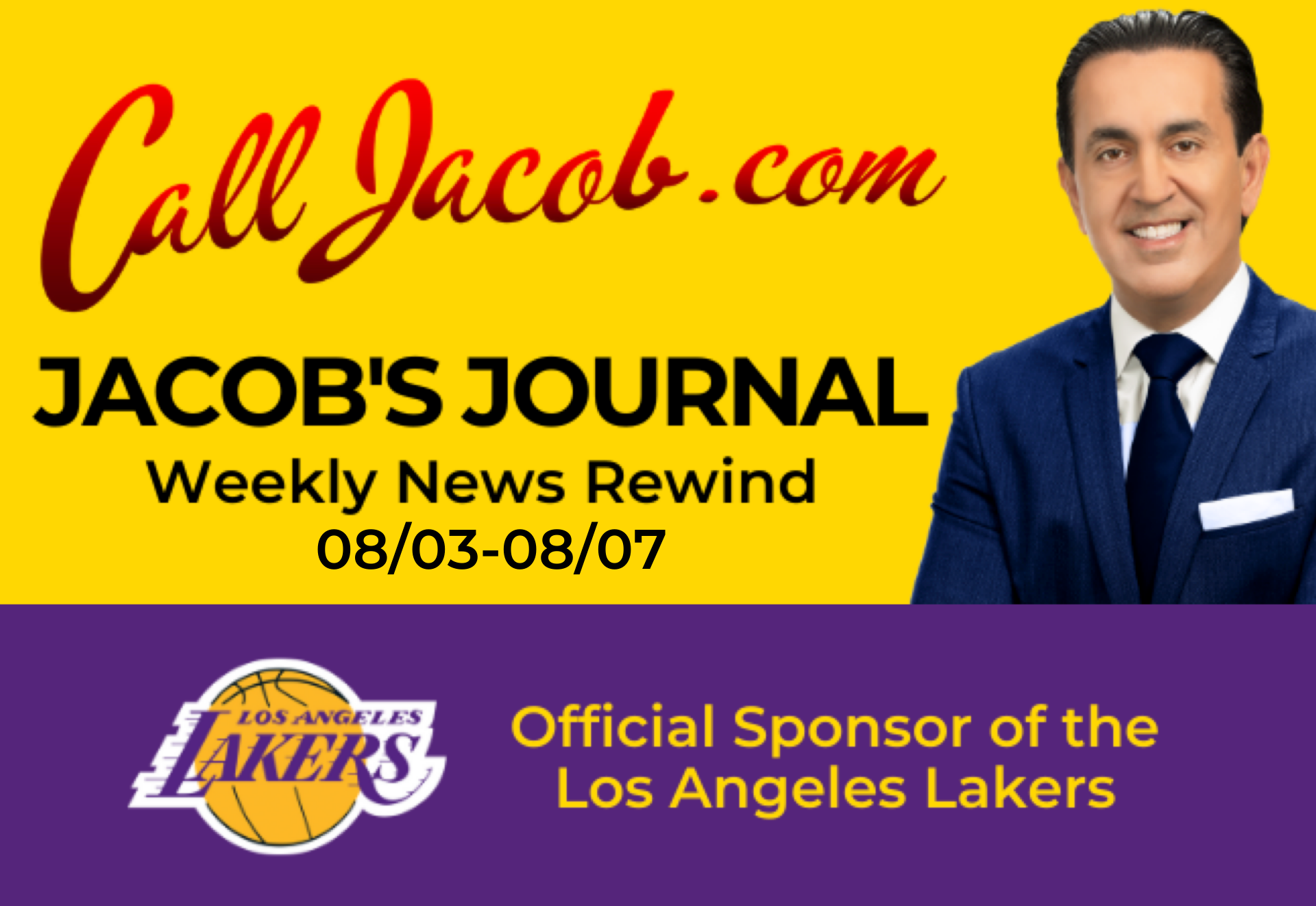 Wednesday, August 5 (KTLA 5) – Following an early Wednesday morning crash in Beverly Hills, which resulted in one arrest, police were investigating the incident. The two-vehicle crash near Sunset Boulevard and North Canon Drive left a Ferrari and Tesla badly damaged. It caused minor injuries, according to a Beverly Hills police spokesperson. A witness said the driver of the Ferrari is the son of a celebrity. Police have not confirmed the identity of anyone involved.

Thursday, August 6 (CNN) – On Wednesday, Los Angeles Mayor Eric Garcetti announced that, starting Friday, authorities will be able to request a shutoff of water and power from homes/businesses that host large gatherings. The measure is intended to deter people from hosting parties or events as California leads the nation in coronavirus cases. The LAPD will have the authority to give notice and request the city’s Department of Water and Power shut off service to a property within two days. Parties and large gatherings have become a problem in Los Angeles, including one on Monday with over 100 guests at a home on Mulholland Drive, where one person was killed and four injured by gunfire.

Two Drivers Killed in Wrong-Way Crash on the 210 Freeway

Tuesday, August 4 (NBC Los Angeles) – A wrong-way crash on the 201 Freeway in the La Crescenta-Montrose area early Monday morning killed two drivers. Nicole Ardon, 23, of Sunland and James Haddid, 27, of Pasadena died at the scene. According to police, the crash occurred at about 2:40 a.m. on the eastbound side of the freeway, when Ardon, behind the wheel of a 2016 Mazda 3, was traveling westbound and collided with Haddid’s 2014 Honda Civic. A male passenger in the Mazda was hospitalized with major burn injuries to his legs, arms, and face, according to the California Highway Patrol.

Thursday, August 6 (KTLA 5) – A stolen black BMW was involved in a violent rollover crash following a police pursuit on Wednesday afternoon. The crash occurred in North Hollywood, around Camarillo Street and Satsuma Avenue. Slamming into two parked cars, the BMW flipped over and pushed the other vehicles out of their spots. When it came to rest on its wheels, two teens fled the vehicle into an alley and were later found and detained by officers. During the pursuit, officers tried to pull the vehicle over, which was then seen going the wrong way on a North Hollywood street and speeding in the San Fernando Valley. Authorities say the two teens in the crash were hospitalized after complaining of minor pains.

Wednesday, August 5 (ABC News) – According to a statement by health officials on Wednesday, California has stopped updating a list of counties that would face tougher restrictions on businesses and schools, citing technical problems with the state’s coronavirus testing database and backlogged testing data. Officials say the true number of cases is higher than the 525,000 positive results so far. Incomplete data has prevented public health officials from following up on people who test positive and contacting others who have been around them. It’s unclear if a recent decline in the infection rate is due to the absence of data, which also makes it hard to track virus trends, according to county health officials.

Thursday, August 6 (NBC Sports) – The family of Juan Becerra is suing developers over the construction worker’s death after a fall at SoFi Stadium on June 5. Becerra fell an estimated 110 feet. The suit was filed on Monday in Los Angeles County Superior Court, according to the Los Angeles Times. It claims the accident resulted from inadequate safety measures and a rush to complete the stadium by August. Turner-AECOM Hunt joint construction venture, Stadco LA, and two subcontractors are named in the suit. Becerra is the second worker to die on the site.

Tuesday, August 4 (ABC7) – Southbound lanes of the 5 Freeway reopened at about 4:45 p.m. Tuesday afternoon after a crash, involving two big rigs, occurred just before 1:00 p.m. The crash happened in the Elysian Park area of Los Angeles near the connector for the 110 Freeway, according to the LAFD. Traffic backed up several miles into the San Fernando Valley during the closure. Fire officials say one occupant was trapped, but quickly freed, while ABC7 reporter Chris Cristi said two people in the collision were hospitalized in stable condition.

Tuesday, August 4 (Yahoo! Sports) – The Los Angeles Lakers won their first conference title since the 2010 Championship led by Kobe Bryant. Anthony Davis scored 42 points and LeBron James scored 22 points. After taking the lead in the third quarter, the Lakers ended with a 116-108 win. Also, the Toronto Raptors led the Miami Heat 107-103, the Philadelphia 76ers led the San Antonia Spurs 132-130, and the Denver Nuggets won over the Oklahoma City Thunder 121-113 in overtime.