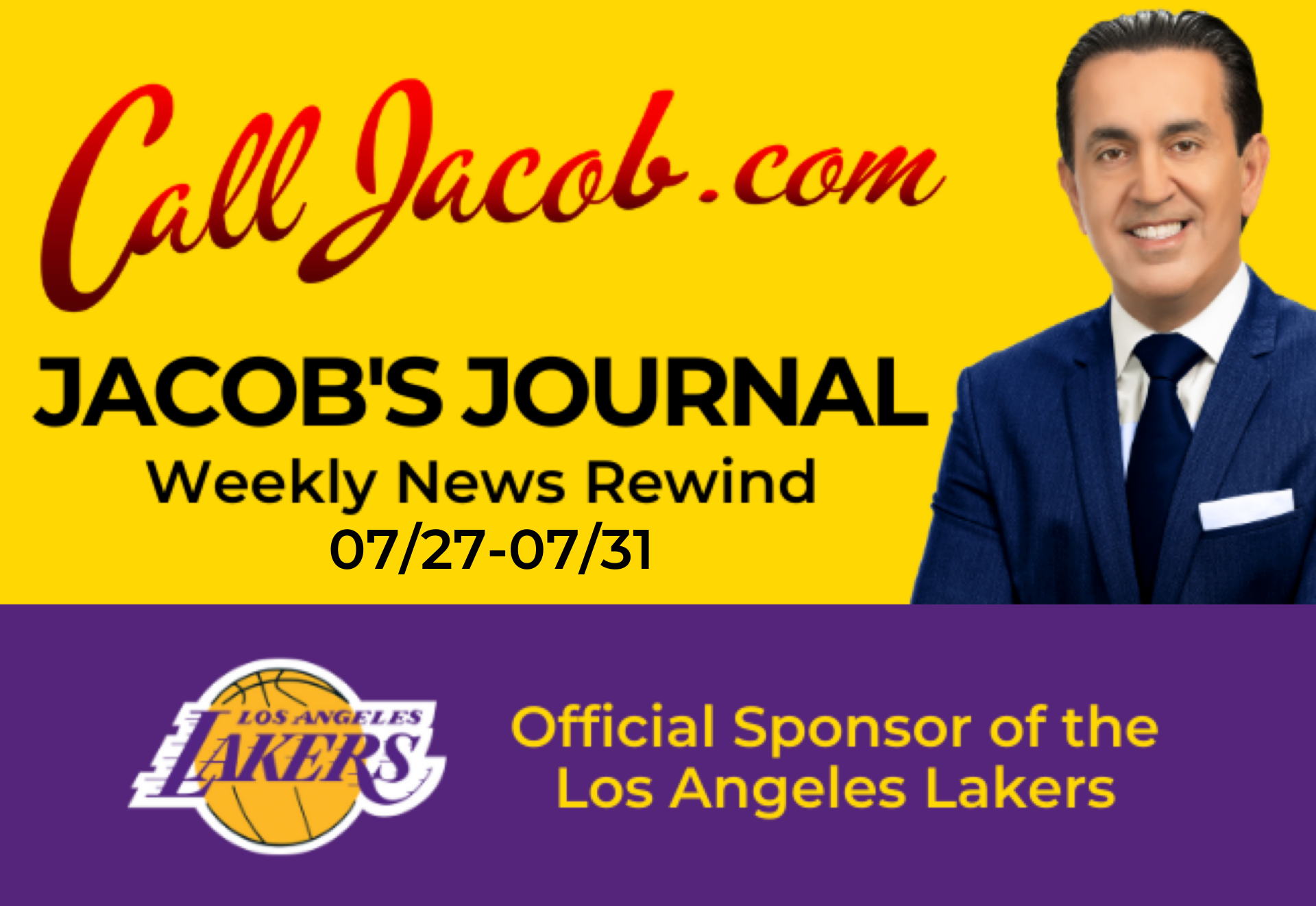 Monday, July 27 (KTLA 5) – A two-vehicle collision occurred in the Green Meadows neighborhood of Los Angeles on Monday night, at an intersection near 452 East Century Blvd. The crash, which involved six adults, occurred around 8:20 p.m., according to the LAFD. Four were taken to a local hospital, including one person who was critically injured. Two others were treated and released at the scene. The front of a Honda sedan was heavily damaged, while a dozen firefighters were on the scene.

Thursday, July 30 (CBS Los Angeles) – The U.S. Geological Survey reported a 4.2-magnitude earthquake in the Pacoima area in the San Fernando Valley, which struct at 4:29 a.m. Thursday. Located at a depth of 4.9 miles, the epicenter was located near Fellows Avenue and Aztec Street. The quake was reported to be felt from San Diego to Bakersfield. A 3.3-magnitiude aftershock occurred at 4:38 a.m., while a 3.8-magnitude quake struck North Huntington and 5th streets at 6:48 a.m. Seismologists reported more than 60 aftershocks in all, noting the event involved the same faults as the 1971 San Fernando earthquake and 1994 Northridge quake. No injuries or significant damage were reported.

Tuesday, July 28 (ABC 7) – Los Angeles Mayor Eric Garcetti and other city officials announced on Monday that a new LAPD bureau will be created to focus on community safety. The Community Safety Partnership bureau expands an existing program, started in 2011, that is a partnership between the police department and city housing authority focused on preventing violent crimes. LAPD Captain Emada Tingirides will oversea the new bureau, while a civilian commander will oversee a regional advisory council. Tingirides stressed the program is community-based and about understanding culture and responding to conflict.

Thursday, July 30 (CBS Los Angeles) – Two people were killed after their car crashed into a tree at the intersection of Baldwin Park Boulevard and La Rica Avenue after 8:00 p.m. on Wednesday. Before the crash, two cars collided, according to investigators. One of the victims was identified as 18-yeare-old Jorge Lizarraga of Baldwin Park; the other was a man in his 20s. The driver in the second car was not injured.

Thursday, July 30 (Patch.com) –  A pedestrian was fatally injured when a Metrolink train struck them near Lindley Avenue and Parthenia Street on Thursday morning. The VC Line 102 train struck the person at about 6:40 a.m. as it was carrying passengers from Ventura County to downtown Los Angeles. According to a Metrolink spokesperson, the tracks were closed until 9:51 a.m. while the incident forced the closure of five lines in total. The LAPD and Los Angeles County Coroner were investigating the incident.

Monday, July 27 (KTLA 5) – Eight vehicles were involved in a crash in Costa Mesa on Monday Morning, injuring at least five people, according to the Costa Mesa Police Department. The crash occurred near 19th Street and Newport Boulevard. Several victims were taken to local hospitals, with one of the five people injured said to have minor injuries. One person was extricated from a vehicle. Police later said one of the drivers was heading in the wrong direction on Newport Boulevard and was under the influence.

Tuesday, July 28 (CBS Los Angeles) – Outbreaks of coronavirus forced Golden State Foods Corp. in the City of Industry (with 43 cases), S&S Foods in Azusa (58 cases), and Mission Foods in Commerce (40 cases) to close, according to L.A. County Public Health Director Dr. Barbara Ferrer. In a briefing, Ferrer said the companies had not notified the county as required. L.A. County Supervisor Hilda Solis warned non-compliant businesses could face fines and suspensions, in a statement issued on Tuesday.

Thursday, July 30 (NBC Los Angeles) – On Thursday night, the Los Angeles Lakers and Los Angeles Clippers resumed their seasons at the ESPN Wide World of Sports Complex, after the regular season was interrupted by coronavirus. It was the second of several “seeding games” as the NBA restarts its season. The league is holding all games and providing housing at the Walt Disney World Resort near Orlando, Florida. Of over 340 players tested for COVID-19, two have come back positive.

Three arenas are being used, where “Black Lives Matter” has been painted on the courts and players have been allowed to put approved social justice messages on their jerseys. Broadcast enhancements will include the use of robotic cameras to offer never-before-seen camera angles, and microphones to capture sounds from the floor, while DJs and announcers will be present to replicate the experience teams are used to.