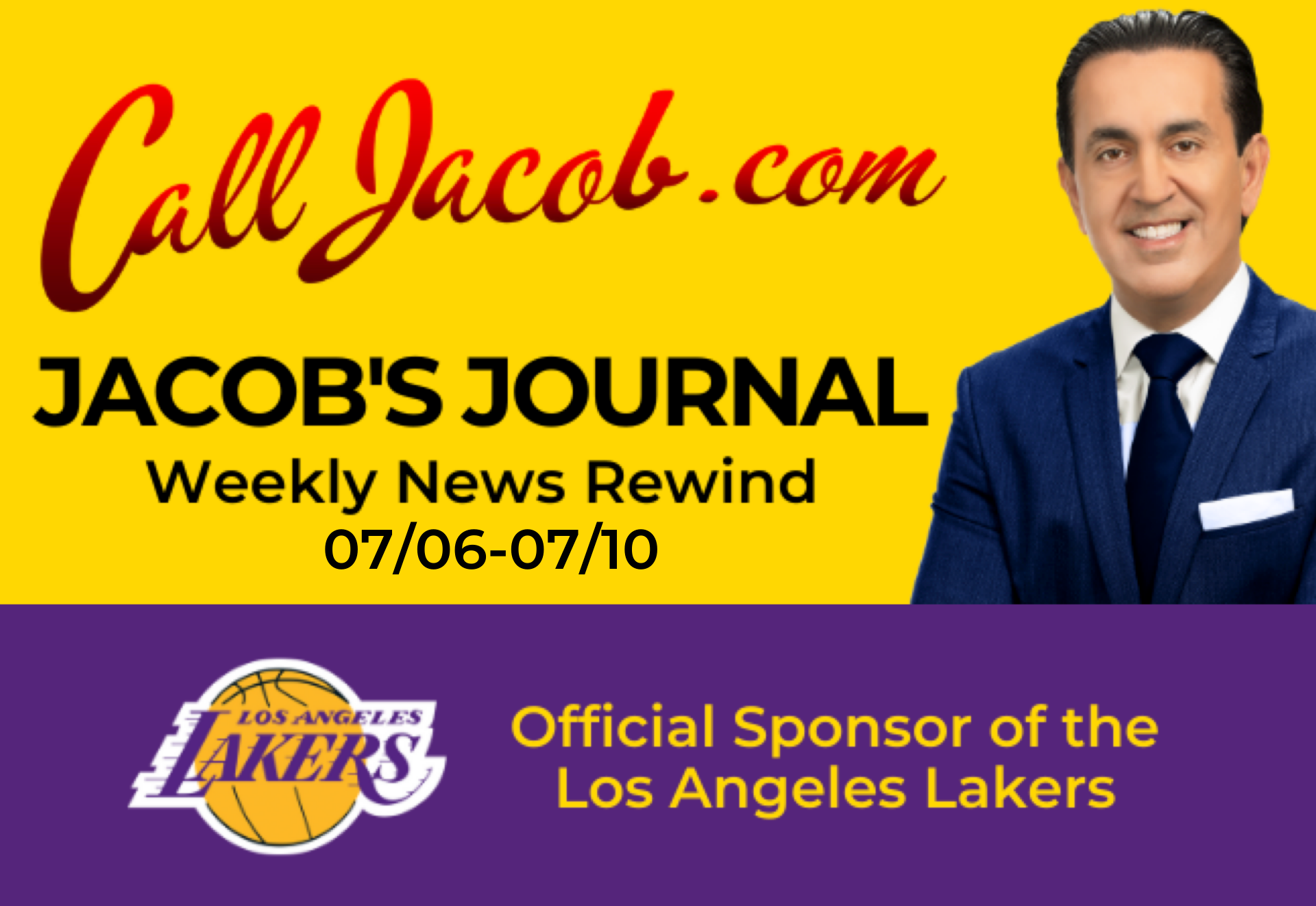 Thursday, July 9 (ABC 7) – During a press conference Wednesday, Los Angeles Mayor Eric Garcetti warned of a second mandatory stay-at-home order if the current trend of coronavirus cases and hospitalizations continues. He also said the color-coded risk assessment was at orange, which means people should stay at home as much as possible. On Wednesday, L.A. County confirmed nearly 2,500 new cases, bringing the total to over 123,000. The mayor also noted that as many COVID-19 cases have occurred in the last 28 days as in the first 99 days of the pandemic; he also commented on the county’s changes to testing guidelines and urged people to exercise caution at test sites.

‘The Worst’: Illegal Fourth of July Fireworks Ignite Hundreds of Fires in California

Wednesday, July 8 (USA Today) – Illegal Fourth of July fireworks caused at least 100 fires in San Francisco between 3:00 p.m. and 11:30 p.m. on Saturday, according to the San Francisco Chronicle. Fires were reported in Santa Clara County, Contra Costa County, and in Fresno, where firefighters responded to at least 70 fires. According to the Fresno Bee, the city’s fire department temporarily stopped responding to medical emergencies not involving cardiac arrest. In Los Angeles, the LAPD responded to thousands of emergency calls. One fire burned half of an apartment complex, while on Sunday morning, air quality due to particulate matter emitted by fireworks was rated as unhealthy.

Thursday, July 9 (NBC Los Angeles) – On Thursday, Los Angeles City Attorney Mike Feuer announced his office has filed a lawsuit against Lakeview Terrace Skilled Nursing Facility in Westlake/MacArthur Park. The second lawsuit filed against the facility, the suit alleges it has practiced “patient dumping” during the COVID-19 pandemic, discharging sick, elderly, and disabled patients without consent, to facilities unable to care for them. Allegations include patient abuse and neglect, denial of medical care, and concealing conduct. In addition, the complaint alleges the facility has accepted more patients than it has beds for, failed to administer medications to seriously ill patients, and that the California Department of Public Health found 32 state and federal violations there in the past six months.

Thursday, July 9 (Tampa Bay Times) – On Thursday, 22 teams participating in the NBA restart had checked into their hotels at Disney World. Full-scale practices began at the complex and all teams began their isolation, which is expected to last at least several weeks. The teams include the Los Angeles Lakers, Orlando Magic, Philadelphia 76ers, Toronto Raptors, Brooklyn Nets, Utah Jazz, Denver Nuggets, and Miami Heat, which were affected by the suspension of the basketball season on March 11. Most teams waited two days after arriving before starting practice; many players turned to social media to share meals they’ve had during quarantine.

Tuesday, July 7 (CBS Los Angeles) – Sebastian Martinez, 24, of El Segundo, and Christopher Gutierrez, 20, of Los Angeles, were arrested by Manhattan Beach police officers last Thursday in connection with looting in Santa Monica during violent protests, according to a Santa Monica police spokesman. The men allegedly ransacked the REI and Vans stores in Santa Monica. A surveillance camera caught their car’s license plate. Gutierrez, also identified in an assault on a police officer, is in custody on $50,000 bail, while Martinez, according to Santa Monica police, is cited out due to COVID-19.

Girl, 13, Dies After She Was Ejected From Minivan During Carjacking

Monday, July 6 (NBC Los Angeles) – Isabella Cortes, 13, was killed when her family’s minivan was carjacked in Pico Rivera on Sunday, causing her to be ejected from the vehicle at 60 miles per hour. Her 8-year-old brother suffered major injuries. The incident occurred near La Mano Tortilleria on Whittier Boulevard at about 2:00 p.m., when the parents of two girls and two boys entered the business but left the engine running, according to Deputy Juanita Navarro-Suarez. A 26-year-old man got into the driver’s seat and took off, the Los Angeles County Sheriff’s Department said. A sheriff’s department statement said an 18-year-old female jumped from the van after fighting with the suspect and an 11-year-old male jumped to safety; both sustained minor injuries.

Tuesday, July 7 (KTLA) – A violent car crash in the Westchester neighborhood of Los Angeles on Tuesday killed one man and left another in critical condition. The Los Angeles Fire Department said the crash occurred at about 5:20 a.m. at the 6800 block of Sepulveda Boulevard. Two cars were involved; one burst into flames and the driver escaped but was later hospitalized. The other rolled over, killing the unidentified man. Culver City police warned drivers to avoid areas near Sepulveda Boulevard and Centinela Avenue.

Tuesday, July 7 (NBC Los Angeles) – On Tuesday, former Los Angeles City Councilman Mitch Englander, 49, pleaded guilty to obstructing an investigation into whether he accepted cash, meals, escort services, and other gifts from a businessman involved in local real estate development projects. He faces up to five years in prison in connection with the federal criminal charge. Sentencing was set for September 28. Englander represented Los Angeles Council District 12 from July 2011 until his resignation two years ago and was a member of the Planning and Land Use Management Committee. He is one of four defendants who agreed to plead guilty in connection with a federal probe involving City Councilman Jose Huizar.