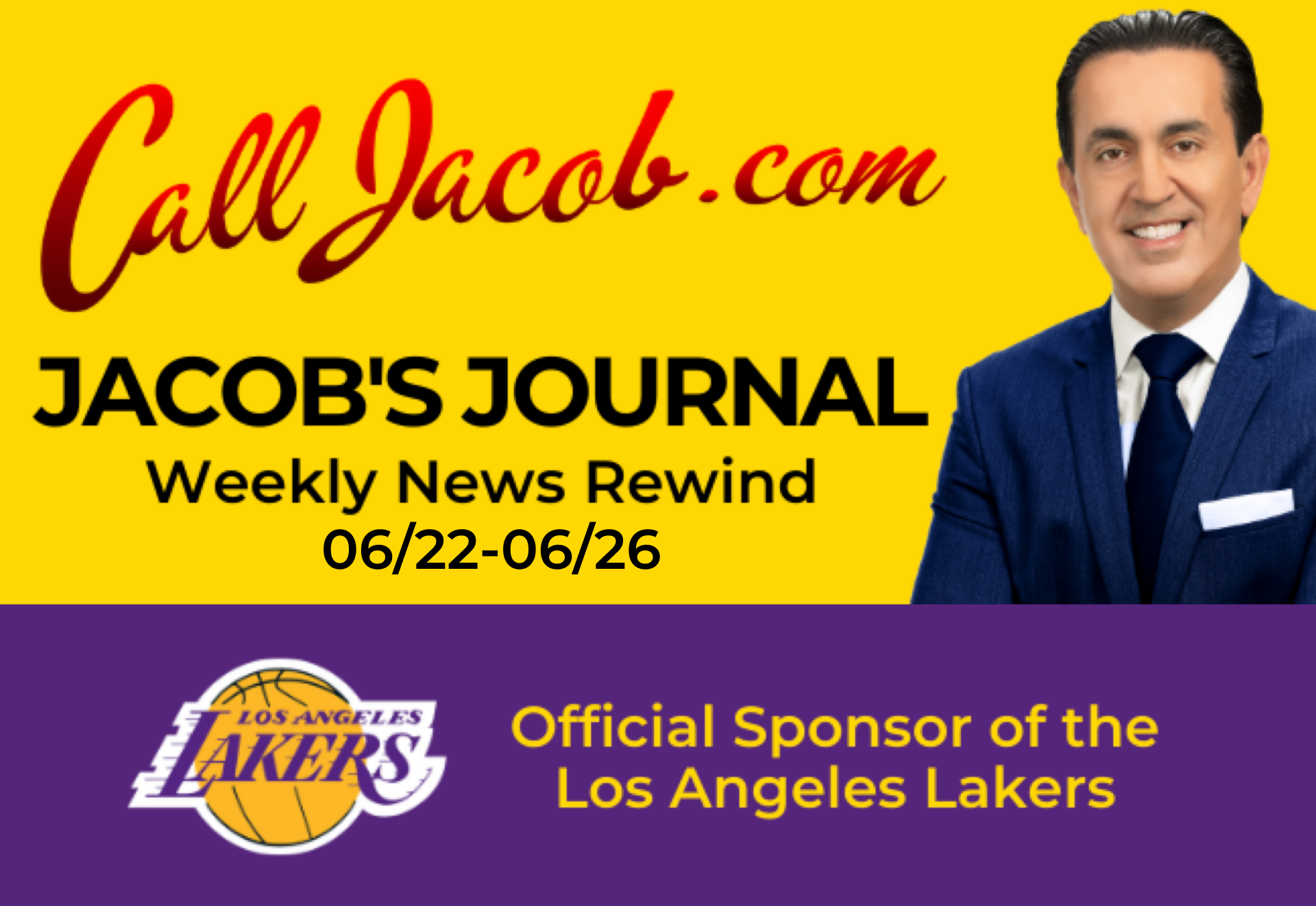 Reports of Illegal Fireworks in LA Have Exploded in June

Thursday, June 25 (NBC Los Angeles) – According to the LAPD, reports of illegal fireworks increased by 170% compared to the first three weeks of June last year. Officers were sent to investigate complaints of fireworks 1,429 times between June 1 and June 20 compared to 528 during the same period in 2019. The department also said it had made nine felony arrests for “reckless burning” which may include use of illegal fireworks and that officers have seized 5,100 pounds of them in recent weeks.

Monday, June 22 (CBS Los Angeles) – On Monday, the Los Angeles City Council’s Budget and Finance Committee agreed to cut $133 million from the LAPD’s budget for the upcoming fiscal year. This is a reduction from the $150 million it originally considered to account for technology improvements, retaining civilian employees, and limiting furloughs of municipal employees. Officials said the decision would ensure city services would be available to all communities, while LAPD Chief Michel Moore said 1,950 civilian employees would be furloughed for one day each period and a hiring freeze would reduce the civilian force as well. The city council has until June 30 to approve the budget, which must be signed by Mayor Eric Garcetti.

Wednesday, June 24 (NBC Los Angeles) – On Wednesday night, a woman walking her dog on a Palmdale bike path was struck and killed by an SUV. Witnesses say the crash occurred after the vehicle was involved in a chase. Two adults and four minors in the SUV, who suffered minor injuries, were arrested. The L.A. County Sheriff’s Department reported a pursuit that began near Avenue S and the 14 Freeway at around 7:45 p.m., involving a felony suspect considered armed and dangerous; the department said the pursuit was called off due to high speeds.

Tuesday, June 23 (Lexington Herald-Leader) – Los Angeles city councilman Jose Huizar was arrested Tuesday on allegations he was behind a $1.5 million bribery scheme involving real estate developers and the approval of large building projects. Huizar, 51, faces up to 20 years in federal prison if convicted of conspiring to violate the Racketeer Influenced and Corrupt Organizations (RICO) Act. Pressured to resign by several city leaders, he was released on $100,000 bond during his Tuesday afternoon court appearance. Huizar and others are accused of involvement in payoffs including $500,000 in cash in brown paper bags, over $250,000 worth of casino chips, campaign contributions, and benefits related to building a 77-story tower in his council district.

Monday, June 22 (NBC Los Angeles) – Police arrested a hit-and-run suspect after witnesses captured a video of a Honda Odyssey minivan passing other vehicles on the 91 Freeway in Riverside County, with a motorcycle stuck on its front end, on Friday. According to the California Highway Patrol, the minivan driver struck the Honda CBR in Corona, which was partially lodged under the vehicle’s front bumper. The motorcyclist, who was thrown from the bike, was treated at a local hospital for non-life-threatening injuries. The driver, George Cesar Valentin, 25, of Corona, was booked on suspicion of felony hit and run, and is being held on $75,000 bond.

Los Angeles County Now Has More COVID-19 Cases than Any Other County in the U.S.

Wednesday, June 24 (Los Angeles Magazine) – As of Wednesday, Los Angeles County has 88,262 confirmed coronavirus cases, which is the most of any U.S. county. With a population of 10 million, the county has an infection rate of about 870.79 cases per 100,000 residents; of 978,915 residents tested, 8% have been positive. By comparison, Florida, with 21.5 million residents, has a reported a total of 100,000 confirmed cases. Cook County, Illinois, which has confirmed 87,700 cases (with 5.2 million residents), is second to L.A. County, while Queens County, a borough of New York City, is in third place with 64,000 confirmed cases.

Tuesday, June 23 (Insider.com) – A class-action lawsuit filed against the City of Los Angeles, the LAPD, and its chief of police alleges peaceful protestors sustained lasting injuries and permanent disabilities after being shot in the head or torso with rubber bullets and other projectiles. An amended complaint filed this week alleges these actions were in violation of police training. The suit also claims thousands were detained in conditions conducive to the spread of COVID-19. Plaintiffs include those present at Black Lives Matter protests and a rally to protest the killing of George Floyd. LAPD officials have said the department is committed to investigating allegations of misconduct and excessive force.

Tuesday, June 23 (USA Today) – Following the death of Kobe Bryant, his 13-year-old daughter Gianna, and seven others in a January 26 helicopter crash, Bryant’s widow, Vanessa, filed a wrongful death lawsuit in Los Angeles County Superior Court. While the suit was filed on February 24 against Island Express Helicopters and the estate of pilot Ara Zobayan, court documents suggest lawyers representing Zobayan’s estate filed a motion to move the trial to Orange County or elsewhere to seek a fairer trial. Gary C. Robb, a lawyer for Vanessa Bryant, told NBC News the request is meritless and vowed to oppose it.