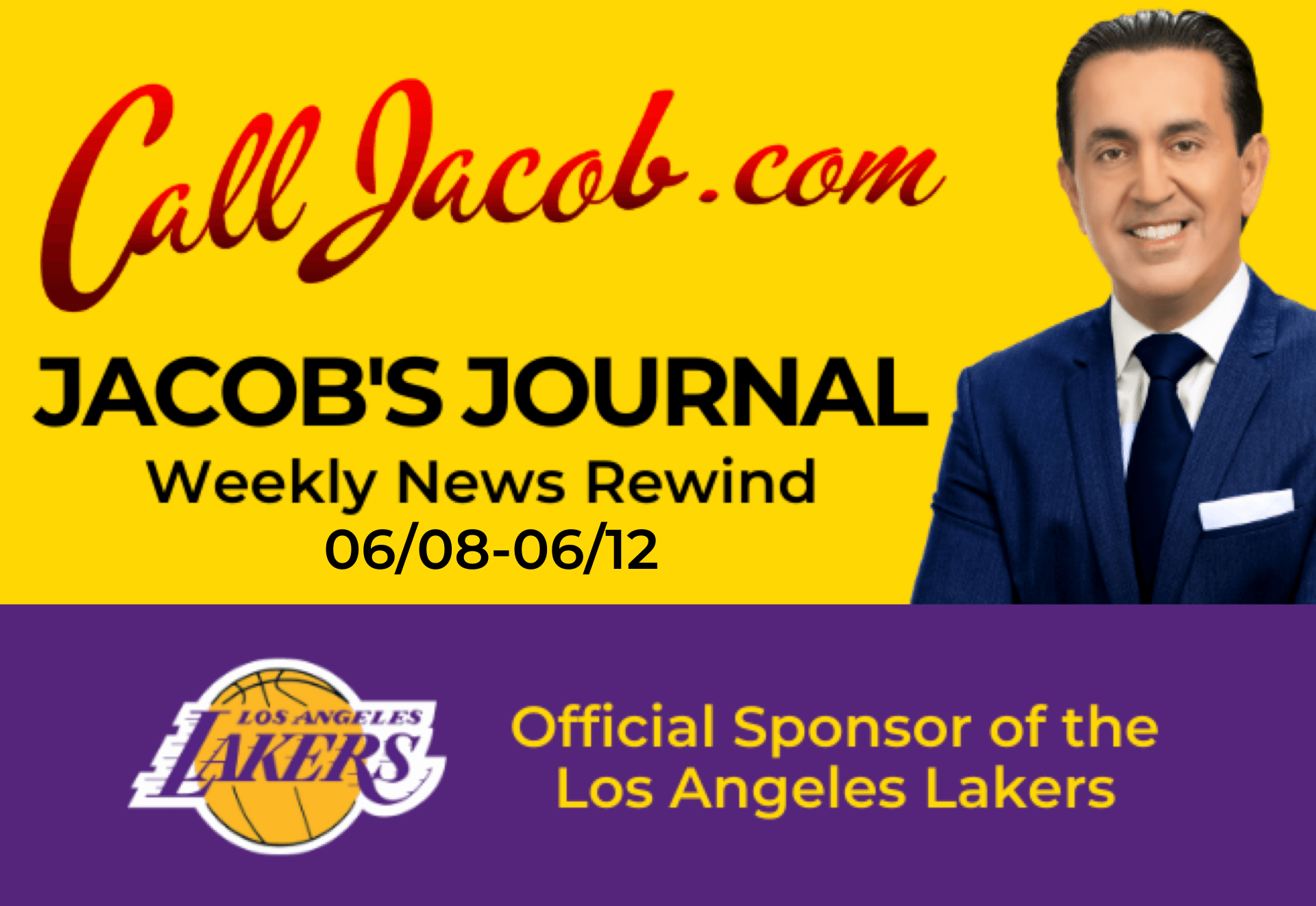 Thursday, June 11 (CNN) – On Wednesday, the LAPD revealed to CNN that at least seven officers were removed from their field duties for using excessive force on demonstrators at protests. In a statement, it said allegations of misconduct and policy violations are being investigated (with 40 investigators having been assigned so far). City leaders and organizations have spoken out about recent police behavior, while Los Angeles Mayor Eric Garcetti said the police commission will review video and tactics used to determine if laws were appropriately followed. Officers in Philadelphia, PA; Buffalo, NY; and Atlanta, GA, have also faced criticism.

Monday, June 8 (CBS Los Angeles) – On Monday, union leaders from United Teachers Los Angeles, Service Employees International Union, and other organizations joined Black Lives Matter in supporting the defunding the Los Angeles Police Department. During a peaceful protest in front of City Hall, they called for an end to systematic racism and a redirecting of LAPD funding to community organizations. A department official said cutting funds would delay investigations, take officers away from helping the homeless, and interfere with crackdowns on illegal activities such as human trafficking. BLM-LA leaders said they’ll continue peaceful protests until there is change.

Tuesday, June 9 (CitiesToday) – The American Civil Liberties Union (ACLU) filed a lawsuit against the Los Angeles Department of Transportation (LADOT), alleging its requirement for electric scooter rental companies to provide GPS tracking data is illegal. In the lawsuit, it claims the requirement violates the Fourth Amendment of the U.S. Constitution and the California Electronic Communications Privacy Act. Data tracking helps monitor for permit violations and scooter abandonment. However, ACLU SoCal argues that, while the data does not include rider identities, sensitive information could put riders at risk if it falls into the wrong hands. The LADOT refused to comment on the litigation.

Wednesday, June 10 (Sportscasting) – There is speculation over which NBA team will add Giannis Antetokounmpo to their roster when he becomes a free agent next summer, even before the 2020 NBA season resumes. Antetokounmpo, also known as the Greek Freak, will be eligible for a contract extension if he doesn’t sign with the Milwaukee Bucks. As he’s grown into a legitimate star, his talent would be welcome on any team, according to writer Joe Kozlowsi, who also speculated on the perks of joining the Lakers and what the future might hold.

Tuesday, June 9 (CBS Los Angeles) – A small brush fire ignited northeast of the Hollywood Bowl on Tuesday morning, just off the 101 Freeway and near Caheunga Boulevard and Highland Avenue. Named the Barham Fire, it started just before 6:18 a.m. Water-dropping helicopters put the fire out before 7:30 a.m. According to the LAFD, there were no injuries and no structures were threatened. No cause was revealed, while a fire also occurred in Lincoln Heights on Tuesday morning, which was quickly extinguished, while several fires were reported around the region on Monday.

Wednesday, June 10 (CBS Los Angeles) – Attorneys filed a wrongful death lawsuit on behalf of Melanie Hernandez, the daughter of Daniel Hernandez, 38, who was shot and killed by Los Angeles police officer Toni McBride on April 22. The lawsuit alleges there was no legal justification for the shooting, which occurred at the intersection of San Pedro and East 32nd streets, and that the officer discharged two rounds at McBride after the injured man exited his vehicle. It also alleges the officer discharged four more rounds while the man lay on the ground. Plaintiffs also allege that, because a knife was recovered from the scene, the officers created a false scenario painting Hernandez as a threat. A spokesperson said the LAPD would not comment on the pending litigation.

Tuesday, June 9 (NBC Los Angeles) – On Tuesday, the Los Angeles County Board of Supervisors approved a plan to reach out to communities of color, where infection and death rates are much higher, to encourage COVID-19 testing. Supervisor Hilda Solis recommended a multilingual public awareness campaign involving local ethnic news media outlets and community organizations. She also cited a study that found communities with residents living under the federal poverty level have more confirmed COVID-19 cases and that the pandemic has taken root in less affluent communities than it started in. Another local leader cited the effects of housing segregation and racial inequalities as worsening the COVID-19 crisis.

Wednesday, June 10 (CBS Los Angeles) – More business in Los Angeles County will be allowed to reopen on Friday as the rate of COVID-19 infections increases. The Department of Public Health reported 61 new deaths due to the novel coronavirus as the news came out, while according to public health director Dr. Barbara Ferrer, average death rates have continued a downward trend. But despite warnings of increasing rates, county officials are allowing gyms, professional sports venues without spectators, day camps, museums and galleries, zoos and aquariums, outdoor recreational facilities, campgrounds/RV parks, hotels for leisure travel, and music/film/television production companies to reopen.

Tuesday, June 9 (CBS Los Angeles) – Proposals by the Los Angeles County Board of Supervisors on Tuesday included those related to criminal justice reforms and police protests. However, the board delayed voting on a motion to reform use-of-force policies, including those recommended by advocacy group Campaign Zero that limit use of chokeholds and require an officer to provide a warning before shooting. Supervisor Sheila Kuehl asked for new law enforcement safety regulations related to the coronavirus pandemic. The board also voted to approve plans reducing the population of juvenile halls/camps and jails.