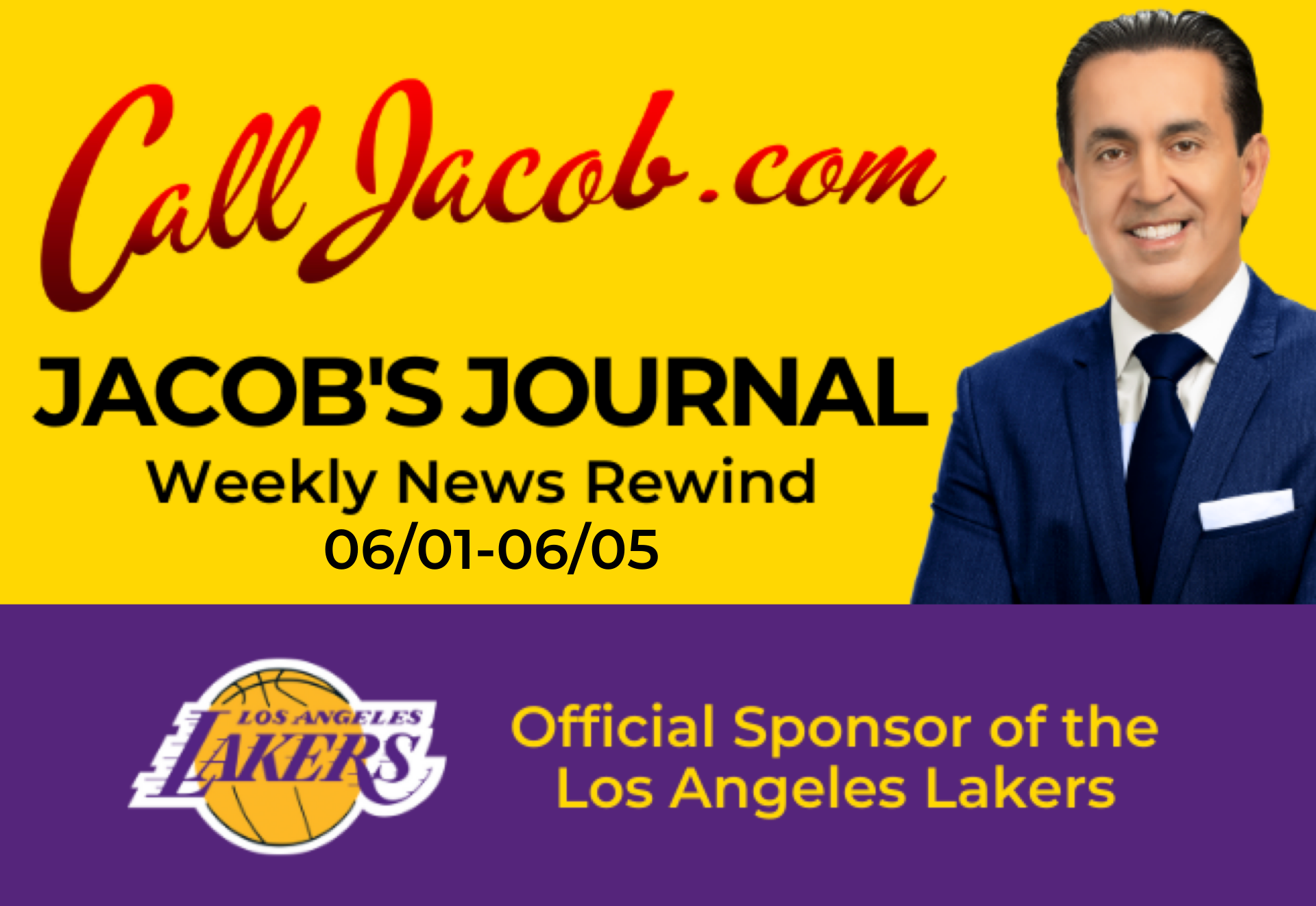 Thursday, June 4 (NBC Los Angeles) – The memorial service for George Floyd on Thursday included family members, celebrities, civil rights activists, and politicians. Through prayer, mourning, and a celebration of life, Floyd, who was killed at the hands of police on May 25 in Minneapolis, was honored. The service was held at the Frank J. Lindquist sanctuary at North Central University. Mourners wore masks, to protect themselves from coronavirus, some with “I can’t breathe” written on them, which were some of the last words spoken by Floyd. A mural of Floyd was projected above the pulpit, while speakers included Floyd’s brother, Philonise, and the Reverend Al Sharpton. Additional services will be held Saturday in Raeford, North Carolina, where Floyd was born, and a public viewing in Houston on Monday.

Thursday, June 4 (KTLA 5) – Health officials warned of an increased spread of the coronavirus as protesters continued to decry the death of George Floyd. By Thursday, nearly 120,000 confirmed cases were reported in California. The death toll was approaching 4,400. Safety concerns come as African-American communities have been disproportionately affected by COVID-19. As people have been demonstrating against systematic racism, and killings like that of Floyd, businesses struggle to reopen and many testing sites remain closed due to the unrest.

Thursday, June 5 (CBS Sports) – On Thursday, NBA owners approved a plan to finish the 2019-2020 season at Disney World in Orlando, during a call between the board of governors and league commissioner Adam Silver (according to reporter Shams Charania of The Athletic). The measure received a 29-1 vote, ESPN’s Adrian Wojnarowski revealed. To move forward, the plan needs approval from the National Basketball Players Association, which is expected to happen during a virtual call on Friday. The target start date is July 31 and 22 teams are expected to participate, while the NBA Finals will conclude by October 12. The season was suspended on March 11 after several players tested positive for COVID-19.

Wednesday, June 3 (ABC 7) – Amongst protests to stop police brutality following George Floyd’s killing in Minneapolis, many powerful moments have happened across Southern California. In downtown Los Angeles, police officers kneeled with protestors, as did Los Angeles Mayor Eric Garcetti. Over the weekend, residents in the Fairfax District helped clean up a salon damaged by looting, while in Santa Monica, a jewelry business owner said a young female bicyclist helped ward off looters. On Monday, Riverside County Sheriff Chad Bianco and other deputies took a knee alongside protestors and San Bernardino residents prayed with police officers following a night of looting and destruction. Protestors in Brea, Orange County kneeled in solidarity in front of police on Tuesday. A moment of silence was held and hundreds of protestors marched peacefully through the city.

Wednesday, June 3 (Law360.com) – Princess Cruise Lines Ltd., a subsidiary of Carnival Corp., made a motion to dismiss two lawsuits on Tuesday, which claim it put customers in danger of contracting COVID-19. According to the cruise line, passengers can’t prove they were in danger while aboard the Grand Princess and formerly quarantined plaintiffs were never physically harmed. These six plaintiffs are among about 100 passengers who have filed suit against Princess, seeking $1 million in compensatory damages for emotional distress during a voyage beginning February 21. Princess voluntarily paused operations on March 12 and, on June 1, grounded its global fleet.

Thursday, June 4 (Law360.com) – Many courts have restricted or altered their procedures to help prevent the spread of coronavirus. The U.S. Supreme Court, while open for official business, is closed to tourists as of March 12. The Second Circuit Court of Appeals extended deadlines between March 16 and May 17 by 21 days. In the Southern District of California, judges can conduct civil proceedings but not jury trials, while some in-person criminal proceedings were allowed beginning June 1.

In addition, the Los Angeles County Superior Court is requiring judges to wear face masks in public areas of courthouses and has extended trials scheduled between March 16 and June 15 for 90 days. All civil and criminal jury trials scheduled to start before June 15 have been postponed by the Eastern District of California. In the Northern District of California, no new civil jury trails can start before September 30. For complete updates on courts in California and across the U.S., read the full article.

Thursday, June 4 (CBS Los Angeles) – Eight people, including two LAPD police officers, were injured Wednesday night when, according to investigators, a tow truck driver ran a red light and caused a multi-vehicle wreck. One officer was rescued using the Jaws of Life. He and the tow truck driver sustained critical injuries and were rushed to local hospitals, while another officer suffered serious injuries. Five other people sustained minor injuries according to the fire department. The four-vehicle crash occurred shortly before 10:00 a.m. at the intersection of Main Street and Martin Luther King Boulevard.

Thursday, June 4 (Fox 5 San Diego) – Public health officials reported 142 new cases of COVID-19 in San Diego County on Thursday, bringing the total number to 7,940. Five deaths were reported; four were people with an underlying medical condition. Of the 3,714 tests performed Thursday, 4% were positive. The rolling average of positive tests has hit a plateau, according to public health officer Dr. Wilma Wooten. With local reopening of businesses and thousands protesting the death of George Floyd, County Supervisor Nathan Fletcher identified 13 “triggers” that could pause reopening efforts and scale back reopenings. On Tuesday, the San Diego County Board of Supervisors requested more leeway in reopening additional facilities and voted to extend a moratorium on evictions through June 30.