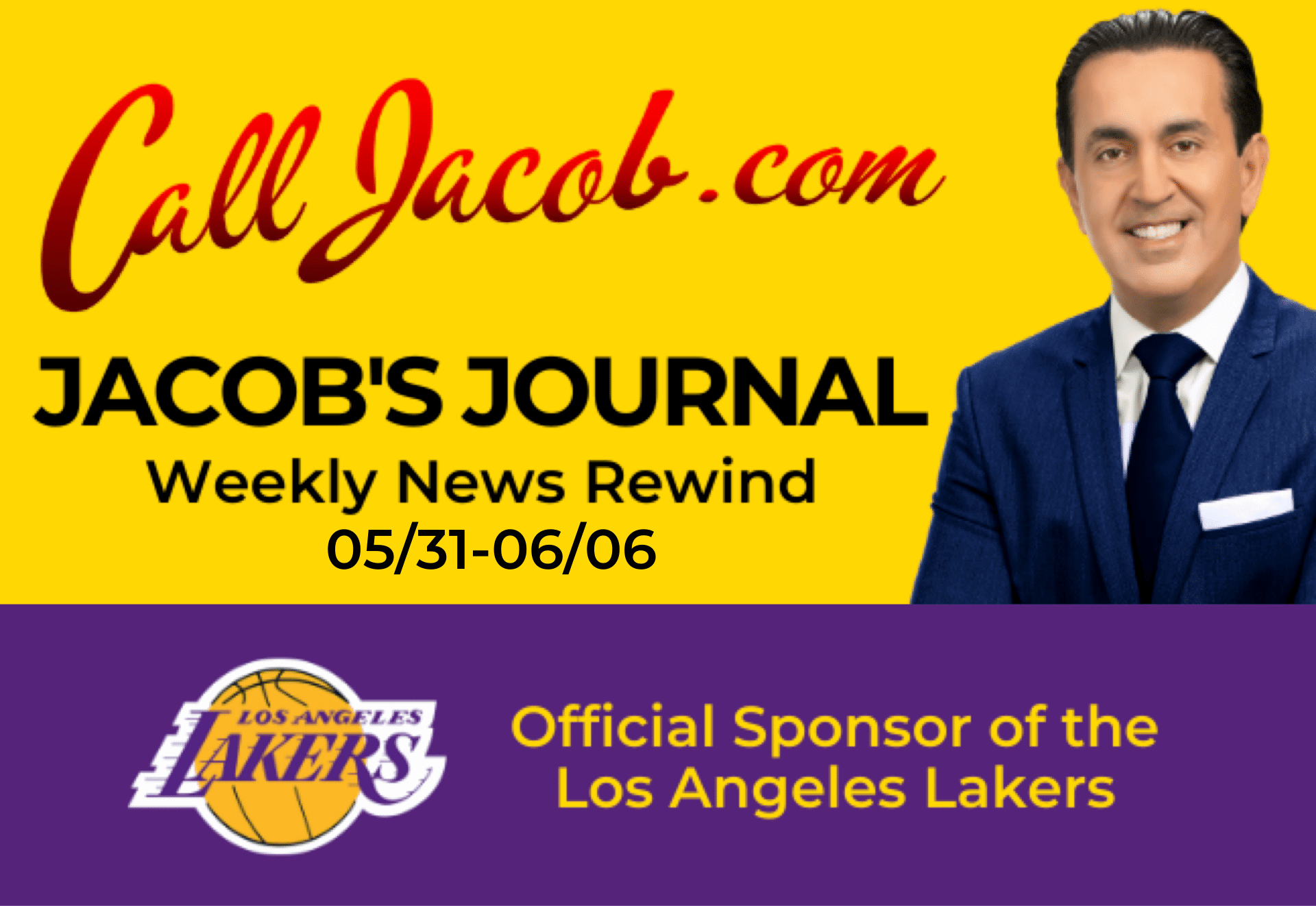 Tuesday, June 1 (NBC Los Angeles) – Moderna’s COVID-19 vaccine was previously cleared for emergency use by the FDA and in other countries, but the company has revealed it has begun seeking full U.S. regulatory approval for the its use in adults. On Tuesday, the company announced beginning a “rolling submission” of data to the FDA on studies of its two-dose mRNA vaccine. Over 124 million doses have been administered in the U.S. so far. Large-scale studies continue and the FDA will continue analyzing information to see if the vaccine meets full licensure criteria. The second COVID-19 vaccine maker seeking full approval, Moderna last week announced its vaccine is safe for children as young as 12.

Monday, May 31 (KTLA 5) – Kroger, the parent company of Ralphs and Food 4 Less, is offering a chance to win $1 million and a years’ supplies of free groceries to encourage people to get the COVID-19 vaccine. It announced people who get the vaccine from one of its pharmacies are eligible to win. Five $1 million payouts are being offered, while 50 people could win free groceries for a year. The company is collaborating with the Biden Administration in its goal of vaccinating at least 70% of U.S. adults by July 4. Kroger Health had distributed over 4.6 million vaccines nationwide as of last week. The announcement follows incentives by other companies and the state of California, which is offering up to $116.5 million in total prizes under its “Vax For The Win” incentive program.

L.A. Herd Immunity Was Supposed To Be Achieved In June, Then July; Now Officials Say It Will Be Late August

Wednesday, June 2 (Deadline.com) – On Wednesday, Los Angeles County Public Health Director Barbara Ferrer said the county is projecting to reach herd immunity, with 80% of residents having at least one dose of the COVID-19 vaccine, by late August. The previous estimate was to reach that level by late July and, before that, the end of June for “community immunity”. Ferrer said, in a virtual media briefing, 100,000 vaccinations are being administered in the county every week and “1.1 million more first doses are needed for 80% of L.A. County residents 16 and older to have received at least one vaccine.”

As of May 23, 63% of residents had received at least one shot and 51% were fully vaccinated. Receding projections are due to decreased demand for the vaccine and officials have expressed concern over not reaching herd immunity by fall, when cases are anticipated to rise. Currently, the county’s test positivity rate is at 0.5%.

Monday, May 31 (ABC 7) – An elderly man was struck and killed by a rented electric scooter on a Venice sidewalk Saturday. Authorities said the male driver had a passenger on board and is suspected of DUI. According to the LAPD, the crash occurred at 9:45 p.m. on Lincoln Boulevard at East Marco Court. The coroner’s office said the victim died at the scene and is still working to identify him. A man and woman were on the scooter at the time; the driver remained at the scene and was arrested. Police said electric rental scooters are required to be driven in the street with only one person, who must follow traffic laws.

Wednesday, June 2 (ABC 4) – A 9-year-old driver and her 4-year-old sister were involved in a crash with a semi truck in West Valley City, Utah, on Wednesday. The children told police they were driving to California. According to police, their parents were sleeping and weren’t aware the car was taken, and that the girls left the house through the basement. The car crashed into a semi at 3200 West and South Frontage Road. Police say both girls were buckled up in the Chevy Malibu; photos of the scene showed the car with front-end damage, having collided head-on with the truck. A similar incident occurred last year in Utah when a 5-year-old-boy was pulled over by police while driving his parent’s car.

Tuesday, June 1 (NBC San Diego) – On Tuesday, a 52-year-old woman was killed in a crash with a wrong-way driver on Interstate 5 in Carmel Valley. Her car, a white Honda Civic, crashed head-on with a Dodge Magnum, which was traveling the wrong way on southbound lanes, according to the California Highway Patrol. The crash was reported near the off-ramp to State Route 56. After the collision, a southbound Ford pickup truck crashed into the Dodge. The driver and another passenger in the Honda suffered major injuries and the drivers of the Ford and Dodge sustained major injuries, according to authorities. An investigation is ongoing and it’s unclear if drugs or alcohol were involved.

Lakers’ Anthony Davis Out for Game 5 vs. Suns, Markieff Morris Gets Start

Tuesday, June 1 (The Athletic) – On Sunday, Anthony Davis of the Los Angeles Lakers strained his groin in Game 4, forcing him to miss Game 5 against the Phoenix Suns. Markieff Morris was set to start in his place, although Los Angeles remained optimistic about Davis’ status. Head Coach Frank Vogel said Davis was day-to-day; an MRI confirmed a left groin strain. Davis started Game 4 with a sprained right knee and Kyle Kuzma started the second half in his place. The game ended with the Laker’s 100-92 loss, evening the series at 2-2. According to Lakers beat writer Jovan Buha, Davis’ potential absence is a blow to the Lakers, and Davis is an asset whether LeBron James is on the floor or not.