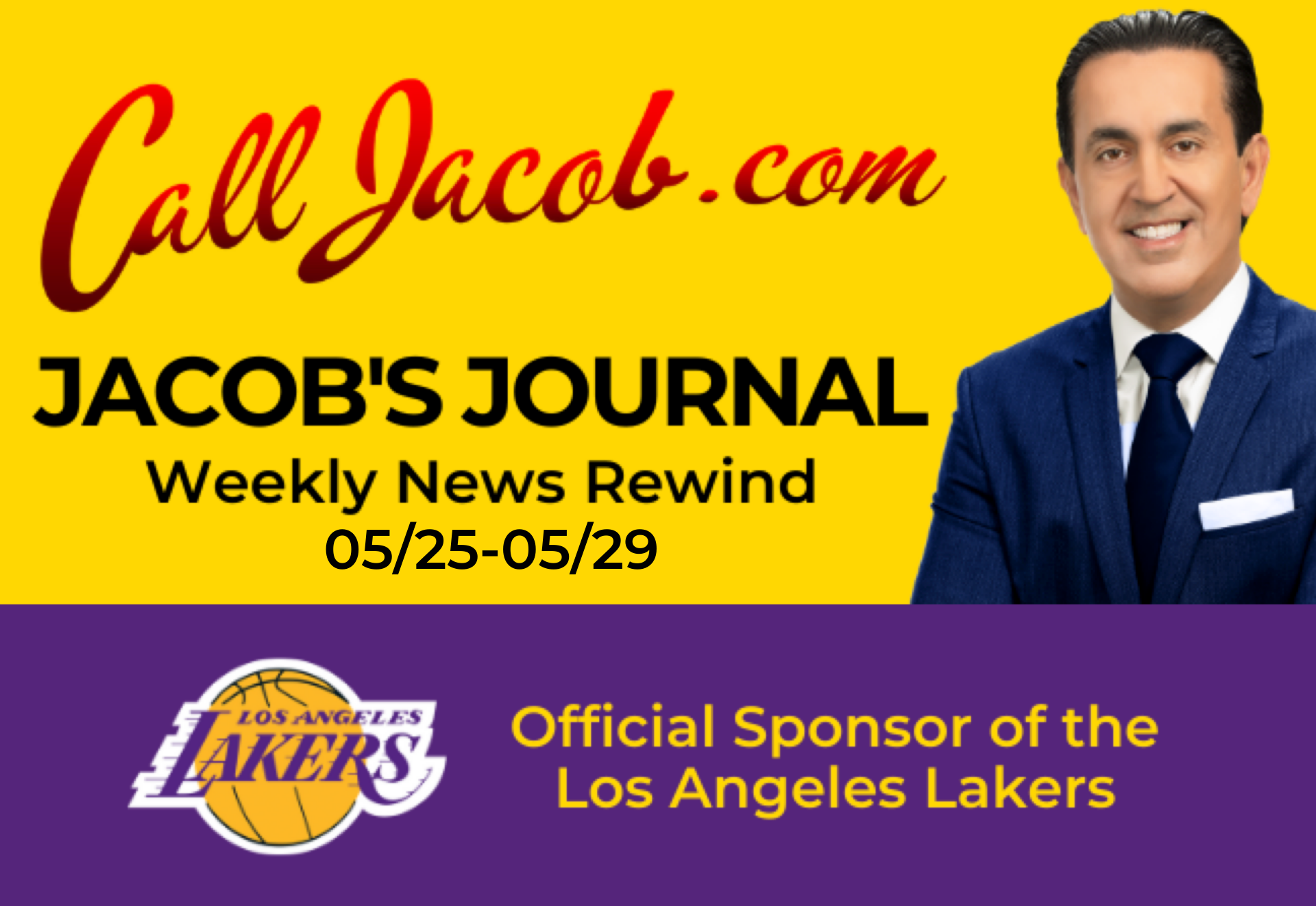 Thursday, May 28 (ABC 7) – Los Angeles city officials have announced a plan to allocate $100 million dollars to a COVID-19-related renters-relief assistance program, the largest such program in the nation. Funds from the $700 million awarded to the city in the CARES Act will be used to support the plan, according to City Council President Nury Martinez, who estimates between 74,000 and 80,000 families could benefit. Those accepted could receive up $1,000 per month for up to two months. Under current plans, officials expect to launch the program on July 1.

Thursday, May 28 (CBS Los Angeles) – On social media, Los Angeles Lakers star LeBron James expressed his anger over the death of George Floyd, 46, an unarmed man who later died following a violent arrest in Minneapolis on Monday. A post on Instagram Tuesday night included side-by-side photographs of a police officer with his knee on Floyd’s neck and Colin Kaepernick, the former San Francisco 49ers quarterback who kneeled during the national anthem. On Wednesday, he posted a photo with a t-shirt referencing the death of Eric Garner, who died in the hands of a New York City police officer in 2014. Video footage of the arrest was captured Monday, sparking protests across the country. The four officers involved in the arrest were fired Tuesday.

Calif. Congressional Leaders Weigh in on Road to Recovery From Coronavirus

Wednesday, May 27 (Fox 5 San Diego) – Seven California Congressional members participated in a virtual town hall on Wednesday night to discuss the road to recovery from the coronavirus. The group discussed the HEROES Act, a $3 trillion COVID-19 relief fund proposal the U.S. Senate is considering. The legislation was passed by the House earlier in the month. While state leaders have supported the funding, which they say could avoid 25% of proposed state budget cuts, Congressional Representatives had conflicting views regarding the use of the funds and with the reopening process. Representatives also acknowledged the number of cases will continue to rise, while federal lawmakers have expressed concern over a potential second wave of the virus.

Wednesday, May 27 (NBC Los Angeles) – Many business owners are currently concerned about COVID-19 liability should employees or customers contract the disease. Labor and employment attorney Meagan Garland expressed the need to create new law to cover how businesses should protect themselves. Garland also suggested they demonstrate they’re following public health requirements and said the burden is on employers to do so. One gym owner in Ramona plans to open June 1, and to draft a COVID-19 waiver with the help of an attorney, despite uncertainty over its legal effectiveness.

Wednesday, May 27 (NBC Los Angeles) – On Wednesday, hundreds of people protesting the death of George Floyd in Minneapolis halted traffic on the 101 Freeway in downtown Los Angeles. Floyd died soon after an officer kneeled on his neck during an arrest Monday night. Black Lives Matter protesters gathered near the Alameda exit. As a California Highway Patrol car approached, protesters responded violently. They began dispersing by 6:25 p.m. but crowds continued to move through city streets and, shortly after 9:00 p.m., a driver hit a protester and fled the scene. However, the demonstration was mostly peaceful, according to an LAPD officer, and no arrests were immediately made.

Thursday, May 28 (CBS Los Angeles) – Due to coronavirus pandemic concerns, the Naismith Memorial Basketball Hall of Fame ceremony to induct Kobe Bryant and others has been postponed until 2021. The 2020 class includes Tim Duncan, Kevin Garnett, and Rudy Tomjanovich in addition to Bryant. However, the class of 2020 and class of 2021 ceremonies will be held separately. Bryant, who was killed in a helicopter crash on January 26, was inducted into the Hall of Fame posthumously in April.

Thursday, May 28 (The National Law Review) – News reports suggest the Trump Administration is drafting an executive order to attempt to curtail legal protections under Section 230 (CDA) of the Communications Decency Act, which protects online providers that host user-generated content. If issued, the order would direct federal agencies to limit advertising spending on social media platforms that violate free speech principles. It would also involve the FTC in regulating deceptive practices against relevant platforms and direct the DOJ to establish a working group to study state consumer protection laws in regard to social media moderation.

The CDA is up for interpretation by the courts, making it unlikely an executive order would have significant implications, according to blogger and attorney Jeffrey D. Neuberger. As the Administration appears to be trying to hold social media sites accountable to their terms of use, Neuberger recommended service providers review their terms and content policies.

Wednesday, May 27 (CapRadio) – On Wednesday, Los Angeles city attorney Mike Feuer announced his office is issuing Wellness Matrix Group, alleging the company sold “at-home” tests for coronavirus and falsely claimed they were FDA approved. The company also sold what it marketed as a “virucide” spray. In what Feuer called “shockingly deceptive conduct”, he said the company fabricated studies and provided false government registration numbers to products. The suit claims the company engaged in false advertising, the sale of fraudulent products, and attempting to sell them to local governments. It also states the defendant’s practices “are a threat to public health.”