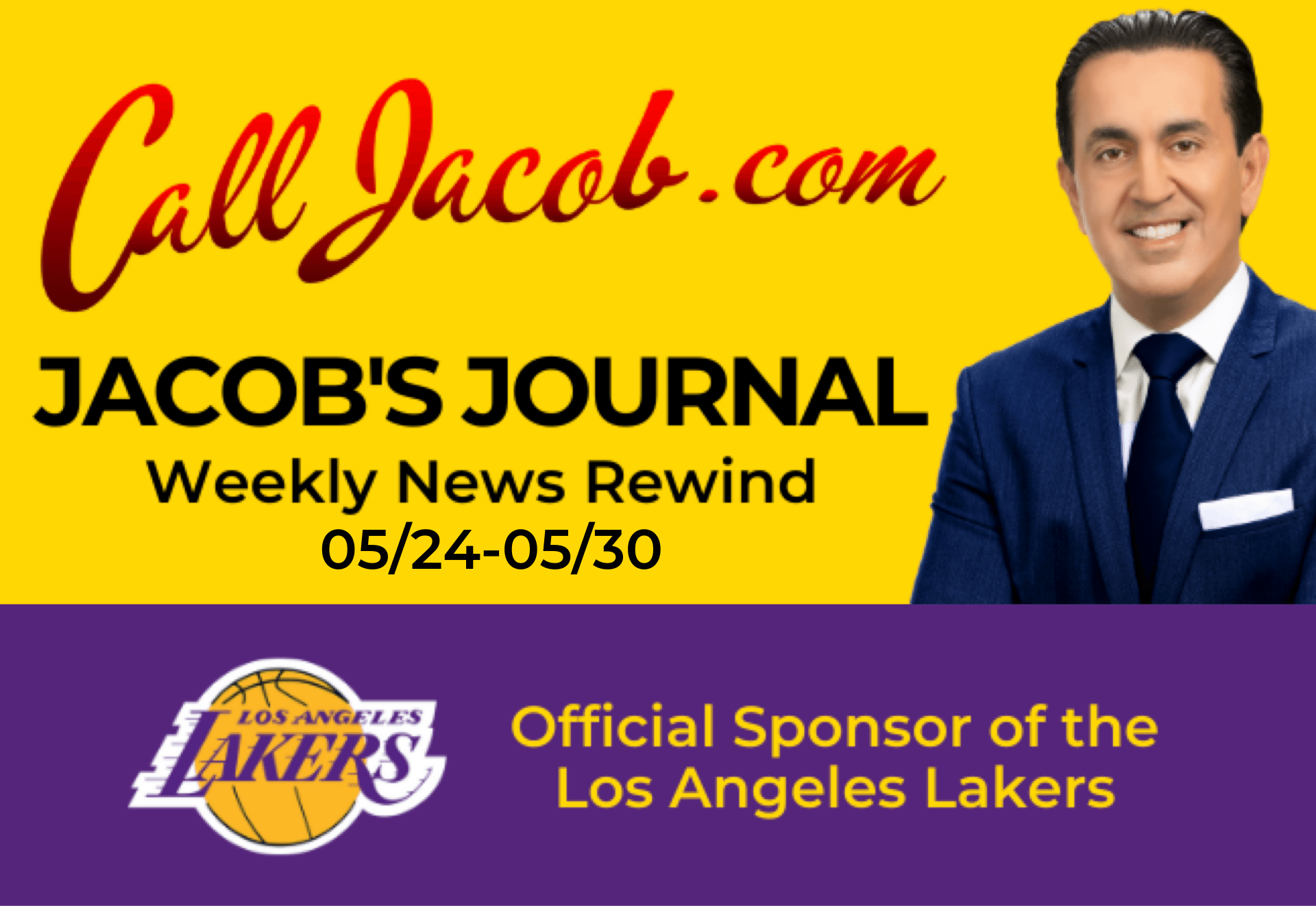 Thursday, May 27 (CNBC) – On Thursday, Governor Gavin Newsom announced a total of $116.5 million in prize money to get millions more people vaccinated in California before June 15, when the state is set to fully reopen. The prize money, and single vaccine prize of $1.5 million, are the largest in the country. Additional prizes include $50,000 to another 30 people each, and $50 gift cards to the next 2 million people.

State officials estimate around 12 million of those 12 and older have not been vaccinated, and about 63% of 34 million eligible individuals have gotten shots. On June 15, a drawing will be held and 10 vaccinated people awarded a prize, in hopes that 70% of eligible people are vaccinated when the state reopens. Vaccine cash prizes, raffles, and college scholarships have taken place in Ohio, New York, and other states. Newsom’s office said California’s program is aimed at reaching people in communities hardest hit by the pandemic.

Tuesday, May 25 (NBC Los Angeles) – On May 24, the Los Angeles Unified School District (LAUSD) launched a program to provide 300,000 students ages 12-18 with COVID-19 vaccinations. During a two-week period, clinicians will visit 250 secondary schools. All 86,000 employees of LAUSD, including principles, classroom teachers, and bus drivers, will participate in the effort. Food trucks will be present at schools and prizes will be awarded for participation. Students ages 17 and 18 need a note from a parent or guardian to be vaccinated, while those 12 through 16 need a family member present.

Moderna Says Its COVID-19 Shot Is Safe, Effective in Kids as Young as 12

Tuesday, May 25 (NBC Los Angeles) – Moderna announced on Tuesday that children as young as 12 are strongly protected by its COVID-19 vaccine. If approved, the Moderna vaccine could become the second option for kids in the U.S. The Pfizer/BioNTeck vaccine was authorized in the U.S. and Canada earlier in May for children starting at age 12. Moderna’s study including 3,700 12- to 17-year-olds who were found to have the same immunity benefits as adults; no COVID-19 diagnoses were reported in kids given two doses of the shot. Pfizer and Moderna have begun testing their vaccines in children aged 11 down to 6-month-old babies, with smaller doses being tested on younger children.

Wednesday, May 26 (Los Angeles Daily News) – In what health officials say is evidence of the COVID-19 vaccine’s effectiveness, cases across Los Angeles County continue to decline. Health care workers have averaged less than 50 cases per week since March. While nearly 2,000 new infections among health care workers were reported the last week of December, there were just 24 last week, according to the county’s Department of Public Health, and one health care worker died in the past month. Health officials continue to express the effectiveness and safety of the vaccines as demand has dropped.

Health officials also provided updates on those vaccinated, including skilled nursing facility staff, of which 82% are fully vaccinated. Seven staffers tested positive the week of May 8; during the first week of January, 1,100 tested positive. On Wednesday, the county reported 11 new COVID-19 deaths and 205 cases, while state numbers show the county’s average daily rate of new infections fell to 0.9 per 100,000 residents. The testing positivity rate fell to 0.5%. Health officials said 50% of the county’s population aged 16 and older are fully vaccinated, while county officials are urging as many people as possible to get vaccinated ahead of the state’s reopening deadline of June 15.

Monday, May 24 (NBC Los Angeles) – A speeding driver, aged 25 to 30, was killed in a violent crash on N. Corbin Ave. in Reseda on Sunday. The crash, which was reported at 8:06 p.m. (according to the LAFD), sent two other people to the hospital and several vehicles mangled. At the time of the crash, the vehicle was traveling northbound at a high rate of speed and crossed the double yellow lines; it then crashed head-on with a southbound vehicle, according to an LAPD officer. One other southbound vehicle and 6 parked cars were then struck. The driver died at the scene. Police investigators are looking into whether street racing was a factor in the crash.

Wednesday, May 26 (KTLA) – Los Angeles County sheriff’s deputy Daniel Manual Auner, 23, faces one count each of murder and reckless driving on a highway causing injury, in connection with a solo-vehicle crash in Torrance on July 8, said officials. The crash killed a 23-year-old passenger, Ashley Wells, while two other passengers were seriously injured. It occurred when Auner’s speeding Dodge went over a median, crossed two lanes of traffic, and struck a light pole at Crenshaw Boulevard and 190th Street.

Auner also faces an allegation of causing great bodily injury. He has not been charged with a DUI offense. However, Wells’ family previously told KTLA they believed Auner was under the influence of alcohol, as they reported their daughter met Auner that day and was at Hennessey’s Tavern in Redondo Beach with him and two friends. Following the incident, he had been on administrative leave. The Torrance Police Department continues to investigate the crash.

Wednesday, May 26 (ESPN.com) – On Tuesday, LeBron James and Anthony Davis led the Los Angeles Lakers to victory over the Phoenix Suns in Game 2 of the NBA Playoffs. With just minutes remaining, both had a combined 7-0 scoring spurt in 55 seconds to lift the Lakers to a 109-102 win. Davis finished with 34 points, 10 rebounds, 7 assists, and 3 blocks. James finished with 23 points, 9 assists, 4 rebounds, and 2 steals.