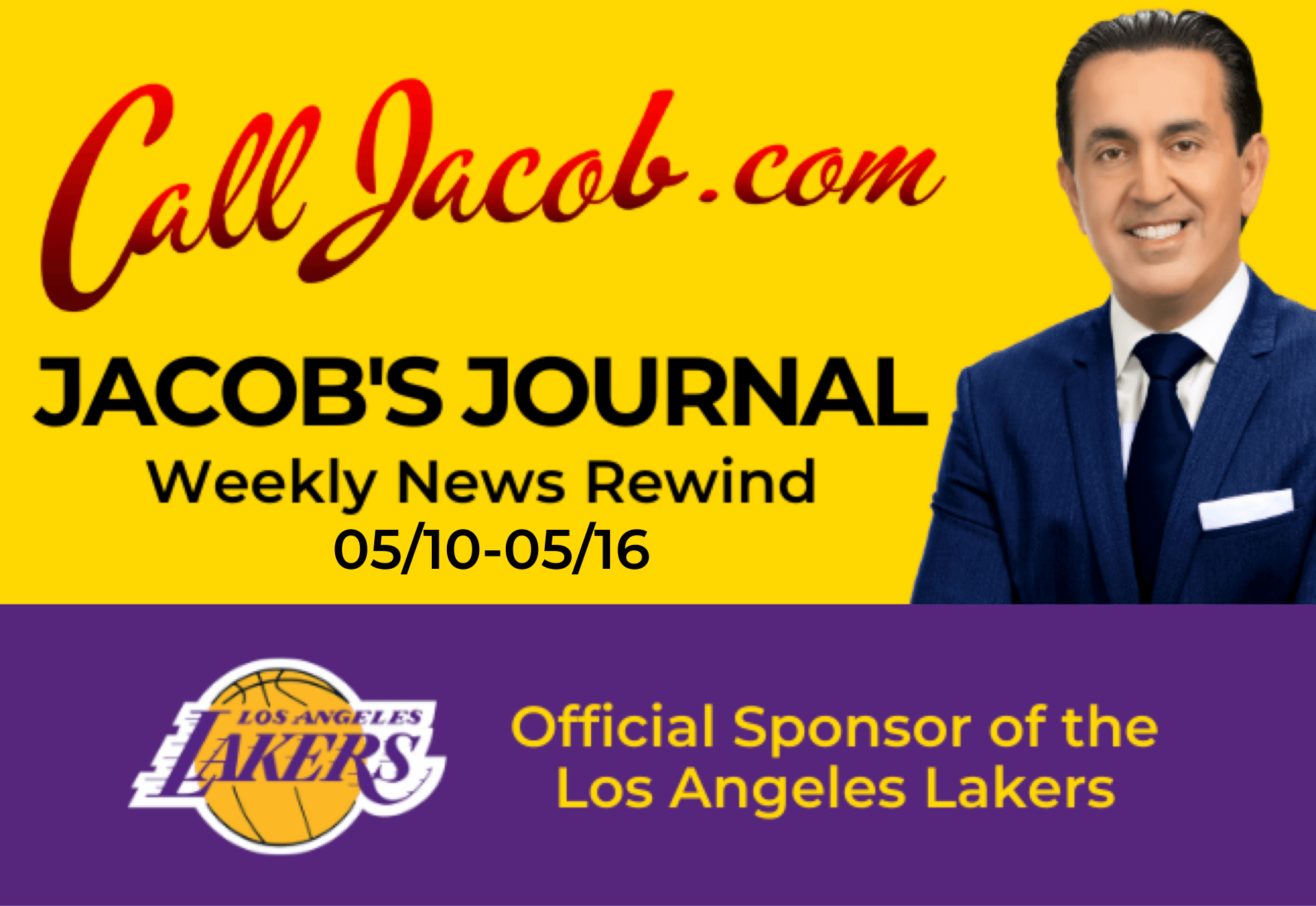 Wednesday, May 12 (KTLA 5) – On Wednesday, officials announced Los Angeles County will begin providing Pfizer’s COVID-19 vaccine to children ages 12 to 15 on Thursday, May 13. The decision comes after the Centers for Disease Control and Prevention endorsed the Food and Drug Administration’s recommendation to expand emergency use of the vaccine. According to the L.A. County Public Health Department, all vaccination sites in the county will be open to vaccinate children ages 12 to 17 (who must be accompanied by a parent or guardian, have a photo ID, and verification of age). The CDC’s advisory panel concluded kids with the shots can safely attend summer camps and that they will help with a normal return to classroom learning.

Tuesday, May 11 (NBC Los Angeles) – According to state figures released Tuesday, new COVID-19 infections continue to fall in Los Angeles County, keeping it safe in the yellow tier of California’s economic-reopening blueprint. The average rate of daily infections fell to 1.4 per 100,000 residents, from last week’s 1.6. The testing-positivity rate in lower-income communities dropped to 0.7%. An additional 224 infections and 18 deaths were confirmed on Tuesday. Public Health Director Barbara Ferrer said, in a statement, at the current pace of vaccination, “herd immunity” could be achieved by mid to late July. The county also released rates of vaccination per various groups, while the U.S. Food and Drug Administration authorized use of the Pfizer vaccine on children aged 12 to 15 on Monday. As of Friday, nearly 8.5 million doses of the vaccine have been administered in L.A. County.

Wednesday, May 12 (NBC Los Angeles) – On Wednesday, the Los Angeles City Council voted to take steps to make its COVID-19 al fresco outdoor dining program, which began in May 2020, permanent. There were 14 yes votes and one absent vote. A budget proposal for the 2021-22 fiscal year includes $2 million in grants for restaurants in low-income neighborhoods to create permanent outdoor spaces. The vote also requested the Bureau of Engineering to report on recommendations for transitioning participating locations, and a city attorney to report on the feasibility of revising the Department of Transportation’s People St. Program so restaurants can use public rights-of-way. In addition, it requested draft recommendations of a regulatory framework for the program by the Department of Building and Safety, City Planning and the Los Angeles Fire Department.

Thursday, May 13 (CBS Sacramento) – On Tuesday, California Governor Gavin Newsom said the state plans to end the requirement for mask-wearing on June 15. Currently, fully vaccinated people can meet indoors or gather outdoors (except for large gatherings) without wearing a mask. The California Occupational Safety and Health Standards Board is considering a change to workplace mask rules; according to the Sacramento Bee, these proposed rules would not require masks indoors if all workers are fully vaccinated and none have coronavirus symptoms. The rate of people testing positive for the virus in California is now 1.1% and more than 14.6 million residents are fully vaccinated. Also, also those seeking to remove Newsom from office over his handling of the pandemic have gathered enough signatures to likely trigger a recall election later in the year.

Monday, May 10 (Times of San Diego) – Governor Gavin Newsom announced Monday a plan in which about two-thirds of California residents would receive $600 stimulus checks. Families with children would be eligible for an additional $500. The plan was described as the largest tax rebate in American history by the Governor’s office. Newsom said the proposal is a response to an estimated $75.7 billion surplus in the state budget. Families earning under $75,000 would receive the stimulus payments. In addition, Newsom proposed $5 billion to assist renters and another $2 billion to cover utility bills for those who have struggled. A Republican former San Diego mayor and Rancho Santa Fe businessman criticized the plan.

Thursday, May 13 (The Mercury News) – For the week ending May 8, unemployment claims in California totaled 70,442, according to the U.S. Labor Department. This was a decline of 324 from the 70,766 reported for the week ending May 1. Nationwide, unemployment claims fell by 34,000. Jobless claims averaged about 73,200 per week in California over the past four weeks; the current pace is 63% higher than the two months (January/February 2020) before pandemic business shutdowns started. At that time, unemployment claims averaged 44,800 per week in the state, according to an analysis of the state’s Employment Development Department figures.

Wednesday, May 12 (NBC Los Angeles) – Court documents filed this week indicate the Los Angeles County Fire Department is planning to terminate the employment of two firefighters, and suspend a third, in response to them allegedly taking photos at the helicopter crash scene in which Kobe Bryant, his daughter Gianna, and seven others were killed. The court documents are related to Vanessa Bryant’s invasion of privacy lawsuit against the county. An internal investigation at the fire department concluded these photos “served no business necessity”. The employment status of the firefighters is unclear.

In addition, Vanessa Bryant’s lawsuit accuses firefighters, as well as deputies and other officials, of taking or sharing photos of dead bodies at the crash site. Her legal team learned that as many as 66 county employees had knowledge of the photos and at least 18, including four deputies, had taken or shared them directly. Bryant previously claimed Sheriff Alex Villanueva directed deputies to delete photos in an attempt to destroy evidence. Attorneys representing the county have asked the case to be dismissed, arguing no invasion of privacy took place because the photos didn’t make it into the public domain.

Monday, May 10 (CBS Los Angeles) – Two people were injured in an apparent head-on collision on Pacific Coast Highway in Santa Monica on Monday. Reported at about 1:40 p.m., the crash occurred at the 1000 block of PCH near the California Incline. The victims had to be extricated from their vehicles; at least one was hospitalized. All lanes were closed just north of the California Incline following the incident, with westbound traffic diverted at 4th Street. The road was fully reopened as of 4:34 p.m.