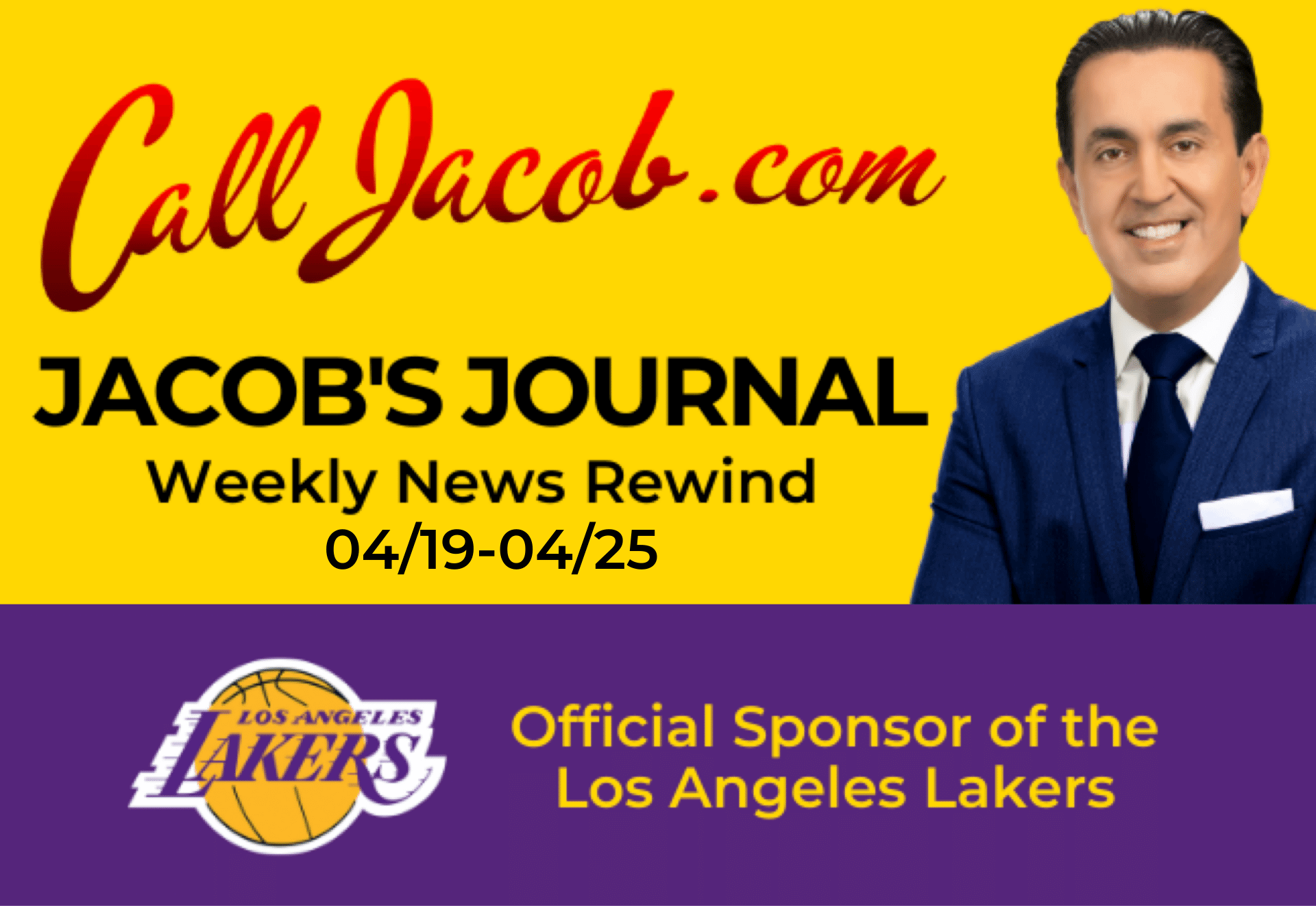 Monday, April 9 (Los Angeles Blade) – On Monday, Los Angeles County public health officials announced more than 6 million doses of COVID-19 vaccine have been administered in the county. These include 4,080,126 first doses and 2,239,672 second doses. Two million people are fully protected against the coronavirus, while over 70% of residents 65 and older have had at least one dose. This week 711 vaccination sites were open countywide. As Director of Public Health, Barbara Ferrer, explained the position Los Angeles is currently in, L.A. schools have begun a staged reopening with data indicating safety protocols are working. Anyone living or working in the county who is 16 and older is now eligible for a COVID-19 vaccine.

Thursday, April 22 (The Wall Street Journal) – At the start of 2021, Los Angeles County was reporting three times more COVID-19 cases than any other U.S. county and hospitals were full. Currently, the county has one of the lowest rates of infection per capita among the 10 most populous counties in the U.S. With vaccination rates lower than the national average, researchers are looking into the reasons for the turnaround. Theories include high immunity caused by previous spikes and a coronavirus variant that may have blocked more infectious strains. In early January, 20% of Covid tests were coming back positive, with over 15,000 new cases reported on a typical weekday, while the positivity rate has been near or below 1% over the past week. Around 400 new cases and less than 50 deaths were reported. Public health director Barbara Ferrer praised the decrease in a recent statement.

Tuesday, April 20 (NBC Los Angeles) – Metrolink has partnered with the Los Angeles County Department of Public Health to launch free mobile COVID-19 vaccination clinics. Starting Tuesday, April 20, up to 250 inoculations per day can be provided at Metrolink’s Palmdale and Lancaster stations, while Metrolink riders can get free vaccinations at the Cal State Los Angeles super site near the Cal State LA Metrolink station on the San Bernardino Line. Vaccinations will be offered from 10:00 a.m. to 7:00 p.m. Tuesday through Saturday, by walk-up or by pre-registering with RemediaCare, and available to anyone 16 and older who lives or works in L.A. County. The largest passenger rail agency in California, Metrolink is also the third largest in the U.S.; it operates seven lines along a 538-mile network.

Wednesday, April 21 (NBC Los Angeles) – Los Angeles County public health director Barbara Ferrer said Wednesday that about 80% of residents, or about 8 million people, would have to get a COVID-19 vaccine before “herd-immunity” could be reached in the area. As of last Sunday, 6,488,391 doses of the vaccine had been administered, including 2.3 million second doses. Ferrer also discussed strides in increasing vaccinations among Latino, Black, and other hard-hit communities, including a dramatic increase in the rate of Black residents being vaccinated. She also said the risk of dying from an infection has gone from about one in 500 to one in 1 million and, for those who remain hesitant to get vaccinated, compared the risk of getting the vaccine to other common activities. Another 35 COVID-19 deaths were announced on Wednesday, raising the total for the county to 23,702.

One Killed In Crash On I-15 In Miramar Area

Monday, April 19 (KUSI.com) – One person died after a vehicular crash on Interstate 15 in the Miramar area Monday. The California Highway Patrol said the accident occurred shortly after 4:00 p.m. on the southbound side of the freeway. Two southbound lanes were closed for much of the afternoon.

Tuesday, April 20 (LA Weekly) – Trevor Davison, 29, of Fullerton, was killed in a two-vehicle crash on Riverside Freeway on April 14. Davison was a passenger of a Chevrolet Sonic, which rear-ended a black Toyota Corolla that had lost control and collided with a guardrail before veering back onto the road. The driver of the Sonic sustained minor injuries and was treated at a local hospital. The passenger died at the scene despite attempts to save his life, where emergency crews arrived just west of Serfas Club Drive. It’s unknown if drugs or alcohol contributed to the crash. The accident happed at around 10:51 p.m. and the westbound side of the freeway reopened just before 2:00 a.m.

Monday, April 19 (JD Supra) – California Governor Gavin Newsom signed Senate Bill 93 into law on Friday, April 16. It requires employers in the hospitality industry to rehire workers who were laid off due to the pandemic before filling positions with new workers. The new law applies to employers in airport hospitality and services, including food and beverage, retail, and facility management and support. Building services, event center, and hotel and private club employers are included as well.

The new law also includes guidelines for notifying an employee of an offer or grounds for declining a recall. It applies to workers employed for six months or longer during the 12 months preceding January 1, 2020. The law, which provides for civil sanctions for non-compliance, will be primarily enforced by California’s Labor and Workforce Development Agency, and has received little criticism by the California Hotel & Lodging Association.

Monday, April 19 (KPIX 5) – California lawmakers revived a multibillion-dollar tax break for some business after the Biden administration said the state would still be eligible for $26 billion in coronavirus aid. While business owners can deduct expenses associated with federal pandemic loans, they still owe state taxes on the money, but the proposal aims to change that. Congress barred states from using relief money to pay for tax cuts. But the U.S. Treasury Department said the state bill could be passed without penalty; the state Senate voted 37-0 Monday in support of the tax cut that, according to the California Department of Finance, will cost the state from $4.4 billion to $6.8 billion over the next six years. The bill now heads to the State Assembly. However, the tax break only applies to companies not publicly traded and reported a loss of at least 25% of gross receipts during at least one quarter in 2020.