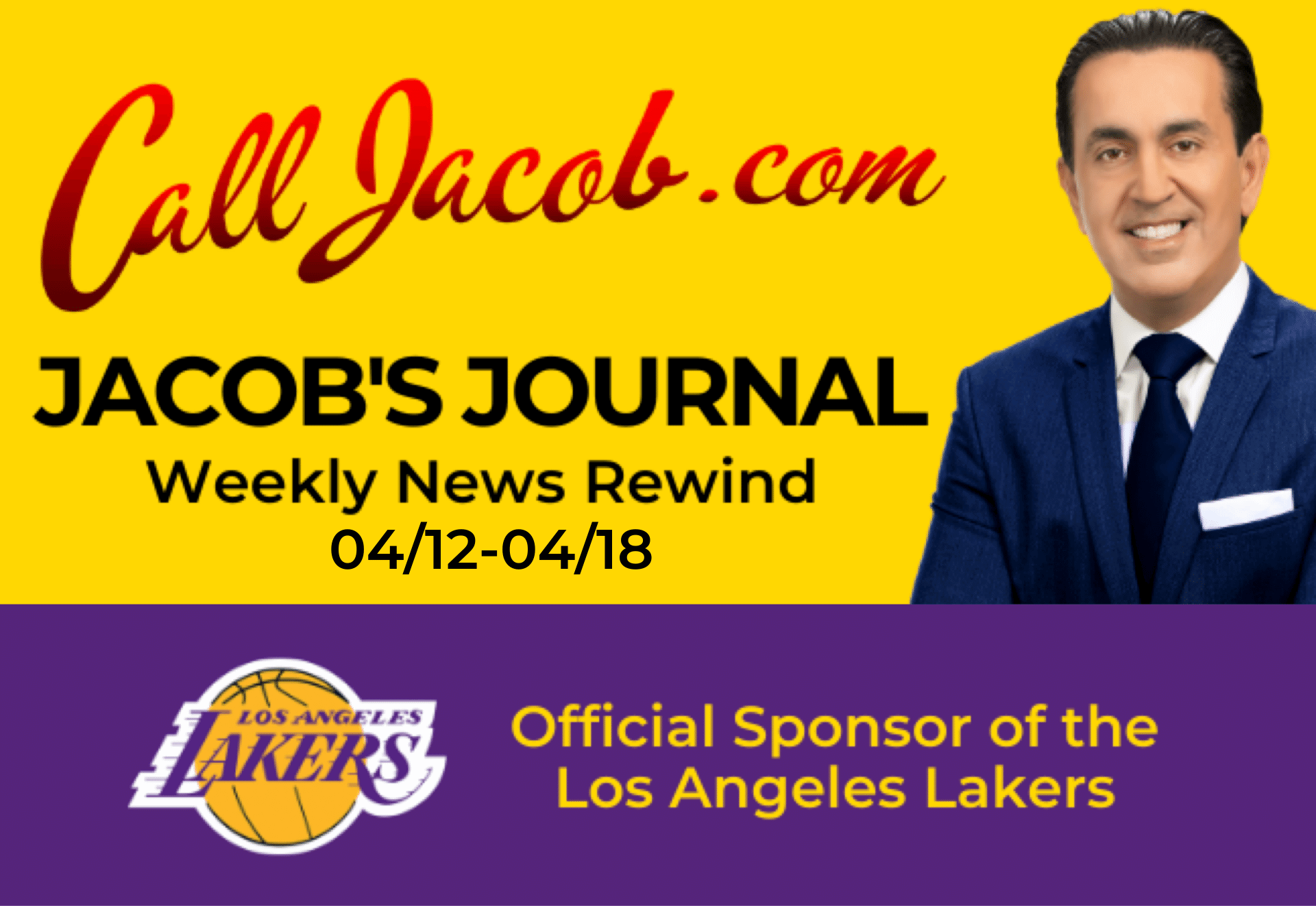 Wednesday, April 14 (NBC Los Angeles) – State figures released Tuesday show that, in Los Angeles County, the seven-day average rate of new COVID-19 cases increased from 3.1 to 3.2 per 100,000 residents, while the city of Los Angeles expanded vaccines to people aged 16+. To move from the orange to less restrictive yellow tier of California’s Blueprint for a Safer Economy, the average daily case rate must remain below 2 per 100,000 residents for at least two weeks. County Public Health Director Barbara Ferrer addressed the increase in cases and noted the county is pausing use of the Johnson & Johnson vaccine per federal warnings, and urged residents to get the Pfizer or Moderna shot.

This week, the county received 323,470 doses of vaccine, a decrease of 80,000 from last week. An additional 23 COVID-19 deaths were reported on Tuesday and 493 people were hospitalized, with 126 in intensive care. However, health officials noted hospitalization numbers may be artificially high because those infected weeks ago may be still testing positive, but being hospitalized for unrelated reasons.

Tuesday, April 13 (NBC Los Angeles) – Distribution of the COVID-19 Johnson & Johnson vaccine was paused in Los Angeles on Tuesday per recommendations by federal health agencies. The pause follows reports that six recipients of the single-dose shot developed a rare blood clot known as a cerebral venous sinus thrombosis (in combination with low blood platelets). All were women between the ages of 18 and 48; one of them died and one was hospitalized in critical condition.

On Twitter, L.A. Deputy Mayor Jeff Gorell announced that previous appointments made on the day of the announcement would be honored with another vaccine. A mobile vaccination site in Wilmington switch to the two-dose Pfizer vaccine, officials announced. While county health officials were anticipating an increase in supplies, questions about the Johnson & Johnson vaccine could change plans. In published reports, the company was quoted as saying there was “no clear causal relationship” between the vaccine and the blood clot cases and it will “work closely with experts and regulators to assess the data.”

Monday, April 12 (NBC Los Angeles) – The Los Angeles County Office of Emergency Management announced that, beginning Monday, people can apply for financial help for funeral expenses related to coronavirus deaths. Financial assistance is available through the Federal Emergency Management Agency’s COVID-19 Funeral Assistance Program. For recipients to be eligible for assistance, the death must have occurred in the U.S., including U.S. territories, or the District of Columbia; also, the death certificate must state it was a COVID-19-related death. In addition, the applicant must be a U.S. citizen, non-citizen national, or qualified non-citizen and incurred funeral expenses after January 20, 2020. Financial assistance is limited to a maximum of $9,000 per funeral and maximum of $35,000 per application.

Wednesday, April 14 (KTLA 5) – Following Orange County’s announcement of a vaccine “passport” pilot program, residents complained it would encroach on their freedom. About 200 residents voiced opposition to the program on Tuesday at an Orange County Board of Supervisors meeting. The county’s Health Care Agency Director Clayton Chau said a vaccine passport won’t be required, but a digital vaccination record can be provided to residents who request it. It may be in the form of a scannable QR code in the Othena app that’s been used to schedule testing and vaccinations.

Tuesday, April 13 (KTLA 5) – The Los Angeles Unified School District plans to begin a gradual and partial reopening plan on Tuesday. Superintendent Austin Beutner hailed the reopening as a model for school safety that’s sensitive to families in low-income communities. Critics have said the influence of teachers union concerns has put the quality of instruction at risk. Safety provisions include mandatory coronavirus testing for students and staff, and six-foot distancing between desks resulting in a half-time on-campus schedule. The timing of the reopening comes about two months after elementary schools were eligible to reopen.

Monday, April 12 (NBC Los Angeles) – Three deaths resulted from a violent crash in the Florence-Graham neighborhood of South L.A. Sunday night, including Myshawn Logan, 14. The two other victims were Quindien Homes, 23, and another unidentified man in his 20s. All victims were passengers, according to the coroner’s office, while two other people sustained minor to moderate injuries and were taken to a hospital. The crash occurred near S. Central Avenue and E. Florence Avenue just before 11:00 p.m. when, according to authorities, a car appeared to veer off into parked vehicles and crashed into a bank.

One Person Killed in Violent Crash in Azusa

Tuesday, April 13 (NBC Los Angeles) – One person was killed in a two-vehicle crash in Azusa on Tuesday. The incident was reported at about 1:30 a.m., at the intersection of Azusa Avenue and Gladstone Street, the Azusa Police Department said. The intersection was closed as a result of the accident. Video footage showed an SUV had overturned onto a two-door sports car, partially crushing its roof.

Tuesday, April 13 (ModernHealthcare.com) – On Monday, California re-opened enrollment for its state health insurance exchange. This allows people to purchase health insurance through the state exchange, Covered California, outside the usual annual open enrollment period. The goal is to help people buy coverage offered by the federal government, which includes assistance that may lower monthly premiums by $1,000 or more. The program is being funded by $3 billion of the $1.9 trillion coronavirus relief package signed by President Joe Biden last month. The new subsidies will be available through December 2022 to people who buy coverage through a health insurance exchange.

To be eligible, people must be legal U.S. residents, don’t receive affordable coverage through their job, and meet certain income requirements. For 1.4 million people in California who receive federal subsidies, the new subsidies will lower their premiums about $180 per month on average. The exact amount each person can save depends on age, location, and other factors. Covered California’s executive director, Peter Lee, is launching a $20 million statewide advertising campaign to inform people about the program.