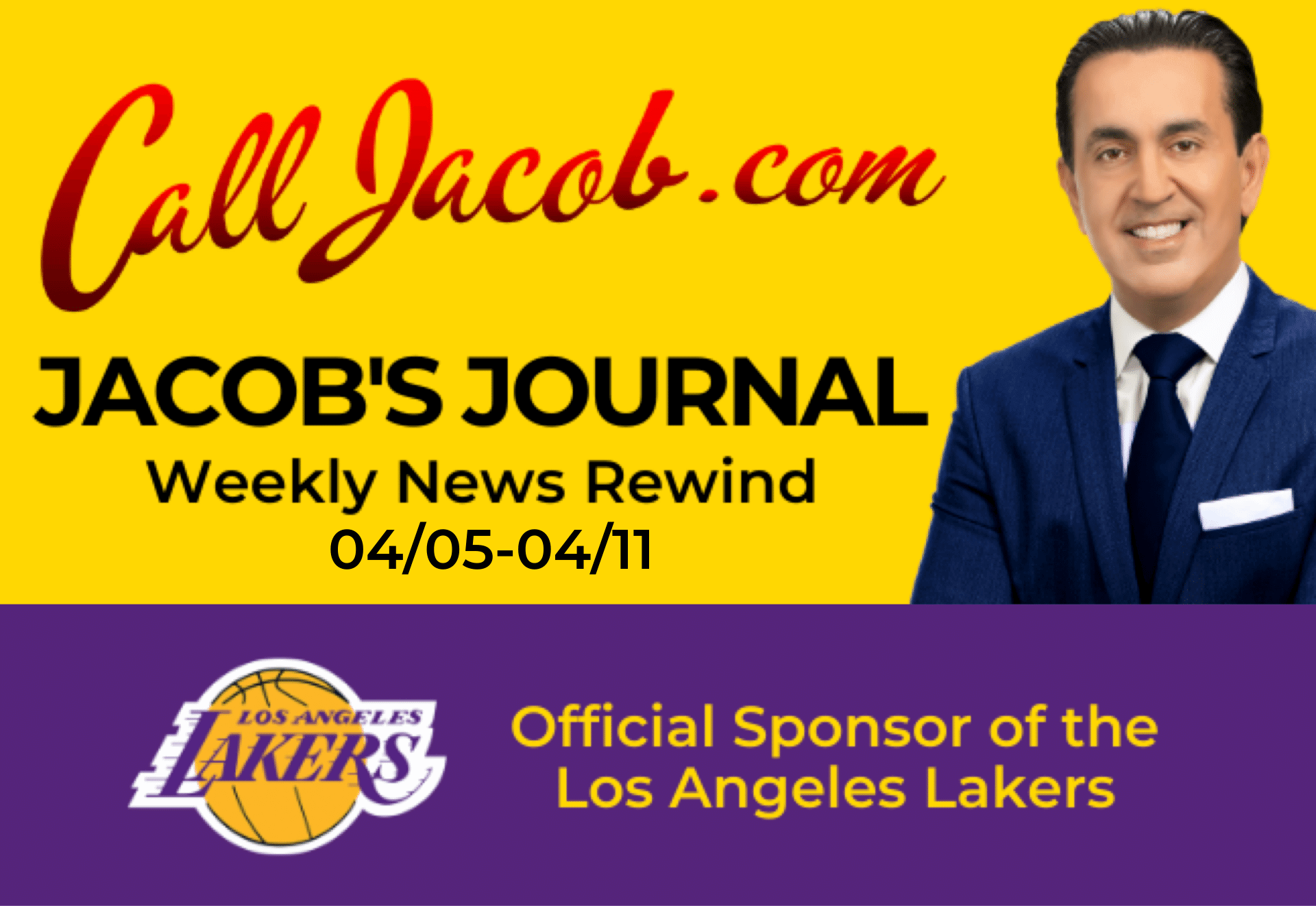 Monday, April 5 (FOX 11) – Dr. Anthony Fauci, chief medical adviser for President Joe Biden, said he does not believe the use of vaccine passports will be mandated by the federal government, in a discussion with Fox 11’s Elex Michaelson on Friday. Saying it could happen on a local level, Dr. Fauci discussed the practicality, scientific, and legal merits of the idea. He also gave examples of where vaccine passports could be used, such as in school districts or by employers. Andy Slavitt, acting administrator of the Centers for Medicare and Medicaid Services, said he’d consider them in the private sector, while Florida Governor Ron DeSantis said he’d issue an executive order to forbid local governments and businesses from requiring such documentation. In Pennsylvania, GOP senators are drafting legislation to prevent it from being used to bar people from activities.

Tuesday, April 6 (NBC Los Angeles) – California will move away from its color Coded Blueprint for a Safer Economy, and lift most coronavirus restrictions, on June 15 if there’s a sufficient vaccine supply for Californian’s 16 and older, and hospitalization rates are stable and low, according to a statement from the governor’s office on Tuesday. Most capacity limits will be lifted. However, state health officials said conventions and other large indoor events will require testing and vaccination. Health and Human Services Secretary Mark Ghaly provided recommendations to help businesses prepare while the governor’s office urges health safety measures to continue as everyday activities resume.

The state projects enough people will be vaccinated by mid-June to return to a pre-pandemic normal. Vaccine eligibility statewide will expand to people 16 and older on April 15. More than 20 million vaccines have been administered in California, said Governor Gavin Newsom. The state’s pandemic rules have been among the strictest in the nation, and included a statewide stay-at home order instituted last spring. More than 58,000 people have died from the virus in the state.

Monday, April 5 (The Press-Enterprise) – On Monday, officials announced that Riverside County will start providing coronavirus vaccines to residents 16 and older starting Tuesday, April 6. County Director of Public Health Kim Saruwatari, in a news release, said allowing a larger group of adults to get vaccinated is a step towards herd immunity. Vaccine availability has opened up enough to cover most county residents, according to Supervisor Karen Spiegel in the same release. This announcement also noted that 16- and 17-year-olds, who can receive the Pfizer vaccine, must be accompanied by a parent or guardian at their appointment. The county currently operates four vaccine clinics and provides the vaccine at six community health centers. It has administered more than 1 million doses so far.

Wednesday, April 7 (NBC Los Angeles) – On Wednesday, Riverside County moved into the less-restrictive orange tier of the Blueprint for a Safer Economy, after having been in the red tier since March 16. It had previously been in the most restrictive purple tier for five months. Under the orange tier, retailers can fully open and restaurants, movie theaters, museums, and zoos can operate at 50% capacity. However, bars, gyms, and wineries must maintain a 25% cap on attendance. Starting April 15, receptions and conferences with up to 150 attendees will be allowed if all participants are tested for coronavirus. On Tuesday, California Governor Gavin Newsom set a target date of June 15 to end all restrictions on businesses, gatherings, and recreation if the current trends continue.

Monday, April 5 (Star 94.1) – Servando Lopez of San Ysidro survived a motorcycle accident on the I-5 Freeway in San Diego after, according to what a witness told CBS8, someone rolled a tire into traffic. The tire caused the motorcycle to crash. Lopez told the news station he had no time to react during the March 30 accident. Eyewitnesses later informed him of what caused the crash, and that they saw someone roll the tire down a hill. Lopez said cars stopped for him and two people helped him get off the freeway. He was later examined at an urgent care. The California Highway Patrol arrived on scene and conducted a search, but didn’t find the person who threw the tire.

Thursday, April 8 (CBS 8) – On Tuesday, a California Highway Patrol motorcycle officer, later identified as Joe Heightman, was seriously injured in a collision at the intersection of Lomas Serenas Drive and Via Rancho Parkway, near the Westfield North County mall, in Escondido. The crash occurred shortly before 1:00 p.m. According to the CHP, a female driver made a left-hand turn in front of a patrol car when her SUV collided with the vehicle. The officer was heading back to work at the time, and taken to the hospital by paramedics, while the driver sustained little to no injury and cooperated with the investigation. Police do not believe drugs or alcohol were a factor in the crash.

Wednesday, April 7 (NBC Los Angeles) – A police pursuit ended Wednesday night at the intersection of Wilshire Boulevard and North Doheny Drive, as a driver refused to get out of a suspected stolen car. The suspect, identified as Daniel Allen, 29, of Santa Clarita, had crashed the Toyota at the intersection and refused to leave for more than three hours. Beverly Hills police and SWAT crews then deployed non-lethal rounds and CS gas into the vehicle. Three pedestrians had been struck as well as two other vehicles, according to police. Authorities also said the suspect was taken to the hospital after the standoff and is facing charges of felony evading and resisting arrest.