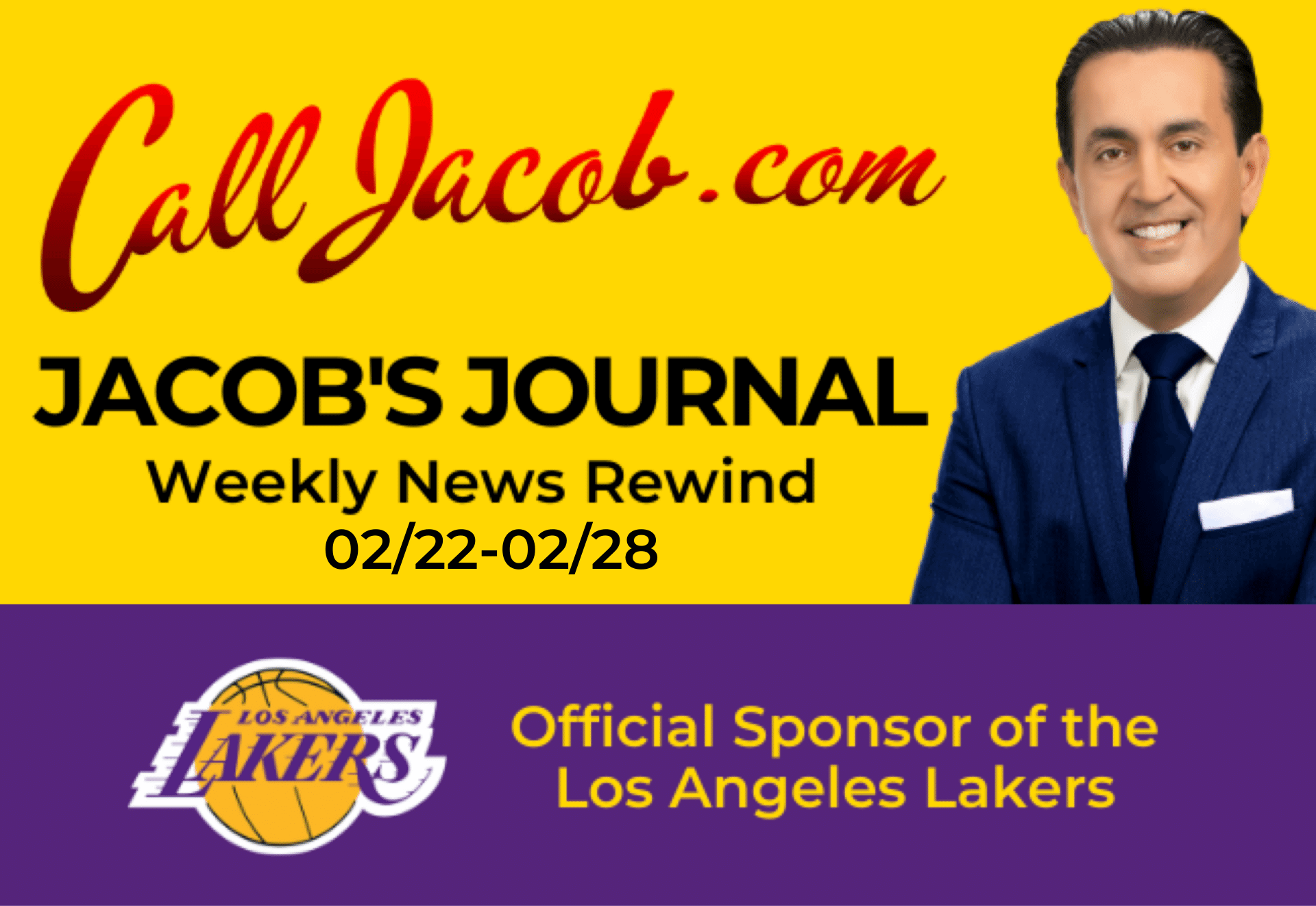 Tuesday, February 23 (CBS Los Angeles) – On Tuesday, California Governor Gavin Newsom signed several bills into law to provide assistance to people and businesses affected by COVID-19. One bill includes $7.6 billion of direct relief to go to about 5.7 California residents, Newsom said during a Tuesday news conference. It will provide one-time stimulus payments of $600 to people who earn under $75,000. Immigrants will also receive stimulus payments. In addition, the package includes small business grants of up to $25,000, and $24 million in financial assistance to the farmworker support organization Housing for the Harvest; it also waives state licensing fees for restaurants, bars, salons, and barbershops.

Vaccination Tiers May Be Phased Out Soon As Supply Increases Across the Country, L.A. Mayor Garcetti Says

Wednesday, February 24 (KTLA 5) – On Wednesday, Los Angeles Mayor Eric Garcetti said the tiered system to distribute COVID-19 vaccines could soon be phased out. The mayor also said coronavirus infections in Los Angeles County have dropped 19% since last week; hospitalizations decreased 28%, while intensive care unit admissions are the lowest since early December. On Tuesday, 17,572 vaccine doses were administered, while 367,206 total doses have been provided in Los Angeles as of Wednesday, the mayor noted.

Vaccine eligibility will be expanded on March 1 to include educators, child-care workers, grocery store employees, food and agriculture workers, law enforcement personnel, and emergency responders. Garcetti also discussed partnerships with community organizations to administer vaccines in vulnerable neighborhoods, including the use of mobile vaccination clinics. He also signed the first paid parental leave policy for Los Angeles into law on Wednesday.

Tuesday, February 23 (Golfchannel.com) – Tiger Woods sustained multiple leg injuries in a single-car accident on Tuesday, which occurred at about 7:12 a.m. on Hawthorne Blvd. at the border of Rolling Hills Estates and Rancho Palos Verdes. Woods, 45, was extricated from the vehicle, a Genesis mid-size SUV, by the LAFD and transported to Harbor-UCLA Medical Center with non-life-threatening injuries. In a statement, his medical team reported Woods underwent surgery for multiple fractures in his lower right leg and ankle, which included bones breaking the skin. A rod was inserted into the right tibia while screws and pins were used to stabilize the foot and ankle, according to a medical official.

L.A. County Sheriff Alex Villanueva said Woods’ vehicle was traveling northbound when it hit the center median on Hawthorne Blvd. at Blackhorse Rd. It then struck two signs and a small tree, crossed the southbound lanes, and rolled several times before coming to a stop on its driver’s side. The vehicle ended up several hundred feet from where it struck the median. Villanueva added the vehicle was traveling at a high speed and noted the high rate of accidents at that location. Woods was wearing his seatbelt and appeared calm and lucid, according to officials at the accident scene.

Still recovering from back surgery on December 23, Woods took part in the trophy presentation at the PGA Tour’s Genesis Invitational on Sunday, and took part in other activities in the Los Angeles area on Monday.

Thursday, February 25 (MyNewsLA.com) – A two-vehicle crash in the Vermont Vista area on Thursday morning killed two people and left three others critically injured. The LAFD reported the crash occurred at about 5:20 a.m. in the 400 block of Century Boulevard, west of the 110 Freeway. It also revealed the two people were declared dead at the scene, while the three other victims were transported to a local hospital.

Wednesday, February 24 (KTLA 5) – Police investigators are looking for at least three people who fled a crash scene Wednesday in which a pickup truck collided with a Toyota Camry, leaving one pedestrian dead. The Ford Ranger was heading west when it struck the Camry at the intersection of 88th Place and Main Street in the South Los Angeles neighborhood of Broadway-Manchester, according to police. The pedestrian died at the scene. A Nissan Sentra parked nearby was damaged in the incident.

An official said one suspect was wearing a yellow shirt with jeans and was holding a DeWalt toolbox; the other wore a green vest. Both males were seen running toward an alley on Broadway toward 90th Street. Anyone with information on the crash can call the LAPD at 877-527-3247 or visit www.lacrimestoppers.org to submit an anonymous tip.

Man in Motorized Wheelchair Dies After Being Hit By SUV

Wednesday, February 24 (Fox 5 San Diego) – A Hyundai SUV struck and killed a man riding a motorized wheelchair, at the 400 block of Oxford Street, just before 10:00 a.m. Wednesday, Chula Vista police said. Following the accident on South Bay Road, the man was taken by paramedics to UCSD Medical Center in San Diego. He was pronounced dead at the hospital. Police said the roadway was closed for nearly 3½ hours while the accident remained under investigation.

Wednesday, February 24 (ABC 7) – On Tuesday, a federal judge ruled that California can now enforce its net neutrality law. Signed by former Governor Jerry Brown in 2018, the law clears the way for the state to ban internet providers from slowing/blocking access to websites and applications that don’t pay for premium service. It is the first state law of its kind. While the Trump administration initially blocked it with a lawsuit, the Biden administration dropped the lawsuit this month. A request by the telecom industry to continue blocking the law was denied this week.

California legislators considered the law after the Federal Communications Commission repealed nationwide net neutrality rules in 2017. Advocates say that without rules, internet providers can easily favor their own services by blocking access to competing websites and applications. The new state law bans providers from slowing data streams based on content viewed and speeding up access to favored sites.

Tuesday, February 23 (Yahoo! News) – A San Diego County judge issued a temporary order granting permission to resume youth sports if COVID-19 protocols the same or similar to those used in professional sports are followed. The order loosens restrictions, effective February 26, as long as case rates remain less than or equal to 14 per 100,000. In an interview this week, Surf Cup Sports CEO Brian Enge called out the ban and its effects on youth over the past several months. An advocacy group, Let them Play, consisting of 600,000 members throughout the state, is pushing for statewide policy changes that lift restrictions on sports. The state of California can still repeal the court decision, so Enge suggested the fight to lift restrictions on sporting activities is expected to continue.