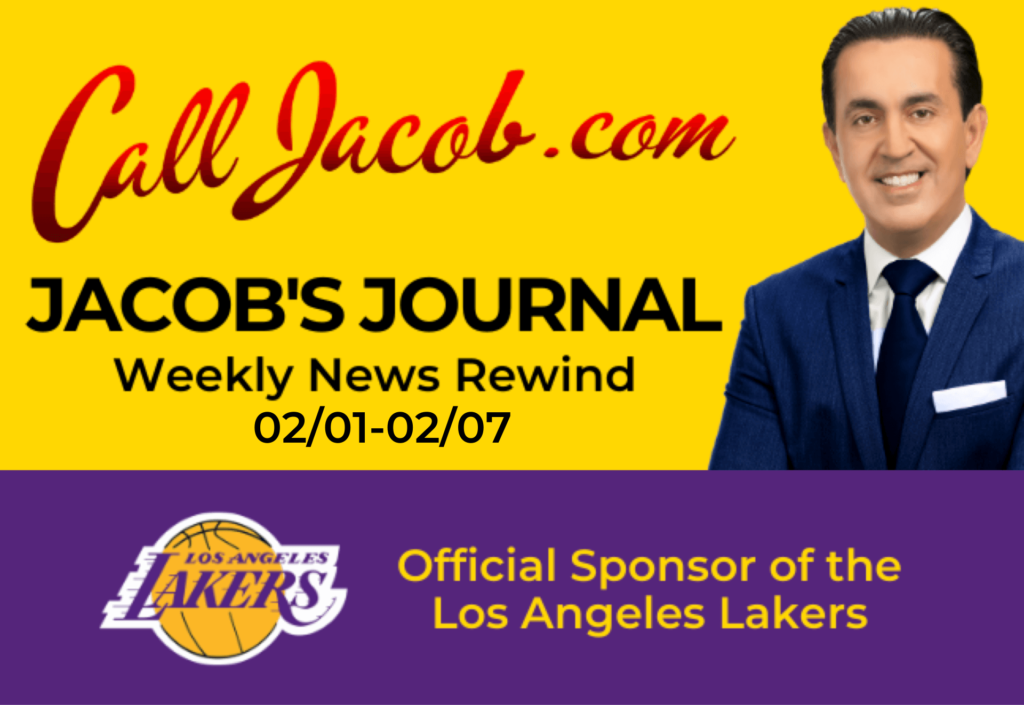 Tuesday, February 2 (CBS Los Angeles) – CVS Health announced it will begin providing COVID-19 vaccinations at 100 CVS Pharmacies in California starting February 11. Appointments can be booked starting February 9, on CVS.com, the pharmacy’s website, or by phone. Officials from the company said the initial rollout will consist of about 81,900 doses. During this phase, Walgreens, Walmart, Rite Aid, Costco, and supermarket pharmacies will also administer vaccines. Eligible individuals will be able to receive vaccines at participating CVS pharmacies in Agoura Hills, Huntington Beach, Irvine, Ventura, Los Angeles, and Newport Beach as well as in San Diego and other locations.

Los Angeles COVID-19 Update: January Is By Far The Deadliest Month Of The Pandemic In L.A. County

Tuesday, February 2 (Deadline.com) – The County Department of Public Health reported that January, which accounted for 41% of the total number of COVID-19 related deaths, was officially the deadliest month of the pandemic in L.A. County. County officials said there were more than 7,000 deaths in a little over a month. As of Tuesday, total deaths for the pandemic stood at more than 17,000, with 1,124,558 positive cases. Officials also noted the incredibly high number of new cases in December and early January, and new mutations of the virus, including the West Coast Variants that now account for over 1,000 cases.

4 Critically Injured After Explosion At Production Site in Santa Clarita

Wednesday, February 3 (CBS Los Angeles) – Four people were hospitalized with critical burns following an explosion in Santa Clarita on Tuesday. The Los Angeles County Fire Department said authorities were called to the 25100 block of Rye Canyon Loop at about 4:45 p.m.; initially reported to a movie set, it was later determined to be a production site where commercial pyrotechnics malfunctioned. The incident also triggered a small brush fire, which fire crews extinguished, and is still being investigated.

Monday, February 1 (KTLA 5) – On Monday, authorities continued to search for a hit-and-run driver who crashed into a car, killing two males, ages 17 and 18, in Palmdale on Saturday night. The victims were in a 2018 Honda Civic, at the intersection of Avenue O-8 and 10th Street West, when a 2015 Chrysler 200 ran a red light and struck their vehicle, according to the L.A. County Sheriff’s Department. As the search for the male driver is ongoing, the sheriff’s Palmdale Station can be reached at 661-222-8477 by anyone with information.

Monday, February 1 (KTLA 5) – A 23-year-old man died after crashing into another vehicle on the 110 Freeway in Gardena on Monday. The California Highway Patrol said he was driving north on southbound lanes when the crash occurred, at about 12:40 a.m., near Gardena Boulevard. According to the CHP, the man was not wearing a seatbelt; a 22-year-old woman in the other vehicle suffered a fractured pelvis, arm, and leg and was transported to Harbor UCLA Medical Center.

Wednesday, February 3 (KTLA 5) – On Wednesday, the California Supreme Court rejected a lawsuit by ride-hailing drivers and unions that sought to overturn a ballot measure that makes them independent contractors rather than employees. The lawsuit claimed Proposition 22 was unconstitutional because it limits legislative powers and excludes drivers from workers’ compensation and other benefits. Passed with 58% in November, Proposition 22 exempt ride-sharing companies, such as Uber and Lyft, from AB5, a state law that would have required them to treat drivers as employees with minimum wage, overtime, health insurance, and other protections. While justices declined to hear the case, it can be filed in a lower court.

Wednesday, February 3 (Fox News) – A vehicle chase in Los Angeles began after 7:00 p.m. Tuesday and ended with the suspect taken into custody by police at around 1:30 a.m. Wednesday. The Chevy Malibu had been traveling for hours with three damaged tires. Video of the pursuit was posted by Fox 11 in Los Angeles and other stations throughout the evening as the vehicle traveled back and forth on Interstate 110. At times, it was a high-speed chase, but slowed down after a spike strip damaged the vehicle, according to KNBC-TV, which also said the chase began with reports of a suspect with a gun. The suspect’s identity and potential criminal charges weren’t immediately revealed.

Monday, February 1 (Patch.com) – Max Lenail, 21, of Palo Alto was killed in a “freak accident” last Friday while running in a local park, his father, Ben Lenail, posted on Facebook. San Diego police say he had been last seen going to Mission Trails Regional Park. His body was recovered Saturday afternoon after, according to Ben Lenail, he likely slipped and suffered head trauma and hypothermia. Max Lenail had moved to San Diego earlier in the year, attending Brown University remotely to complete his pre-med studies, and was due to graduate in May.