Skip to content
How Long Does a Settlement Take?

How Long Does a Settlement Take? 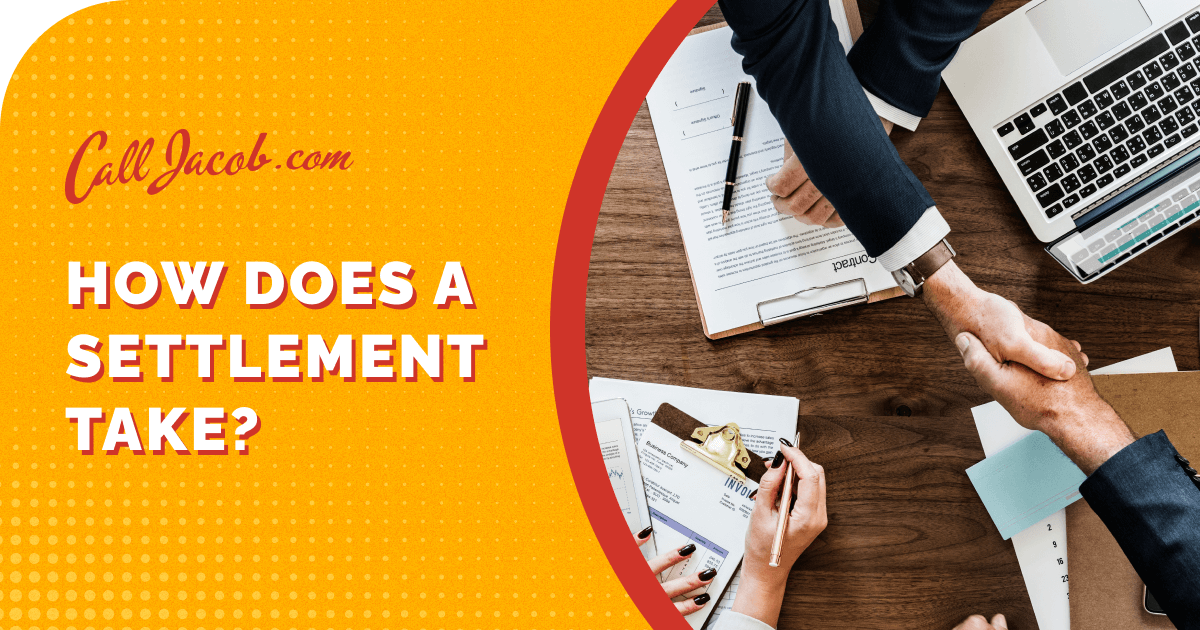 If you’ve been in an accident, the worst thing you can do is be in a hurry to settle the case. Insurance companies rush to have you sign paperwork that may entitle you to some money but relinquish your rights to any more compensation. This is often just a fraction of what your case is truly worth. Getting the compensation that you deserve, it’s going to take more time. The exact timeframe to reach a settlement varies with every case, as does the settlement amount.

A simple case can settle in about three months. However, a variety of factors can draw out the process. Hiring an experienced personal injury attorney can expedite the case, but without the proper representation, there’s no telling how long a settlement will take. We’ve identified numerous factors over the years that can increase the amount of time, such as:

Settlement negotiations are an ongoing element; they can start and conclude before you ever file a lawsuit, or continue even after the case settles. When you file a lawsuit, it takes an average of three months from the date it’s filed to get an insurer’s initial response. Usually, the defendant is served within 30 to 60 days of when you file the lawsuit and has 30 to 45 days to respond.

Pre-trial discovery can be a lengthy process. Mediation is a form of alternative dispute resolution used to avoid going to trial. While mediation typically lasts a day or two, the average time to begin this process is 9 to 18 months after an accident. Going to trial means waiting even longer. It’s usually more than a year after an accident that a trial begins, but often closer to two years. Most personal injury trials last a couple of days to two weeks.

How Insurance Companies Can Complicate Matters

The insurance company essentially holds the clock once you send a demand letter. It tells them how much you think you’re owed. If the insurer agrees and no tactics are used against you, you can receive a settlement check in anywhere from two weeks to two months. Legally, insurers can’t delay the settlement process without reason, but several tactics are in fact legal, including:

Then again, the insurance company may be so busy with other claims that it takes more time to process yours.

Do I Get Paid as Soon as My Case Settles?

Agreeing on a settlement doesn’t mean you’ll get your check right away. You might still have to wait several months. Once an amount is determined, the insurance adjuster sends the paperwork to the plaintiff and their attorney, who must sign the insurance release. The insurance company’s accountant then writes out the check and sends it to your personal injury attorney who then deposits it into your account.

But other steps can delay the process. Attorney’s fees will be deducted from the check. If any medical liens were in place, they must be paid for as well. The remainder of the check is then transferred over to the client.

If you have questions about your personal injury claim, such as “How long does a settlement take?”, we can help. A highly regarded law firm in Los Angeles, we’ve won millions of dollars in damages and have an excellent track record of client satisfaction. To schedule a free case evaluation at home or in your office, call 888-952-2952 today.