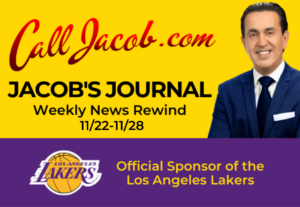 Wednesday, November 24 (ABC 7) – Brittney and Antonio Montano, both 29, their 9-year-old daughter Marianna, and 5-year-old son Antonio Jr. were killed in a head-on crash on Interstate 80 in Nevada County on Saturday. Their son Julian, 4, survived the crash strapped into a car seat. According to relatives, the family was headed to The Grand Canyon on vacation. A website has been set up to raise funds for their burials, where relatives say the victims, who resided in North Highlands in Sacramento County, were on their way to Utah and Arizona.

At around 5:00 a.m., a witness called 911 to report a wrong-way driver, who was injured and hospitalized after the collision (KCRA-TV reported he is suspected of driving under the influence of alcohol). Three vehicles were involved in the crash near Eagle Lakes Road, according to the California Highway Patrol. The driver of a third vehicle sustained minor injuries, the CHP said. The surviving boy is hospitalized in Reno, Nevada, with extensive injuries, according to family members who say they plan to adopt him.

Tuesday, November 23 (Torem & Associates) – On November 19, Carmen Romero Vidal, 23, was killed in an automobile accident in Bakersfield, while two others were injured according to reports. Bakersfield police officers said they were called to the scene of a multi-vehicle accident on Stockdale Highway near Jenkins Road at about 12:10 a.m. They found two vehicles, including a red Honda Civic in which two men were injured and transported to a medical center in critical condition. Vidal, a passenger in the Civic, was also taken to an area hospital but later lost her life. Authorities believe speeding was a contributing factor in the crash. Police are continuing to investigate the accident.

Monday, November 22 (ESPN) – After “recklessly hitting” Detroit Pistons center, Isaiah Stewart in the face during a Sunday game, LeBron James was suspended for one game, said the NBA on Monday. Steward was suspended two games for escalating the altercation and exhibiting aggression. James missed a game between the Los Angeles Lakers and New York Knicks at Madison Square Garden on Tuesday, while Stewart missed games on Tuesday and Wednesday. Additionally, James will forfeit about $284,000 in salary and Stewart $45,000. Both will be eligible to play in Sunday’s planned game between the Lakers and Pistons.

Lakers coach Frank Vogel voice his support for James in a statement before Tuesday’s game, while Anthony Davis said he was surprised by James’s suspension as he believed it was an accident. The incident occurred in the third quarter when James’s and Stewart’s arms got intertwined, James swung his elbow, and struck Stewart causing a cut above his eye. As Stewart was guided away, he attempted to run back to James on multiple occasions. Both were ejected; Stewart received two technical fouls and James a fragrant foul 2. It is James’s first suspension in his 19-year career.