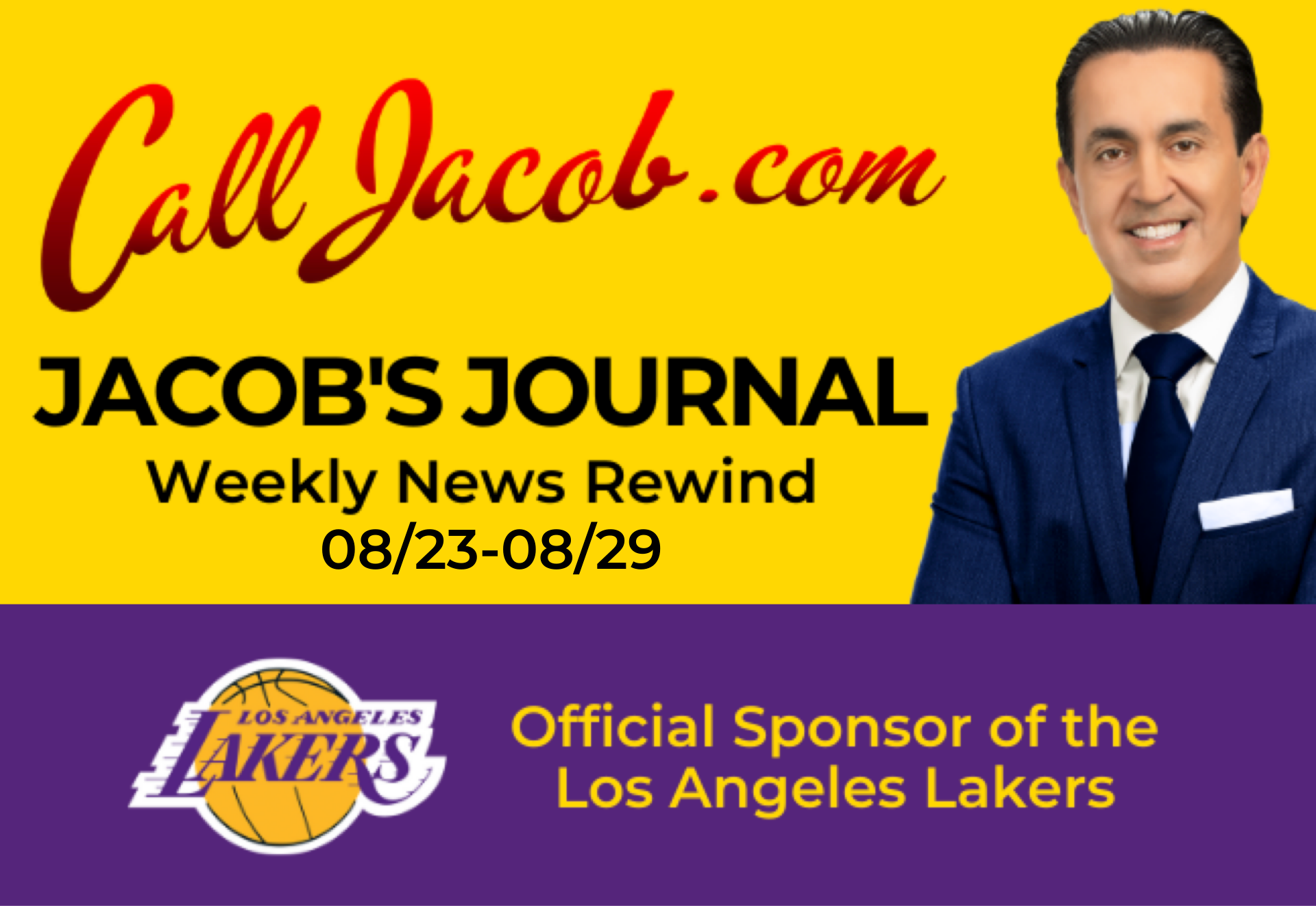 Thursday, August 26 (Fort Bragg Advocate-News) – Nurses across California are leaving their high-pressure jobs to change careers, retire early, or take on less demanding assignments. Staffing shortages are affecting many hospitals, including one in Eureka where four emergency room nurses have quit in the past month. At Scripps hospitals in San Diego, job openings have increased 57% since August 2019, with nursing job vacancies going up 96%. Factors driving the nursing shortage include burnout and California’s new vaccine mandate for health care workers, which requires them to be fully vaccinated or present a negative COVID-19 test (with limited religious and medical exemptions).

Many nurses are working out of ratio, meaning they’re assigned too many patients. In California, an ICU nurse can have no more than two patients, and an emergency room nurse can have no more than four; it is the only state to enforce these caps. Emergency waivers for these ratios were granted in December for many hospitals; they were not reinstated by Governor Gavin Newsom’s most recent order. Traveling nurses remain in high demand amidst the shortages. Organizations such as Aya Healthcare are working to fill some of them, while hospitals and the state Department of Public Health are paying generously to entice nurses to come to California.

However, this is pulling full-time nurses into traveling positions, further exacerbating the shortage. In addition, low staffing is creating more stress for ER nurses across the state, including in Humboldt County where COVID-19 hospitalizations are at record levels.

Fire Season Is Getting Longer

Thursday, August 26 (High Country News) – According to research by the nonprofit Climate Central, large wildfires have increased in frequency over the past 50 years. “Fire weather” days have increased since 1973 across the Pacific Coast to the Great Plains, including in California, southern Nevada, Texas, and New Mexico. Southern Texas has jumped from four annual fire weather days in 1973 to 15 fire weather days annually. Meanwhile, the Sacramento region went from seven to 19 fire weather days by 2020 in a region known for the Camp Fire in 2018 and the Dixie Fire in 2021.

The study’s findings are consistent with other research suggesting increased temperatures are contributing to more parched summers. Researchers believe fall fire weather days are expected to increase 40% by 2065. Fires are being driven by weather, humans (deliberately or accidentally), and drought as well as a lack of cooler, more humid nighttime conditions. In some instances, power companies have turned off electricity to prevent equipment from igniting new fires. Kaitlyn Weber of Climate Central believes recent wildfire trends are not natural.

Wednesday, August 25 (Torem & Associates) – On Tuesday, August 25, a school bus and four other vehicles were involved in a collision at the intersection of Clinton and Fruit in central Fresno. According to authorities, a sedan and pickup truck were involved; the truck then hit a signal light pole. While the school bus was stopped at a red light, the sedan was pushed into it. None of the 12 students on the bus were injured, but two were transported to a hospital at their parents’ request. A tire was ejected from the pickup truck and struck two other stopped vehicles, one driver from which was injured and hospitalized. Fresno police continue to investigate the cause of the collision, which remains unclear.

Thursday, August 26 (The Hill) – Health officials are urging people to get vaccinated and follow safety guidelines as at least seven Northern California counties are reporting record COVID-19 hospitalizations. California Department of Public Health data show high hospitalization rates are occurring mostly in rural areas. Counties most affected include Amador, Del Norte, Lake, Shasta, Humbolt, Mendocino, and Tuolumne. In Del Norte County, just 41% of people are fully vaccinated, while 68% of California’s total population has had at least one dose and 55% are fully vaccinated, based on CDC numbers. Government agencies and local businesses have launched new campaigns to get people vaccinated following the FDA’s full approval of the Pfizer-BioNTech vaccine.

Tuesday, August 24 (The Coast News) – Assembly Bill 122, or the Bicycle Safety Stop bill, could soon be up for a vote on the Senate floor. If signed into law, the statewide pilot program would allow bicyclists to treat stop signs as yield signs until January 1, 2028. Currently, California state law requires cyclists to follow all laws applicable to motor vehicle drivers. Introduced by Assemblymember Tasha Boerner Horvath (D-Encinitas), the proposed legislation aligns with laws in seven other states that remove the requirement for riders to make a complete stop at a stop sign when no vehicular traffic is present (it will still be illegal to “blow through” a stop sign).

However, bicycle riders will still have to come to a complete stop at red-light traffic signals and yield right-of-way to pedestrians. Similar laws have been enacted in Delaware, Idaho, Utah, North Dakota, Washington state, and Oregon. Steve Barrow of the California Coalition for Children’s Health and Safety opposes the bill given the high number of injuries and deaths due to bicycle crashes, how vulnerable children are, and the length of time it takes to cross an intersection versus the speed of a car.

Thursday, August 26 (California News Times) – As coronavirus cases surge across the Bay Area, California, and the entire country, the Centers for Disease Control and Prevention (CDC) has announced an advisory board will meet next week regarding booster shot rollout. Pfizer and Johnson & Johnson revealed this week that their boosters increase protection dramatically. In other news this week, a vaccine mandate was issued for Santa Cruz County employees, and San Francisco’s Outside Lands festival will require attendees to show proof of vaccination or negative test. Similar requirements are being implemented by the California Academy of Sciences, the city of San Jose for city employees, and for first responders in Marin County. In addition, the Benicia City Council is expected to consider a resolution to implement an indoor mask mandate.

Thursday, August 26 (SI.com) – While jokes about the average age of the Los Angeles Lakers abound on the internet, Dwight Howard expressed content with his return to the team for the third time. Some may use this as an excuse to write them off this upcoming season, but there are a handful of future Hall-of-Famers onboard. Analysts hope that Howard can drive the team to accomplish what it couldn’t last year. Rather than an old timers reunion, discussions are already ongoing about the Lakers attempting a championship run.

In California, a 12-Year-Old Boy Was Killed When a Freight Train Collided with a Car

Thursday, August 26 (The Washington Newsday) – On Wednesday, a 12-year-old boy was killed and a 19-year-old woman injured when a freight train collided with a car in the city of Oakley. The vehicle was heading west on East Cypress when the crash occurred, at about 1:00 p.m. Officials say the woman tried to cross the train tracks in the car. Two other vehicles were involved whether by being struck by the train or flying debris, causing three other people to be injured. Police have not determined the cause of the accident; an East Contra Costa fire official said this is the third time this year that local personnel responded to a train-car collision.

Jared Dudley Says It’s ‘Crazy’ He Won’t Be Back with Lakers, Admits He Thought He Was Going to Re-Sign with Team

Thursday, August 26 (Lakers Daily) – In a statement to the Los Angeles Times, Los Angeles Lakers veteran Jared Dudley expressed surprise the team didn’t retain him. Dudley, 36, recently joined the Dallas Mavericks as a coach, but seems that he would prefer to stay with the Lakers. While with the team, he averaged just 1.3 points per game but demonstrated a great deal of leadership and chemistry with his teammates. LeBron James, Anthony Davis, and Russell Westbrook are expected to carry the Lakers through the season, as they’re widely considered the favorite to win the 2021-22 NBA title

“I Would Have Been the Scottie Pippen to Kobe Bryant’s Michael Jordan”: Tracy McGrady on If He Had Joined Forces with Kobe Bryant and Shaquille O’Neal in LA

Thursday, August 26 (The Sports Rush) – Hall of Famer Tracy McGrady, appearing on ESPN’s The Jump as an analyst, discussed the possibility of teaming up with Kobe Bryant and Shaquille O’Neal in L.A. early in his NBA career. One of the most successful NBA guards in the late 90s, he averaged 19.6 points per game, 5.6 rebounds per game, 1.2 steals per game, and 43.5% shooting. Bryant stated on numerous occasions that McGrady was one of the toughest players for him to guard. Host Rachel Nichols discussed what it might have been like if he joined the Lakers during the Kobe-Shaq era. At the time, General Manager Jerry West was impressed with McGrady’s workouts and tried to get the 7x All-Star drafted to the Lakers. McGrady lamented the idea during the show while a co-panelist speculated the Lakers would have won several championships with him on the roster.