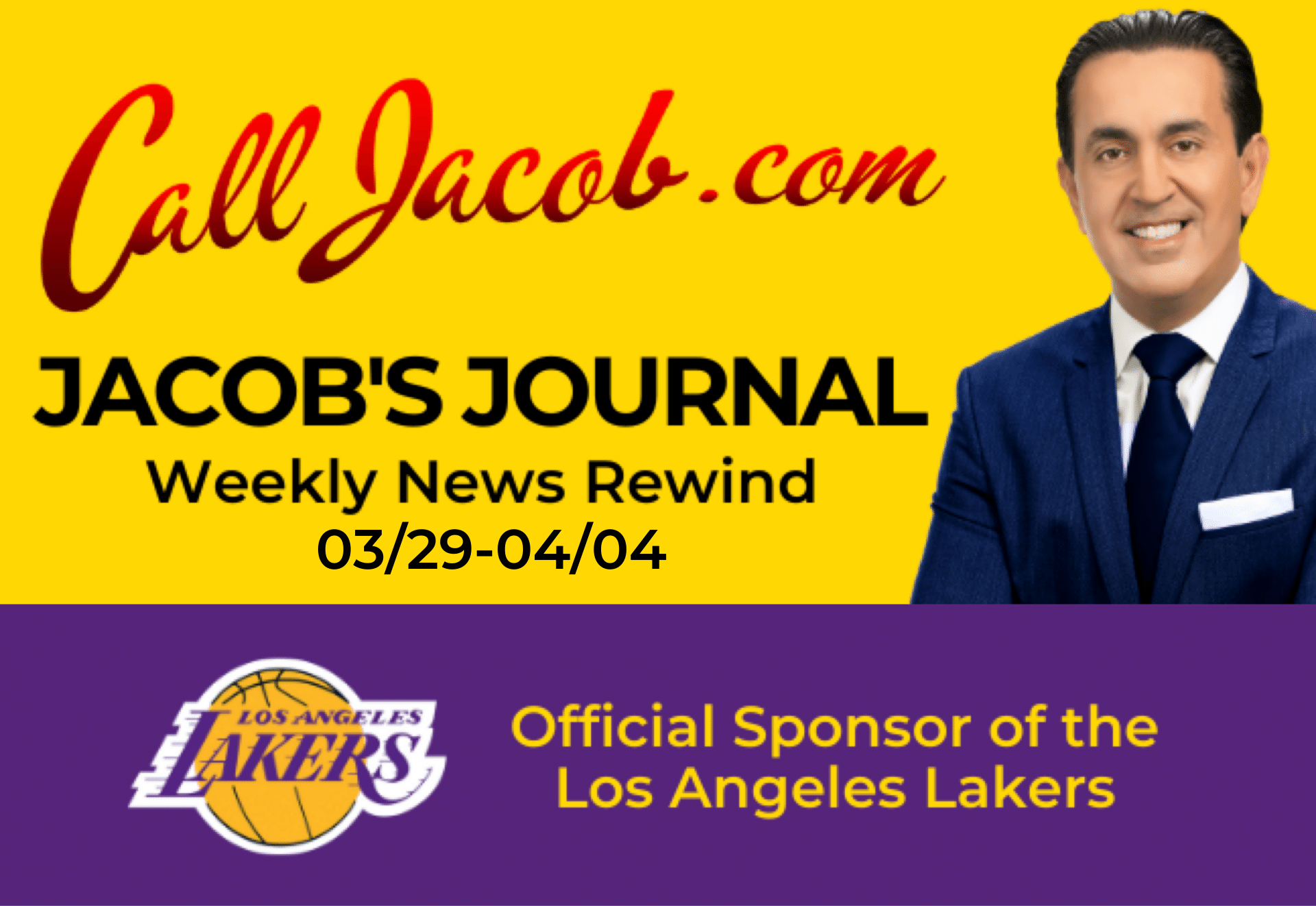 Four Dead, 2 Wounded, Including Suspect, In Shooting Near Los Angeles

Wednesday, March 31 (Reuters.com) – Four people, including a child, were killed in a shooting at an office building in the city of Orange on Wednesday. The incident took place about 30 miles southeast of downtown Los Angeles. Police reported that the suspect engaged in gunfire with authorities and was taken into custody. This marks the third deadly mass shooting in the U.S. in less than a month. The deceased, plus two others struck by gunfire (including the shooter), were taken to local hospitals. California Governor Gavin Newsom reacted on Twitter by calling the shooting “horrifying and heartbreaking.”

Under state rules, counties must remain in a tier for three weeks before advancing further, meaning Los Angeles County cannot advance until Friday. In a news conference Tuesday, Dr. Ferrer said the county all but met metrics for the yellow tier. Vaccine eligibility in the state was set to expand to people 50 and older on Thursday, and all adults on April 15. Six million people in the state have been fully inoculated.

In the orange tier, capacity restrictions will be lifted at retail and personal care businesses. Movie theaters, museums, churches, restaurants, aquariums, and zoos can operate at 50% capacity, while fitness centers could be increased to 25%. Bars can reopen outdoors and card rooms/family entertainment centers can resume indoor operations.

Is It OK to Get a COVID-19 Vaccine in Another California County? Here’s What We Found

Thursday, April 1 (ABC 7) – As the age limits are set to lower for COVID-19 vaccine eligibility, ABC 7 investigated whether it’s possible for people to get vaccinated in a county other than their residence. Appointments in Bay Area counties were hard to find on the MyTurn website, but changing a home address to other locations yielded numerous appointment times. People have driven long distances to get vaccinations. When asked if snagging out-of-county appointments was allowed at county-run sites, all sources said no; some responded by saying vaccine doses were for people who live and work in a respective county.

Californians 50 and Over Can Now Make COVID Vaccine Appointment on MyTurn Website. Here’s How

Wednesday, March 31 (ABC 7) – On Wednesday, Californians ages 50 and older became eligible to make a COVID-19 vaccination appointment on the MyTurn website. Eligible people can make an appointment at myturn.ca.gov and provide the requested information to see available appointments in their area. Different cities and ZIP codes can be searched to find availability, but if making an appointment far from home, it could be cancelled depending on rules set by different counties. Although supplies have been limited, Governor Gavin Newsom predicted the state’s capacity will be at 4 million shots per day by the end of April, when the vaccine will be available to everyone 16 and older. Vans are currently being used as mobile clinics to reach underserved communities and farmworkers who lack transportation.

COVID-19 Vaccine Scams Are On The Rise, Health Officials Warn: What To Look Out For

Tuesday, March 30 (Fox 11) – Los Angeles County is warning residents of scams as demand for the COVID-19 vaccine is on the rise. On Friday, Dr. Paul Simon of the county Department of Public Health warned that if someone is selling an appointment, it is a scam. Other scams include emails and texts with time-limited surveys that offer a free reward but ask for credit card or bank account numbers to cover shipping fees. Vaccination cards don’t need to be purchased.

Other red flags including being contacted and asked to provide personal/financial information, offers to buy a vaccine and have it delivered, and ads for fake vaccines, supplements, vitamins, and “miracle cures”. The Federal Trade Commission has also warned of contact tracers asking for money, ads for home test kits, robocalls, emails that claim to be from the CDC or WHO, and making donations via cash, gift card, or wiring money.

2 Killed and 3 Injured, Including Child, in Wrong-Way Crash on 110 Freeway in Downtown LA

Wednesday, March 31 (NBC Los Angeles) – Two people were killed, including Jasmine Hope De La Cruz, 23, of Bellflower, in a wrong-way crash on Tuesday morning in downtown Los Angeles. According to the California Highway Patrol, the crash occurred at about 2:00 a.m. on the northbound 110 Freeway near 9th Street, when the driver of a Lexus SUV was headed southbound in northbound lanes and collided with a Toyota Corolla, which was then struck by a third vehicle. Both occupants of the Toyota Corolla died at the scene. Briefly trapped, the male driver of the SUV was taken to a local hospital with serious injuries and later arrested; a female passenger and child sustained minor injuries, according to a CHP official.

Tuesday, March 30 (KTLA 5) – Jose Cruz Noguez, 47, of Mexicali, was arrested on Monday at the Calexico Port of Entry as he crossed into the U.S. He was charged on Tuesday with coordinating a smuggling effort associated with the collision between an overloaded SUV and big-rig on March 2; 13 people died in the crash. Noguez faces conspiracy and smuggling charges involving serious injury or placing lives in danger, according to a U.S. attorney’s office statement. The statement also said he was ordered held in custody and assigned federal public defenders.

Prosecutors said Noguez organized a March 2 smuggling run with 25 people crammed into a 1997 Ford Expedition that drove through a hole in a border fence. It was broadsided at an intersection near Holtville, in the Imperial Valley, about 125 miles east of San Diego and 30 miles from the border. Seventeen occupants of the vehicle were Mexican (10 of which died); nine people suffered major injuries, including a 15-year-old girl. The Border Patrol captured video surveillance of the Expedition and a Chevrolet Suburban (which later caught fire) driving through the opening. All occupants of the Suburban escaped and were taken into custody.

Noguez was taken into custody after another suspected smuggler was previously arrested, and who said he offered him $1,000 per passenger to drive the vehicle that crashed, but declined, according to a complaint. A U.S. attorney’s office statement also said Noguez oversees the transportation of individuals who are in the U.S. illegally in exchange for payments. Authorities pursued the arrest after secretly recording a phone call between him and the suspected smuggler in which an exchange of money was confirmed.

Tuesday, March 30 (JD Supra) – Governor Gavin Newsom approved an amendment, California Labor Code section 248.2, on March 29. Covering all state employers with over 25 employees, the new law entitles full-time workers to up to 80 hours of supplemental paid sick leave. It also adds more qualifying reasons for leave, including vaccine appointments, and entitles some employees to retroactive payment. Part-time employees are also entitled to an amount of leave equivalent to the number of hours they regularly work in a two-week period. In addition, the statute caps the amount of paid sick leave at $511 per day and $5,110 in total. A Q&A and mandatory poster on the new law have been published by the state