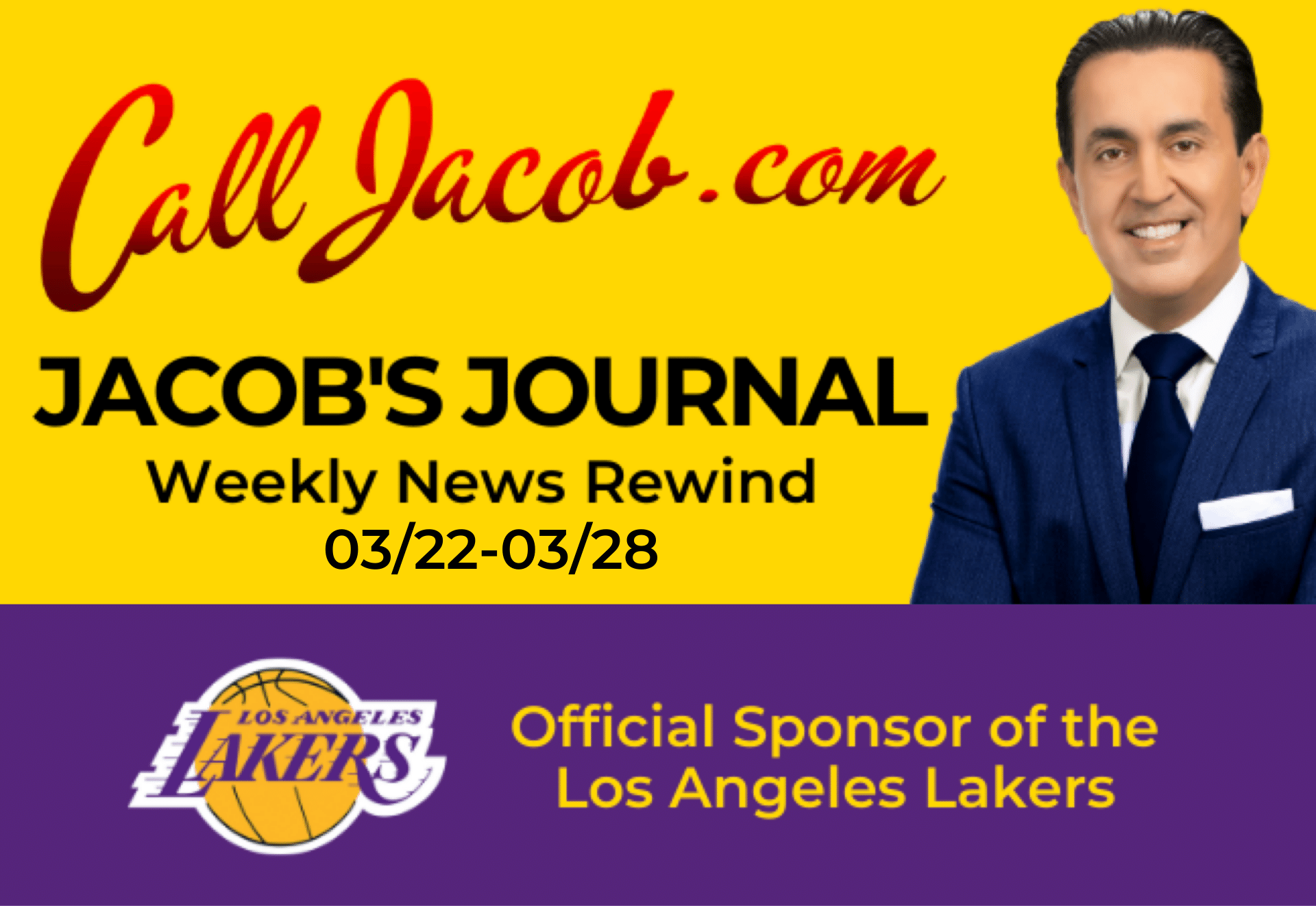 Monday, March 22 (ESPN.com) – Hall of Fame forward and former LA Clippers general manager Elgin Baylor died at age 86 on Monday of natural causes, according to a statement by the Los Angeles Lakers. Baylor played 14 seasons with the Lakers, from 1958 to 1971, and was an 11-time All-Star and 10-time All-NBA selection. For his career, he averaged 27.4 points and 13.5 rebounds per game. He also made eight NBA Finals appearances with the Lakers, holds a single-game Finals scoring record at 61 points, and scored a record 71 points in a game that stood from 1960 until 2006 when it was broken by Kobe Bryant’s 81 points.

Baylor retired in the 1971-72 season due to knee issues. He later coached the New Orleans Jazz for three seasons and as general manager of the Clippers from 1986 to 2009. Claiming he was forced to leave because of age and racial discrimination, he dropped racial discrimination claims against the team in 2011. Before his professional career, Baylor played at Seattle University from 1956 to 1958, where he was named Most Outstanding Player. He was inducted into the Naismith Memorial Basketball Hall of Fame in 1977 and, in 2018, became the sixth person to be honored with a statue by the Lakers.

Monday, March 22 (CBS Los Angeles) – Amidst coronavirus vaccine supply issues, Los Angeles County-run sites expected to receive only 280,000 doses this week, according to a statement by officials on Friday. That is down from the normal shipment of 300,000 to 350,000 doses. However, supplies were sent directly to some providers and could increase if the AstraZeneca vaccine receives federal emergency use authorization. In a statement on Friday, Dr. Paul Simon of the L.A. County Public Health Department anticipated an increase in vaccinations in April and May if supplies permit. As of March 17, the county had administered 3.23 million doses in total.

Tuesday, March 23 (Deadline.com) – On Monday, Los Angeles County health officials reported the average daily rate of new COVID-19 infections fell from 4.1 infections per 100,000 residents last week to 3.7. However, the estimated coronavirus transmission number climbed over the past three weeks, reaching 0.93 in early March. In Orange County, officials said the case rate was 3.5 per 100,000 residents as of Sunday, with an overall positivity rate of 2.1%. This level must be sustained for two more weeks to move into the Red tier, as is the case with Los Angeles and several other counties.

On Tuesday, six counties in Northern California, including San Francisco, were moved to the Orange tier. In these locations, all restrictions for retail and personal care businesses are lifted and restaurants, movie theaters, museums, and other facilities can operate at up to 50% capacity. Capacity is raised to 20% for concerts and live sporting events and 10% to 25% for fitness centers. Disneyland is set to reopen on April 30, but officials continue to watch infection trends as changes in tier status are considered. The number of L.A. residents hospitalized with COVID-19 rose from 713 on Monday to 719 on Tuesday.

Monday, March 22 (Reuters) – According to a teacher’s union approved plan, public schools in the Los Angeles Unified School District are set to reopen next month. Physical classes are tentatively set to resume at elementary and pre-schools by mid-April. Grades 7-12 are scheduled to return to in-person learning around the end of the month. Elementary teachers will be required to work in classrooms unless they have a medical reason to stay remote. For large classes, the union said it was considering outdoor tents. A U.S. government update to COVID-19 guidelines on Friday halves distances between mask-wearing students to three feet; the union said this would not impact its agreement or safety measures.

Wednesday, March 24 (KTLA 5) – Over three months since COVID-19 vaccinations started, 70% of Americans 65 and older have received at least one dose. Virus-related deaths dropped below a daily average of 1,000 for the first time since November. While many states have opened eligibility to all adults and the White House said 27 million doses are ready for distribution next week, Dr. Anthony Fauci remains cautious, citing the high level of new cases. On Wednesday, the U.S. surpassed 30 million confirmed cases, with a death toll of over 545,000.

Experts warn of another surge as Brazil reported 3,000 COVID-19 deaths Tuesday, and as concerns about AstraZeneca’s shot have shaken Europe. U.S. vaccinations have increased to 2.5 million to 3 million shots per day, while daily deaths continue to decline and hospitalizations due to the virus have plummeted nationwide over the past two months. President Biden has pushed to make all adults eligible for vaccination by May 1. But while many employers are bringing workers back, cases are rising in some states and new variants are becoming more dominant.

Monday, March 22 (NBC Los Angeles) – A big rig overturned on the 101 Freeway Monday morning in downtown L.A., blocking the 2, 3, and 4 southbound lanes, according to the California Highway Patrol. Reported at about 2:00 a.m., the accident occurred just north of the Alameda street off-ramp. The cause of the crash or whether there were injuries was unclear. Authorities pulled the rig upright, although lanes were still closed by 8:00 a.m.

Wednesday, March 24 (KTLA 5) – Officials reported that a pursuit driver was taken into custody on Wednesday after crashing into a parking lot in Tarzana. The driver crashed off the side of a 101 Freeway off-ramp, which was reported closed by the California Highway Patrol before 8:40 p.m. A CHP officer said officers first spotted the speeding driver around 7:50 p.m., but it wasn’t clear if he was injured. Video showed officers taking a man away in handcuffs, who had blood on his face. Footage also showed the car upside down, on top of another vehicle, and a downed power pole. Firefighters extinguished the flames.

Wednesday, March 24 (KTLA 5) – The California Highway Patrol reported Wednesday that a 4-year-old girl died following a chain-reaction collision in the Cajon Pass, on the southbound 15 Freeway north of State Route 138. The girl was a passenger of a Ford Explorer, the driver of which stopped to help when he saw a 2014 Hyundai sedan in a solo-vehicle crash. After helping the other driver, he returned to the Explorer. Then an approaching 2016 Kia sedan struck the Hyundai, which then hit the Ford in front of it, the CHP said. The girl was seriously injured by the impact and died several hours after being transported to Arrowhead Regional Medical Center. Authorities are still investigating but don’t believe alcohol or drugs contributed to the crash.

Monday, March 22 (KTLA 5) – The Los Angeles County Sheriff’s Department was investigating an incident on Sunday in which a man drove through a group of protesters in Diamond Bar. The group was protesting against Asian American-Pacific Islander hate crimes. Authorities say the event started around noon at the intersection of South Diamond Bar Boulevard and Grand Avenue. Police are investigating it as a hate incident. There were no injuries reported. The driver was shouting profanities and racial remarks as he passed through the crowd twice.

On Monday afternoon, sheriff’s officials said an investigation is being presented to the Los Angeles County District Attorney’s Offices for possible charges. The incident occurred while rallies were being held in cities across the country against hateful acts, including the killings of eight people in Atlanta recently. Stop AAPI Hate said over 350 hate incidents have occurred in Los Angeles since the pandemic began. U.S. Census data show that Diamond Bar’s population is 58% Asian origin.

Tuesday, March 23 (Times of San Diego) – On Monday, authorities publicly identified Marc Anthony George III, 17, and Haley Takeda, 21, as victims who died following a head-on crash in the Linda Vista neighborhood on Friday night. Takeda was driving a 2020 Mazda 3 on Genesee Avenue near Linda Vista Community Park shortly before 11:00 p.m. when struck by a 2010 Toyota Camry driven by George. He and a 17-year-old boy driving a 2008 Nissan Altima, according to investigators, were racing on Genesee Avenue when the Toyota sideswiped the Nissan and collided with the Mazda 3. Two passengers in the Mazda suffered life-threatening injuries while two people in the Toyota suffered serious injuries.