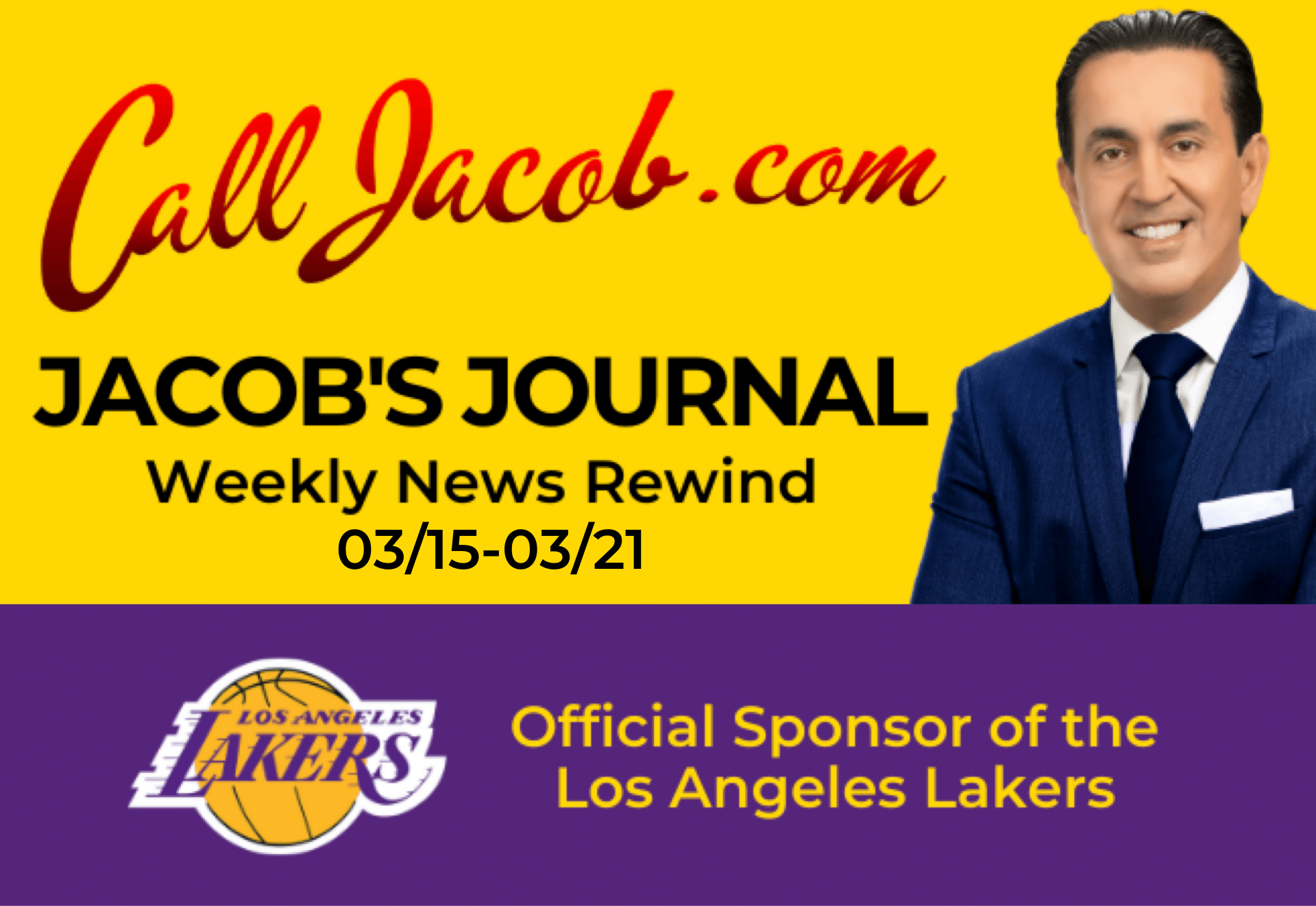 Californians with Certain Health Conditions, Disabilities Can Now Sign Up for COVID-19 Vaccine

Monday, March 15 (KTLA 5) – On Monday, California expanded eligibility for the COVID-19 vaccine to about 4.4 million people. People aged 16 to 64 with cancer, chronic kidney disease, chronic pulmonary disease, down syndrome, are immunocompromised from an organ transplant, are pregnant, have sickle cell disease, heart conditions, severe obesity, or Type 2 diabetes mellitus can receive the vaccine. The decision also applies to people with disabilities under certain circumstances. Family members who care for individuals at high risk are eligible as well.

Eligible people in these groups can be inoculated at a mass vaccination site, but officials strongly encourage them to be vaccinated by a primary health care provider. Public transit workers and individuals who work in homeless shelters, detention facilities, and other congregate residential settings are also eligible. The expansion comes as vaccine supplies remain limited, while state data shows less than half of Californians 65 and older have been vaccinated so far.

Wednesday, March 17 (ABC 7) – On Wednesday, Los Angeles County officials said COVID-19 cases and hospitalizations continued to trend downward, raising hopes the region could move into the orange tier of California’s reopening plan. Also, there were 75 new deaths from the virus, according to L.A. County Public Health Director Dr. Barbara Ferrer, including one person under age 18. However, on Monday, the county reported an increase in the transmission rate from 0.79 to 0.87 over the past week.

As schools prepare to reopen, health officials are encouraging administrators to allow parents to continue distance learning. Vaccination efforts are ramping up in places like the city of Vernon, which has a mobile health clinic able to reach job sites. It is one of many cities now allowed to reopen restaurant dining rooms, movie theaters, and gyms. In Orange County, where the virus is also declining, Disneyland and Disney California Adventure Park are set to open on April 30, with limited capacity.

Tuesday, March 16 (CBS Los Angeles) – On Tuesday, Cambridge-based company Moderna announced a study of the coronavirus vaccine on children from 6 months to up to 12 years. The two-part study will examine how children tolerate the vaccine and determine whether it is safe and effective. Previously, Moderna had been studying the vaccine on those in the 12-to-17 age bracket. The company is expected to enroll 6,750 healthy children in the U.S. and Canada in the study, called kidCOVE. Children will be followed for a year after receiving their second shot. Commenting on the study, CBS News medical contributor Dr. David Agus said vaccinating kids is critical to ending the pandemic.

Tuesday, March 16 (ABC 7) – The LAFD reported a pedestrian died after being struck by a Metrolink train in the San Fernando Valley on Tuesday. It said the collision occurred at about 6:45 a.m. At the time, Metrolink train 102 was en-route to Los Angeles on the Ventura County Line; the victim was hit at the 7400 block of North Coldwater Canyon Avenue. Authorities then closed the road at Raymer Street. The victim’s identity was not disclosed, while the Los Angeles County Sheriff’s Department was conducting a death investigation.

Monday, March 15 (Patch.com) – A victim killed in a crash on Interstate 215 Monday morning was later identified as Sea-Jay Cameron, 43, by the Riverside County Sheriff-Coroner’s Bureau. The crash was reported at about 12:42 a.m. in Murrieta, on the southbound side of the freeway near Clinton Keith Road. Driving a 2012 Volkswagen Jetta in the slow lane, Cameron veered into the #2 lane and struck a 2013 Ford F-150 truck, which pushed the sedan onto the freeway shoulder. It then it struck and knocked over a light pole, the California Highway Patrol said.

The downed poll then landed in the #3 lane and was struck by a 2020 Hyundai Kona. The Murrieta woman driving the vehicle was uninjured as were two San Diego residents inside the Ford truck. According to the CHP and the coroner, Cameron died at 4:52 a.m. Monday after being taken to Wildomar’s Inland Valley Medical Center.

Tuesday, March 16 (CBS News) – Craig Voss, 71, was driving a Volvo station wagon when it plowed through a homeless encampment in downtown San Diego on Monday morning. Three people were killed and six others injured. The incident occurred shortly after 9:00 a.m. when Voss was passing through a tunnel underneath a community college campus, according to police. Arrested at the scene, he faces three counts of vehicular manslaughter, a felony DUI, and five counts of causing great bodily harm. Police say additional charges may be filed. San Diego police said the people may have moved under the bridge to avoid the rain, and that Voss was cooperative and tried to help victims at the scene.

Wednesday, March 17 (The San Diego Union Tribune) – On Wednesday, former NBA player Shawn Bradley, 48, disclosed he was paralyzed after being struck by a vehicle on January 20 while riding his bike. The accident caused a traumatic spinal cord injury, according to a statement issued through the Dallas Mavericks. The 7-foot-6 Bradley was riding near his home in St. George, Utah, when hit, and has been hospitalized since. He has undergone neck fusion surgery and rehabilitation. The statement revealed he plans to now help “bring greater public awareness of the importance of bicycle safety”.

Bradley played one season at Brigham Young University before traveling to Australia for missionary work. He was drafted after returning and played with the 76ers and New Jersey Nets, from where he was traded in 1997 to the Mavericks. The season he was traded, Bradley averaged an NBA-best 3.4. While a freshman at BYU, he scored an average of 14.8 points per game.

Wednesday, March 17 (KYMA.com) – On Wednesday, the Department of Homeland Security asked for the public’s help in searching for human smugglers responsible for the crash of an overloaded SUV on March 2. The wreck in Holtville left 13 people dead, mostly undocumented Mexican and Guatemalan migrants, and also the driver. Two vehicles had earlier crossed the border through a 10-foot section of fence cut by smugglers, according to the U.S. Border Patrol. The DHS is now working to track down a human smuggling network that organized the caravan. Anyone with information can call the DHS’s tipline at (760) 335-5343.