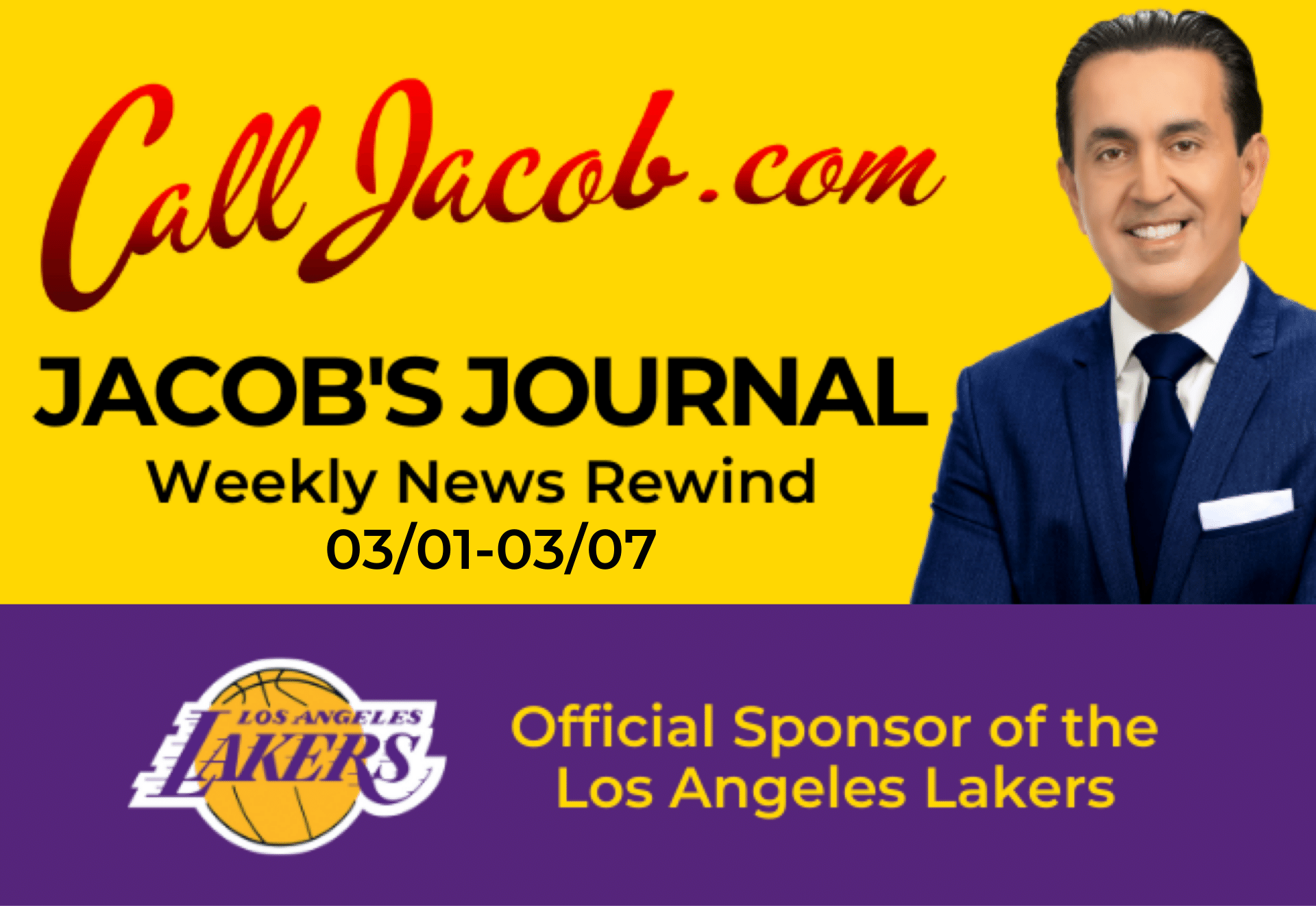 Monday, March 1 (CBS Los Angeles) – California Governor Gavin Newsom said about 380,000 doses of the Johnson & Johnson COVID-19 vaccine were expected to arrive in the state this week. On Saturday, the vaccine received emergency use authorization from the Food and Drug Administration (FDA). The single-shot vaccine can be stored in standard refrigerators for up to three months, CBS News said. In clinical trials, it was 85% effective in preventing severe infection in vaccinated individuals tracked up to 28 days later; no hospitalizations or deaths were reported in the clinical trials.

Tuesday, March 2 (CBS Los Angeles) – On Tuesday, 1,407 new COVID-19 cases and 91 deaths were reported by the Los Angeles County Department of Public Health. The total number of cases countywide rose to 1,194,242 with 21,554 deaths. L.A. County remains in the most restrictive purple tier as the rate of COVID-19 transmission is decreasing. The adjusted case rate is now 7.2 cases per 100,000 residents with a test positivity rate of 3.5%, bringing the county close to meeting thresholds for the less restrictive red tier. The health department also noted a decrease in new homelessness cases; also, the overall test positivity rate remained steady at 19%, while the daily rate is falling.

Thursday, March 4 (NBC Los Angeles) – Three people were injured when a car crashed through a homeless encampment in Brentwood on Thursday morning. Emergency crews responded to the crash at about 12:30 a.m., at the 11500 block of W. San Vicente Boulevard, according to the LAFD. Fire department crews searched tents for injured victims. Three individuals were taken to the hospital, while crews used special equipment to remove the vehicle. The cause of the incident was not immediately known.

Wednesday, March 3 (ABC 7) – A Chevy Malibu being chased by Los Angeles County sheriff’s deputies for a traffic violation crashed into a car in the Fairfax District Tuesday night, killing an innocent person. The crash occurred near Fairfax Avenue and Third Street, the LAFD said. Aerial footage showed the front end of the suspect’s vehicle in flames; the small blue sedan involved in the crash was wedged between a tree and the wall of a Citibank building. While the victim was removed by the Jaws of Life, they later died; the suspect was taken to the hospital in unknown condition.

Monday, March 1 (ABC 7) – Two people were killed and two Riverside County sheriff’s personnel hospitalized after an Amazon Prime delivery truck crashed into a patrol vehicle on Saturday. The sheriffs were investigating an initial crash, which took place at 5:54 p.m., at Van Buren Boulevard and 56th Street, said a California Highway Patrol spokesperson. A community service officer then blocked a southbound lane of Van Buren with his patrol vehicle, which was struck by the delivery truck, pushing it into four pedestrians. Two sheriff’s personnel sustained major injuries and were taken to a local hospital; the other two people died at the scene. The truck driver, complaining of pain, was transported to a hospital; alcohol or drugs were not believed to be factors in the crash, according to the CHP.

Wednesday, March 3 (ABC 7) – On Monday, officials executed a search warrant to obtain data from the “black box” of the Hyundai Genesis GV80 SUV driven by golf star Tiger Woods during a February 23 crash in Rancho Pales Verdes. Los Angeles County Sheriff’s Deputy John Schloegl said the department is looking into whether a crime was committed and if anyone else was involved. Officials did not seek a warrant to get a blood sample from Woods and added he has been cooperating with the investigation. After the crash, he underwent surgery at Harbor-UCLA Medical Center for injuries to his right leg and ankle, and was later transferred to Cedars-Sinai Medical Center.

Tuesday, March 2 (CBS 8) – A convoy of military trucks headed to Camp Pendleton on interstate 5 crashed before 7:00 a.m. on Tuesday, killing a 26-year-old serviceman and injuring five other Navy Seabees. Three men and two women in their early 20s were transported to hospitals in Orange County. Members of Naval Mobile Construction Battalion 5, based in Ventura County, the sailors were passing through San Onofre when one of the five vehicles slowed, causing other trucks to collide with one another, the California Highway Patrol reported. Three lanes remained closed for investigation until about 3:00 p.m.

Wednesday, March 3 (NBC Los Angeles) – The northbound 15 Freeway in Eastvale was closed for hours following a crash involving a wrong-way SUV driver and a big rig. According to the California Highway Patrol, the crash was reported at about 3:30 a.m. near Cantu-Galleano Ranch Road. The CHP said the SUV was traveling southbound on the northbound side at the time of the accident; the semi and its trailer then became engulfed in flames. Two lanes were reopened at about 4:40 a.m.